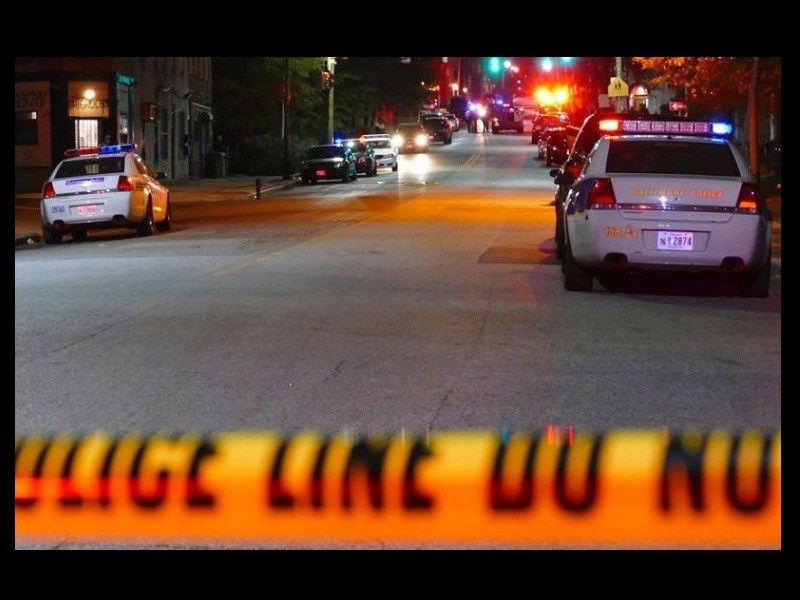 Following a record year in per-capita homicides, Baltimore’s mayor on Friday fired the city’s police commissioner after roughly 2 ½ years at the helm, saying a change in leadership was needed...
by Katricia Brown January 19, 2018 525 Views

Following a record year in per-capita homicides, Baltimore’s mayor on Friday fired the city’s police commissioner after roughly 2 ½ years at the helm, saying a change in leadership was needed to reduce violent crime more quickly.

Mayor Catherine Pugh announced that Deputy Commissioner Darryl DeSousa, who has steadily risen through the ranks during a 30-year career with the police department, will take Commissioner Kevin Davis‘ place immediately. 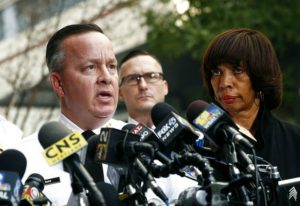 “My decision is because I’m impatient,” Pugh said at a news conference at City Hall. “My decision is based on the fact that we need to get these numbers down. … I’m looking for new and creative, innovative ways to change what we’re seeing here every day.”

While violent crime rates in Baltimore have been notoriously high for decades, Baltimore ended 2017 with 343 killings, bringing the annual homicide rate to its highest ever — roughly 56 killings per 100,000 people. Baltimore, which has shrunk over decades, currently has about 615,000 inhabitants.

DeSousa, a 53-year-old city resident who joined the department in 1988, pledged to reduce violent crime in large part by putting more uniformed officers on the streets and saturating “hot spots,” an effort he said is already underway. Additional uniformed officers began rolling out in waves starting at 9 a.m., he said at the news conference, some heading out to what he described as “problematic businesses.”

DeSousa said he had a message for the city’s violent repeat offenders, a rotating cast of so-called “trigger pullers” that law enforcers have long said are responsible for an outsized percentage of the city’s high crime rates.

“District commanders in all nine districts know who they are and we’re coming after them. And I want to let everybody know that it will be done in a constitutional manner,” DeSousa said.

He says he’s looking forward to the challenge of his new leadership job and will approach his role as a strategic thinker who knows the ins-and-outs of the department’s operations as well as law enforcement approaches that have had success in other U.S. cities.

“Anyone who knows me knows that I’m a chess player, and I don’t like to be outwitted,” he told reporters. 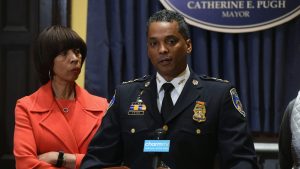 DeSousa has served in just about every police department role over the years and in 2017 was assigned to lead the patrol bureau, the largest in Baltimore’s force. His appointment will be made permanent following “appropriate approvals,” Pugh’s office said.

He appears to have the backing of the City Council and a number of Baltimore’s activists. Councilman Brandon Scott, who described DeSousa’s promotion as a “great decision,” said he has received numerous phone messages from community organizers praising the move.

“Never before did I get text messages from community leaders saying, ‘Thank you, this is the right choice,’” Scott said, describing the three previous times during his career as an elected official that a Baltimore police commissioner was replaced.

The change comes as a monitoring team is overseeing court-ordered reforms to Baltimore’s police department as part of a federal consent decree reached last January between Baltimore and the U.S. Justice Department due to widespread discriminatory and unconstitutional policing.

Sherrilyn Ifill, president of the NAACP Legal Defense and Educational Fund, said Davis had shown “unyielding commitment” to those reforms and they trust that DeSousa will bring “the same commitment to the consent decree process and to community-oriented reform.”

Davis, previously chief of police in Maryland’s Anne Arundel County and assistant chief in Prince George’s County, was sworn in as Baltimore’s commissioner in October 2015 after serving on an interim basis for several months. He replaced Anthony Batts, who was fired after homicides spiked following the death of Freddie Gray, a black man whose fatal spinal cord injury in police custody triggered massive protests that year and the city’s worst riots in decades.

Prior to 2015, Baltimore’s killings had generally been on the decline.

In a statement, Pugh — who took office as mayor in December 2016 and has said reducing crime is her No. 1 priority while boosting police recruits and improving long-neglected neighborhoods — described Davis as “hardworking.” A city initiative to chip away at violent crime by focusing attention on five troubled zones started in October, and the mayor believes it has been paying off.

“I am grateful to Commissioner Davis for all that he has done to implement the initiatives underway to address violent crime at its root causes,” she said.

Mo’Nique calls for a boycott