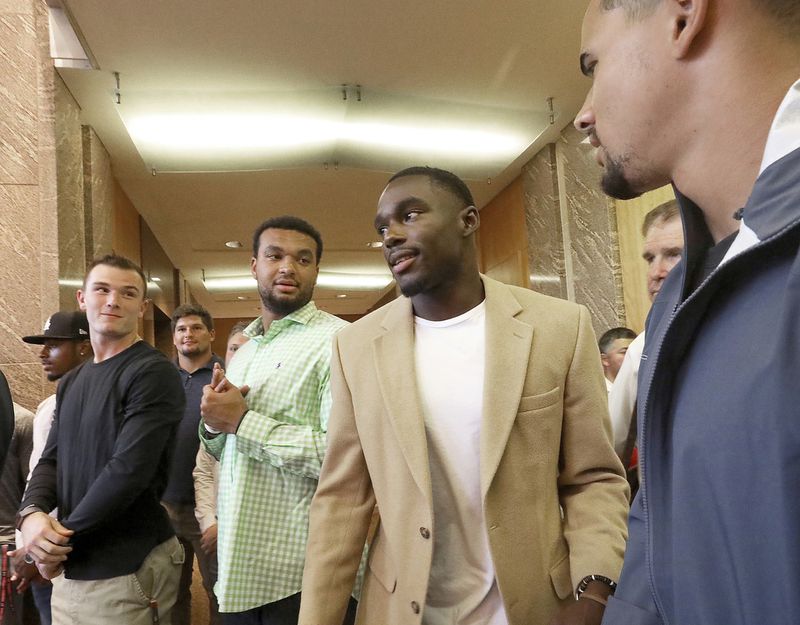 Former Wisconsin receiver Quintez Cephus has been cleared to return to school after a jury acquitted him of sexual assault charges.The school announced Chancellor Rebecca Blank’s decision in a...
by Joy Smith August 19, 2019 248 Views

Former Wisconsin receiver Quintez Cephus has been cleared to return to school after a jury acquitted him of sexual assault charges.The school announced Chancellor Rebecca Blank’s decision in a statement Monday that said the university had obtained information that wasn’t provided during a student conduct review. The statement said sanctions against Cephus have been “reduced” and his expulsion has been lifted, though some conduct violations were upheld.The statement didn’t elaborate. Wisconsin spokesman John Lucas said he had no information on what the school had learned and declined to comment on what conduct violations were upheld. 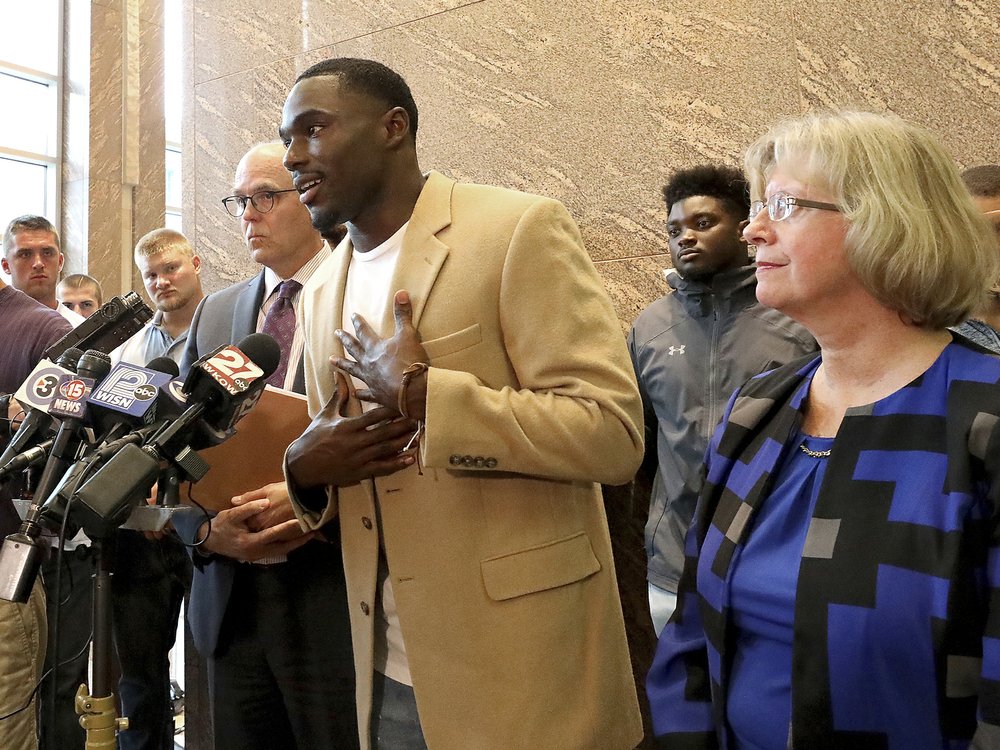 Cephus’ attorney, Stephen Meyer, issued a statement thanking Blank for giving Cephus “his life back in time to pursue his academic and athletic dreams.”

Meyer said he believed the new information mentioned in the school’s statement was 250 pages of court documents he supplied when Cephus requested reinstatement Aug. 6.

He said the only conduct violation that was upheld was sexual harassment. He said that violation stems from Cephus asking his roommate and fellow receiver, Danny Davis, to take a picture of the two women he was accused of assaulting as they slept in his room. Davis, a junior, was suspended for the first two games last season

Wisconsin coach Paul Chryst has said he would welcome Cephus back. It wasn’t immediately clear when he would return to the team. Wisconsin football spokesman Brian Lucas said he didn’t have any information on a possible date and a previously scheduled post-practice availability with players Monday was canceled “in light of today’s news.” 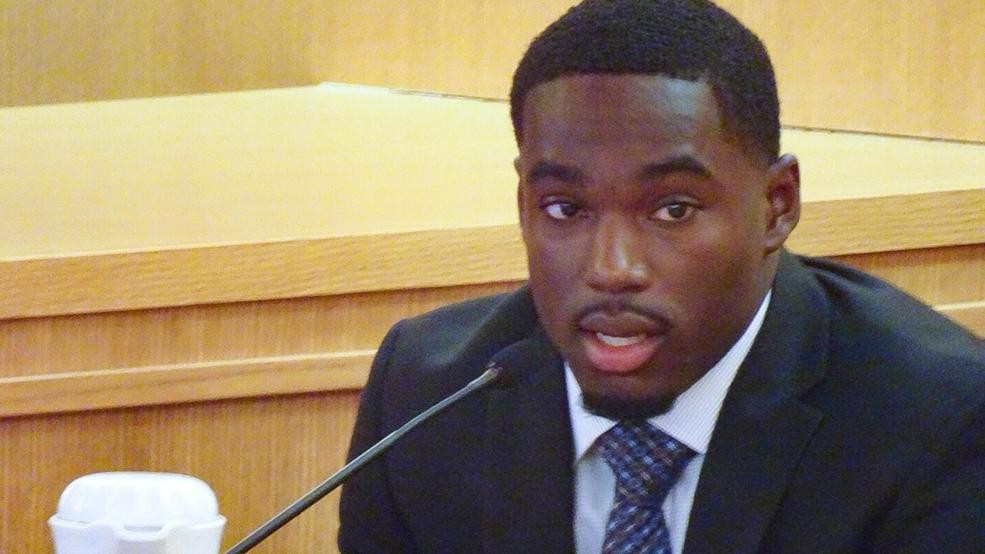 Cephus, 21, of Macon, Georgia, was suspended from the team in August 2018 after he was charged with second- and third-degree sexual assault. Prosecutors charged him after two women came forward and accused him of sexually assaulting both of them on the same night in his apartment in April 2018 when they were too drunk to consent.

Cephus countered that the sex was consensual and was arranged by one of his accusers. The school expelled him earlier this year for violating its nonacademic misconduct code. 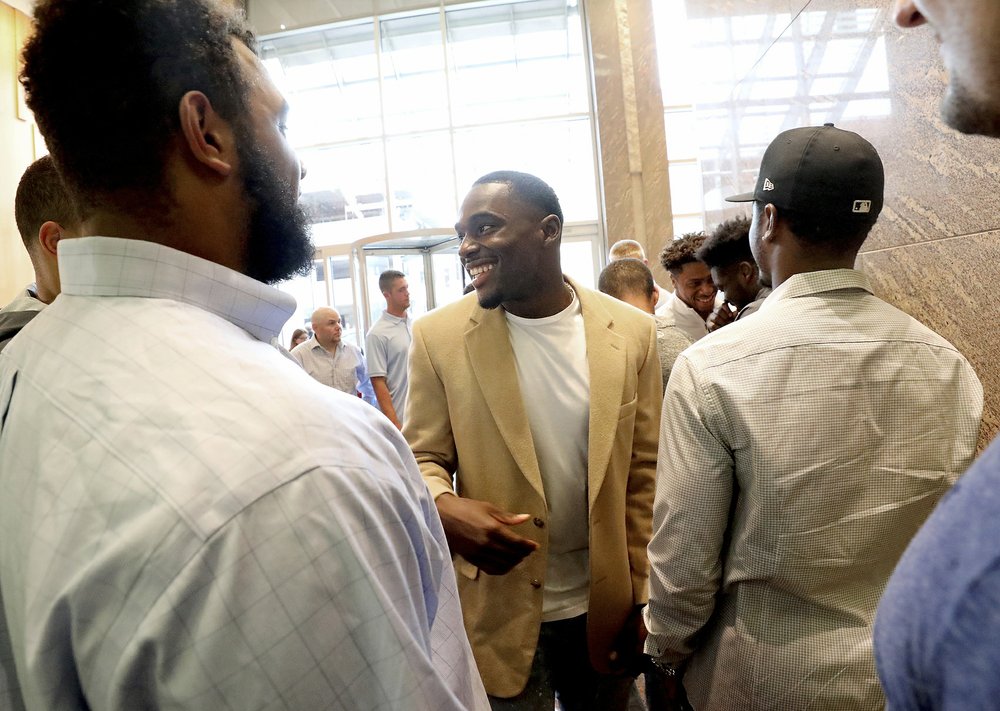 A jury acquitted him Aug. 6 after deliberating for less than an hour. Meyer and Cephus’ former teammates have been pressuring Blank to let Cephus return to school since then. Quarterback Jack Coan and running back Jonathan Taylor, a Heisman Trophy contender, appeared at a news conference last week urging Blank to reinstate him.

Cephus, a 6-foot-1 junior, was a standout receiver for the run-first Badgers before he was expelled.

He played a combined 23 games in 2016 and 2017. He accumulated 501 yards receiving in the 2017 season and led the team with six touchdown catches despite breaking his right leg in November of that year and missing the final five games of the season. He was entering his junior year of eligibility.

Blank, the chancellor, was caught between the black community and sexual assault victim advocates as she pondered whether to reinstate Cephus. Meyer urged her last week not to reinforce what he called the stereotype that black men are sexually aggressive. 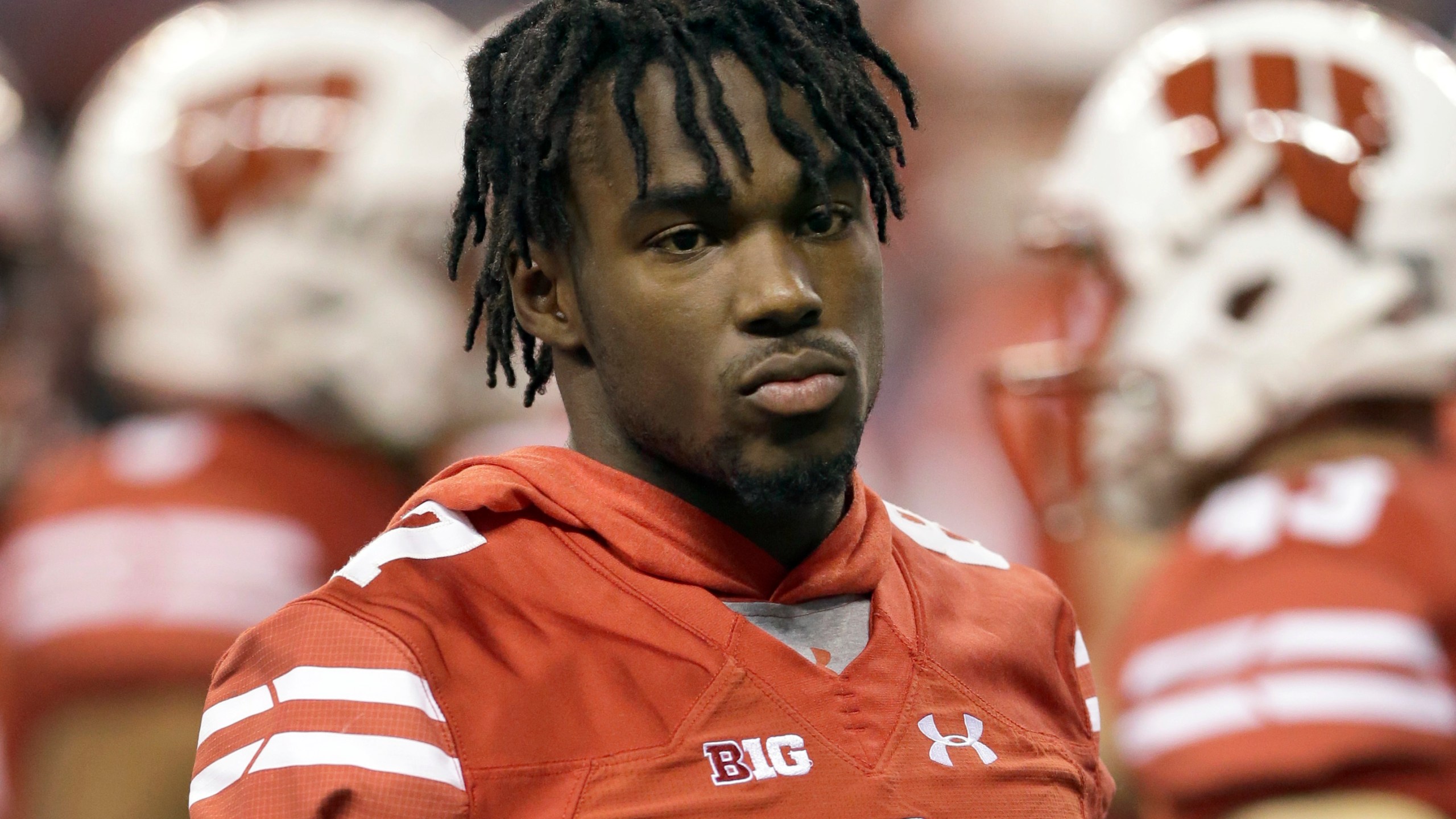 Marcus Allen, president of the African-American Council of Churches Madison and pastor at the Mount Zion Baptist Church that Cephus attends, said he was grateful Blank decided to allow Cephus to go on with his life.

“If he was found innocent why shouldn’t he be allowed to return to his normal way of life?” Allen said. “We stand on the side of justice and justice said he was innocent.”

“Our university continues to be prepared to listen and respond,” she said.