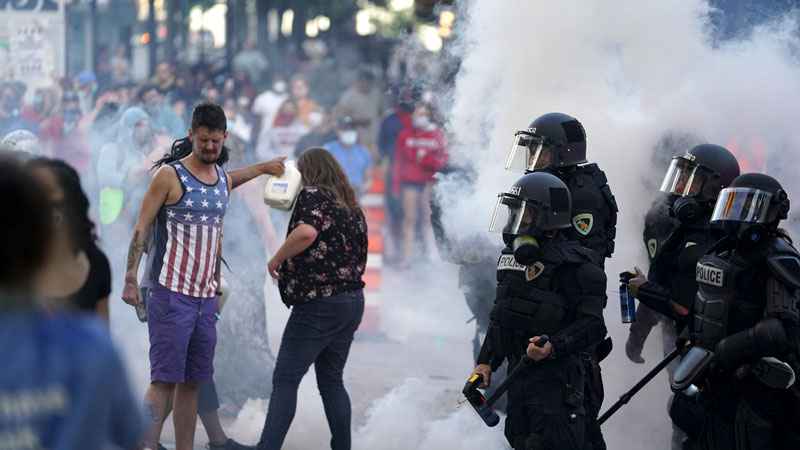 Wisconsin city refuses to arrest rioters, but hands out hefty fines to churches with more than 50 worshipers

There have been violent riots in Wisconsin’s capital of Madison, where a group of about 150 demonstrators threw rocks at police officers on Saturday night, according to WITI-TV. At least...
by Zach Freeman June 1, 2020 297 Views

There have been violent riots in Wisconsin’s capital of Madison, where a group of about 150 demonstrators threw rocks at police officers on Saturday night, according to WITI-TV. At least 75 stores were damaged or looted overnight. Despite the bedlam and property damage, the Madison Police Department only made three arrests.

Police in riot gear on State Street. Madison has now joined other cities where buildings have been damaged and looted. Fights are breaking out between protestors. Our @nbc15_madison team is #LIVE right now on Facebook. Watch here: https://t.co/WELCrlPsA3 pic.twitter.com/eRoMI3U8S7

While Madison didn’t do much to prevent the barrage of looting in the city, officials want citizens to know that church services of more than 50 people will absolutely not be tolerated.

The @nbc15_madison drone captured video of crowds of 'Justice for George' protesters marching from the Capitol Square to the Madison police station. #NBC15 pic.twitter.com/RY0mCVPk8B

According to the City of Madison’s website, “Mass Gathering inside a commercial facility is permitted with fifty (50) individuals or less. Individuals must maintain physical distancing.”

Wisconsin priests were reportedly warned by health officials from Madison and Dane counties that if they opened their churches and had crowds of more than 50 people at their religious services, they face a fine of $1,000. The letter sent out to religious leaders allegedly threatened that there could be “government watchers” present at church services.

CHURCH FINES? Several Madison, WI priests say health officials warned about a $1,000 fine if they had more than 50 people at Mass today. One posted this letter, saying they were lead to believe “government watchers” would be present: pic.twitter.com/bke5J5dNuM

However, hundreds of people protesting and rioting will not warrant any fine whatsoever in Madison.

It doesn’t appear that people are practicing social distancing in Madison.

U.S. heads into a new week shaken by violence and outrage over police killings