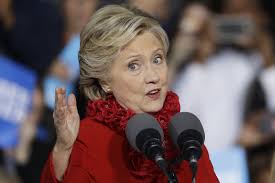 Will Hillary make a return for the presidency? Team Clinton Answers Rumors!

Clinton teases interviewer who confused Holder and Booker: ‘They all look alike’MORE is not running for president again, longtime advisers and confidants said on Monday as they pushed back on reports...
by Joy Smith October 30, 2018 512 Views

Clinton teases interviewer who confused Holder and Booker: ‘They all look alike’MORE is not running for president again, longtime advisers and confidants said on Monday as they pushed back on reports that the 2016 Democratic nominee is weighing another White House run.

The allies acknowledge Clinton is wistful about what could have been had she won the presidential election against Donald Trump and wants to continue to help the Democratic Party. But they say her plans do not include another presidential bid.

Another longtime confidant added, “She’s not running. I think it would be pretty damn clear if she was.”

Confidants say there isn’t anyone behind the scenes trying to sway her to enter what is expected to be a crowded 2020 field. Likewise, there aren’t any internal discussions about the presidential race and there isn’t a ramp up of staff either.

That’s all vastly different from the same time in the previous presidential cycle when donors were beginning to line up months before she announced her candidacy, the super PAC Ready for Hillary was formed and a pre-campaign organization began to increase staff.

Clinton also doesn’t have the continued backing of some Democrats who believe it’s time for a new face to lead the Democratic Party.

In fact, since losing the election, some Democrats have been angry that Clinton has continued to remain in the spotlight — first in a series of interviews and then during the tour for her book, “What Happened.”

Still, some Clinton diehards — who point out that she defeated Trump in the popular vote — still want to see some vindication.

“I think a lot of people definitely think she was screwed in this last election but no one is urging her to do this,” the confidant said. “That doesn’t mean people don’t think the world of her. But the point of it is, it’s not a real thing.”

In recent weeks, some have wondered if that was true.

After all, Hillary Clinton along with her husband are set to begin a 13-city speaking tour next month that will continue until May. She has also taken an active presence in Democratic circles, appearing alongside candidates such as Andrew Gillum, the Tallahassee mayor running for governor of Florida.

The speculation about another Clinton White House turned to a full boil after an event Friday with Recode’s Kara Swisher. At the event, Swisher asked Clinton if she wants to run again.

“No,” Clinton said, after supporters in the crowd voiced their dissatisfaction. “No.”

Swisher prodded, “That was a pause.”

Seconds later, Clinton added laughing, “Well I — Well, I’d like to be president.”

“Look, I think, hopefully, when we have a Democrat in the Oval Office in January of 2021, there’s going to be so much work to be done,” she said. “The work would be work that I feel very well-prepared for having been in the Senate for eight years, having been a diplomat at the State Department. It’s just gonna be a lot of heavy lifting.” 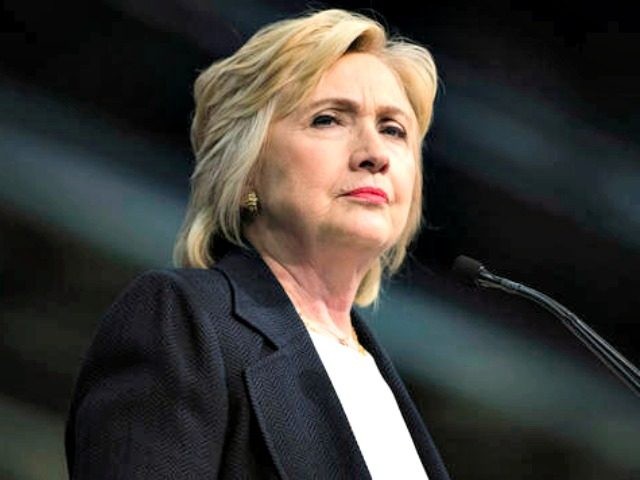 But, Clinton added, “I’m not even going to think about it until we get through this Nov. 6 election about what’s going to happen after that.”

The news that she might enter the mix in 2020 was part of the discussion of Monday’s news cycle when staunch Clintonites were asking about Clinton’s prospects.

Former Virginia Gov. Terry McAuliffe — who has presidential aspirations of his own — told MSNBC’s Hallie Jackson that Clinton will “never be on the ballot again.”

“It’s hard for Hillary,” McAuliffe said. “She got 3 million more votes than Donald Trump did in the last presidential election. But I feel confident in saying I think Hillary is never going to be on the ballot again, I think she is done running for elected office. She’s going to be out helping candidates. But I feel very confident in saying she’s not going to run for president.”

With so much speculation about what Clinton said, Swisher also felt the need to weigh in.

“Tweeps, simmer down,” she wrote on Twitter. “While it perhaps sounded like @HillaryClinton refused to rule it out, my take is she was basically implying she wishes she were president but doesn’t relish running again.”

Still, the discussion was welcome news to Republicans who believe that they would easily coast to reelection if Clinton ran for office again.

“2020 Hillary Clinton comes with the same flaws as 2016 Hillary Clinton, but her negative qualities have only been exacerbated with time,” said Alexandra Smith, executive director of America Rising PAC. “From impertinent comments about Trump voters to using the broke [Democratic National Committee] as a cash cow, she’ll have even more explaining to do.”

One longtime adviser maintained that Clinton is unlikely to run “and I’m not sure how I feel about it myself. Would hate for her to run and lose again.”

Still, if she did decide to run, the adviser added, “My recommendation would be for it to be unlike any she (or others) has mounted before. It ought to be barebones, unscripted …

“While many of her public appearances and statements to date have been framed in terms of the ‘resistance’ I believe she should not position any exploratory effort as an anti Trump movement or as a 2016 rematch … daring to be far different in the approach — both in terms of the logistics and the message — is the best hope for changing the conversation and inviting a fresh look.”

Suspicious package reported at New York Times is in the clear!