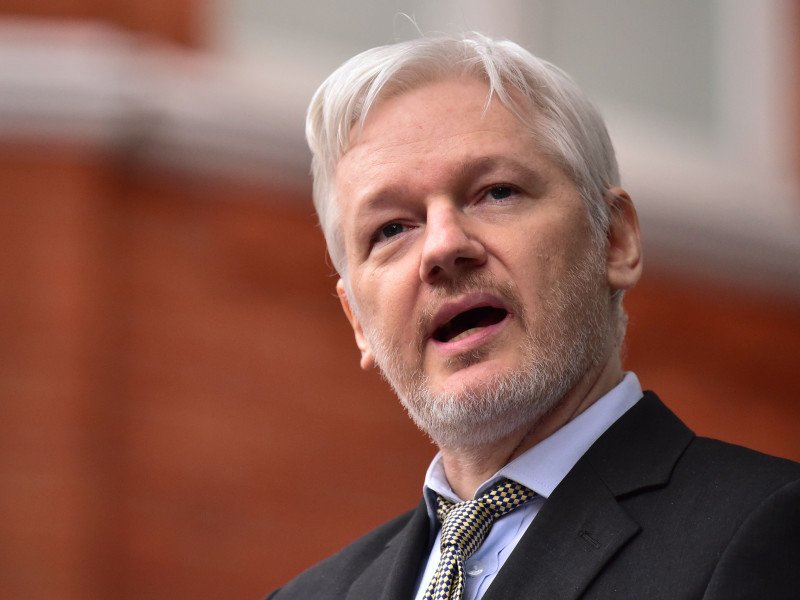 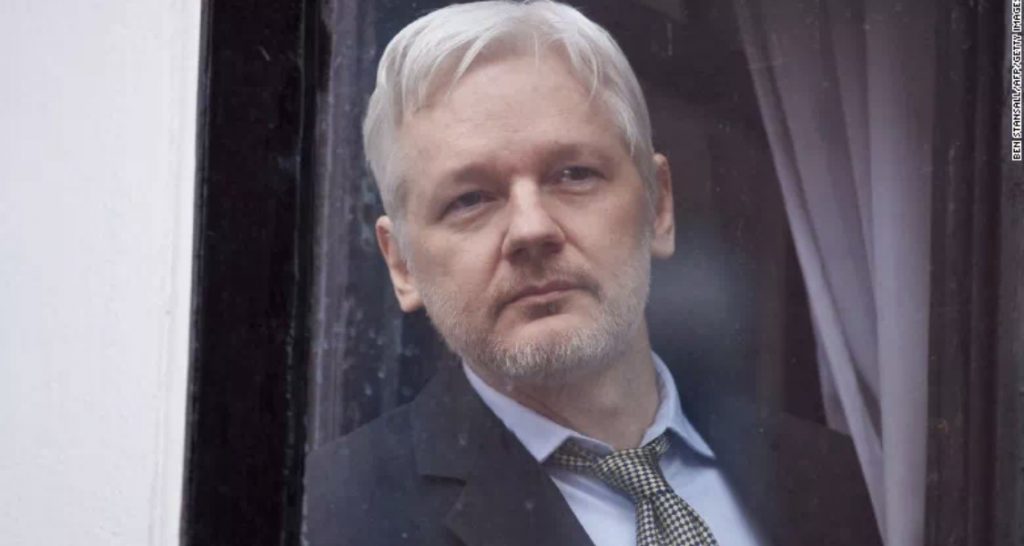 Speaking at a news conference in Quito, Espinosa said Assange was granted naturalization on December 12.

She called the measure “one more ring of protection” for Assange, who has been holed up at the Ecuadorian Embassy in London since 2012 in an effort to avoid a Swedish arrest warrant on rape allegations – a charge he has always denied. Sweden dropped the charges in May 2017, but Assange remains the subject of a UK arrest warrant.

Assange, 46, has previously expressed concern that if he leaves the Ecuadorian embassy in London he could end up being extradited to the US, where he fears facing the death penalty over allegations of revealing government secrets through WikiLeaks.
Espinosa said that in December, the Ecuadorian government requested diplomatic status for Assange, pointing out that his Ecuadorian naturalization reinforces his status as “protected.”

“The Government of Ecuador recently requested diplomatic status for Mr. Assange here in the UK. The UK did not grant that request, nor are we in talks with Ecuador on this matter. Ecuador knows that the way to resolve this issue is for Julian Assange to leave the embassy to face justice,” the UK Foreign Office said in a statement.
In a briefing Tuesday, Espinosa said Ecuador will continue to pursue a dialogue with the UK to eventually remove Assange from the embassy. She added that Ecuador was exploring the possibility of third-country mediation.

“We will continue to protect Julian Assange while his physical and psychological integrity are at risk,” Espinosa said. “We are a country that defends human rights and additionally, a country that respects international law.”

A 2016 United Nations report concluded that the WikiLeaks founder had been arbitrarily detained by Sweden and the United Kingdom. Assange’s legal team has called on UK and Swedish authorities to end his “deprivation of liberty, respect his physical integrity and freedom of movement, and afford him the right to compensation.”

“Statement by Mr Assange’s legal team responding to yesterday’s news: “The UN ruling, issued almost two years ago, is crystal clear in its language, Mr Assange is unlawfully and arbitrarily detained by the UK authorities and must be released.””
— @WikiLeaks (@wikileaks)

“The UN ruling, issued almost two years ago, is crystal clear in its language, Mr Assange is unlawfully and arbitrarily detained by the UK authorities and must be released,” Assange’s legal team said on Twitter.

“We believe Julian Assange’s situation, from a human perspective, is not sustainable. A person cannot live in these conditions forever. And we are very respectively looking with the United Kingdom to find mechanisms that lead to a solution,” Espinosa added.