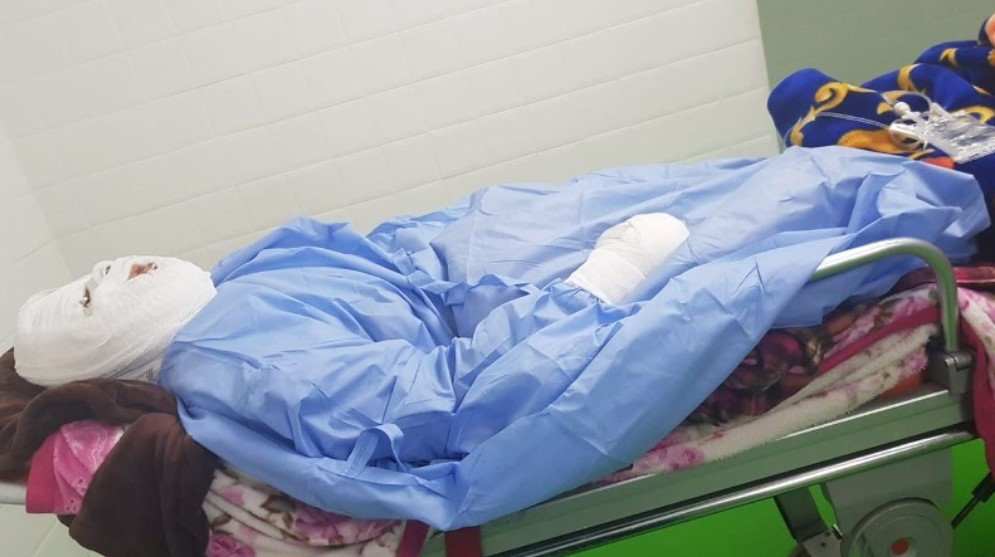 A MOTHER has been left blinded and mute with her face completely warped to the point where she is ‘unrecognizable’ to her two daughters and friends after her husband...
by Zach Freeman February 3, 2020 162 Views

A MOTHER has been left blinded and mute with her face completely warped to the point where she is ‘unrecognizable’ to her two daughters and friends after her husband attacked her.

The woman’s deranged monster of a ‘husband’ allegedly poured boiling oil over her face while she slept.

The attack on the impoverished Moroccan cleaner and mom, known only as Zohra, allegedly happened in December. Her husband was arrested soon after.

She was taken to Muhammad Khamis hospital in Meknes in a critical condition, where she has been forced to endure multiple skin grafts and now faces mounting medical bills.

Pictures have emerged of the victim, lying helplessly and in agony on a stretcher with her face, head and hands wrapped in white bandages, leaving only small gaps for her blood-encrusted lips and eyes following the premeditated domestic attack.

Now in her third month of treatment, she is alone and crippled by the horror that she has endured and cannot support herself or her two teenaged daughters financially.

According to her friends Anisa Rasul and Tahir Anwar she has to pay £37 a day for essential medication as well as the cost of the three operations, including skin grafts and eye surgery, that she has had to endure.

OIL MELTED HER HANDS AND FACE

Speaking from southern Yemen, Anisa, who is originally from Newcastle, told The Daily Star that Zohra was her cleaner for three years.

She said: “They took skin from her thighs and applied it to her face.

“There is no [public] medical care in Morocco, so everything costs. And it’s not cheap, so she very much needed our support.”

She continued: “I love her dearly. She was in my home five days a week and she was part of our family.

“She is of course unrecognisable. Her face although healing is completely different she looks like a different lady.”

Anisa also expressed concerns about a culture of violence against women in Morocco.

She said: “I lived in Morocco for three years and saw terrible crimes against women. It’s normal there.

“I saw domestic violence regularly and women beat by men in their homes, yet when it’s reported to the police they turn a blind eye. It is disgusting.”

It is believed Zohra’s husband is still in custody awaiting sentencing.

So far 97 people have contributed to the medical fund, with over £3,000 raised.

According to the UN national studies show that up to 70 per cent of women have experienced physical and or sexual violence from an intimate partner in their lifetime.

It is estimated that 87,000 women were intentionally killed in 2017 globally, more than half by intimate partners or family members.

You can contribute to the fundraiser here.