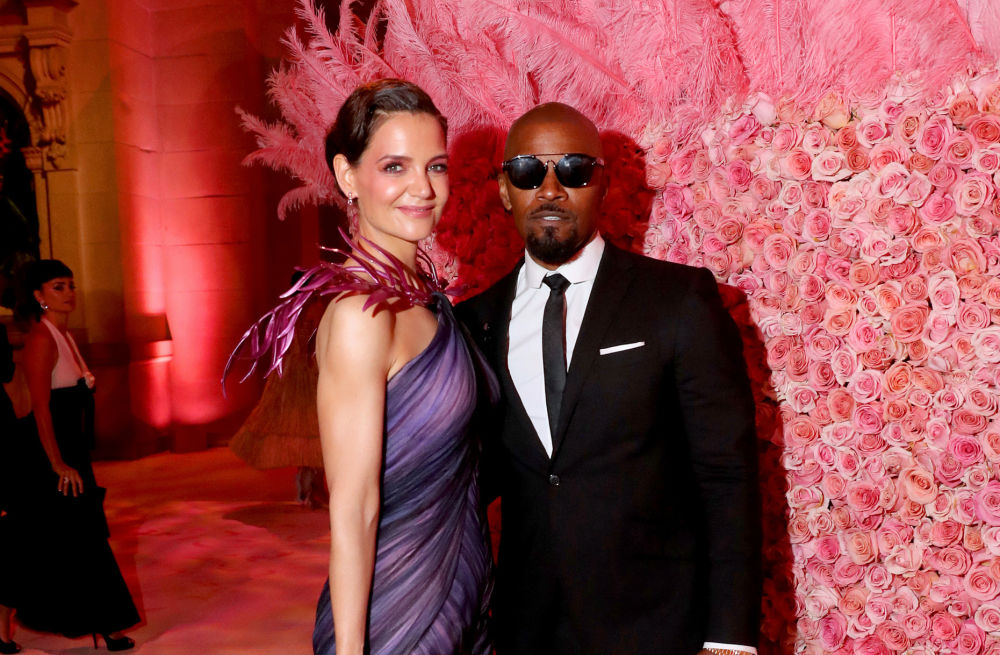 Why Katie Holmes ended her relationship with Jamie Foxx: reports

More details are emerging on what led to Jamie Foxx and Katie Holmes’ split. News broke on Monday that the couple called it quits earlier this summer after six years of dating...
by Raquel Jayson August 21, 2019 452 Views

More details are emerging on what led to Jamie Foxx and Katie Holmes’ split.

News broke on Monday that the couple called it quits earlier this summer after six years of dating and, on Tuesday, it was reported that it was Holmes who pulled the plug on their low-key romance. Now we know the alleged reasons behind her decision to end things with the Oscar winner.

Us Weekly cited an insider who claimed that it was Foxx’s “disrespectful” behavior that Holmes had finally had enough of.

“It has been many years of him stepping out with other women,” the source explained. “He’s disrespectful, and their lives were different. His parting ways don’t fit with hers as she’s focused on raising her daughter and working.” Katie Holmes and Jamie Foxx together

An example of his supposed “sh-tty” behavior was highlighted in Page Six, which reported on alleged incident between Holmes and Foxx that occurred going into Memorial Day weekend.

According to the report, Holmes flew out to Los Angeles to support her boyfriend as he filmed “Live in Front of a Studio Audience: Norman Lear’s All in the Family and the Jeffersons” special for ABC the week before Memorial Day. Multiple sources revealed that the trip “didn’t end well,” resulting in their planned Montauk getaway for Memorial Day weekend being scrapped.

“Katie called two hours before he was supposed to get on a plane from LA to NYC and canceled,” one insider said. “He was really upset.”

Another contended that it was Foxx who called off the trip.

“Katie was supposed to go to Montauk to join Jamie, but he did something sh-ty at the last minute, and that was that,” the second source claimed. “He canceled on his own and never got on the plane.”

Instead, he stayed in California and went to Disneyland.

While Holmes continues to focus on raising her 13-year-old daughter, Suri, Foxx has made it clear that he’s moved on from his years-long relationship: He’s been spotted out with two different women in the last week, including an outing during which he held hands with a young singer named Sela Vave. Page Six reports that she’s been posting photos of him on her Instagram account since late June, which backs up what one source reportedly overheard Katie say at a restaurant recently: “What Jamie does is his business — we haven’t been together for months.” Watch: Jada Confronts The Subject Of How Women Have Not Been Allowed To Explore Sexuality