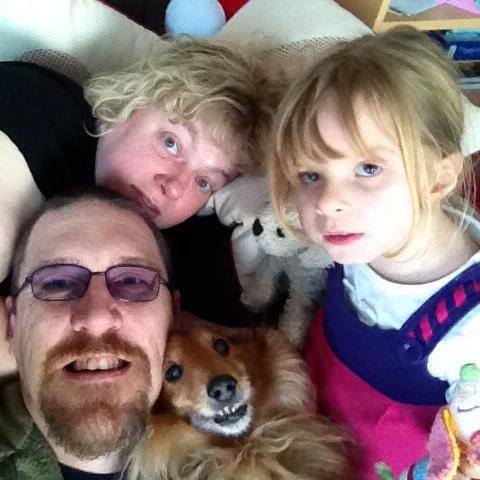 A HEARTBROKEN mother has revealed why she sent flowers to her husband’s funeral after he murdered their daughter before taking his own life. Nikki Flux-Edmonds, 51, found six-year-old Keziah...
by Zach Freeman December 3, 2019 208 Views

A HEARTBROKEN mother has revealed why she sent flowers to her husband’s funeral after he murdered their daughter before taking his own life.

Nikki Flux-Edmonds, 51, found six-year-old Keziah unconscious next to her husband Darren, 44, when she came home from work in June 2016.

When police arrived to her home in East Crowes on the the Isle of Wight they found Keziah was in Nikki’s bedroom and the family dogs, Arnie and Maximus, were dead.

Keziah was rushed to hospital, but could not be saved.

Darren had sent Nikki chilling messages saying he would leave her with nothing but memories.

Nikki has since set up a charity called Keziah’s Kindness that is dedicated to anonymously helping up to 600 children a year get donated Christmas gifts and clothes.

It has been three traumatic years since the murder, but Nikki said she doesn’t hate Darren and that her anger is directed towards to the NHS care system.

Nikki told The Mirror she sent flowers to Darren’s funeral “because Kezi would”.

She said: “It’s a very complicated feeling. I don’t hate him because I don’t understand why he did it.

“I hate what he did, I hate that he took away the most precious thing that was doing everything that he always wanted to do in life.

“I don’t have any feelings for him but I will stand up for him and advocate for how he could have been treated better.

“I’m not regularly in touch with Darren’s family but I do send them Christmas and birthday presents, because Kezi would.”

Darren was on anti-depressants and had started receiving cognitive behavioural therapy, but no action was taken when he told doctors he dreamt about taking killing his family.

He also became convinced Nikki was having an affair and would accuse her texting another man if she was in the bathroom for too long – but this did not set off alarm bells.

I’m not regularly in touch with Darren’s family but I do send them Christmas and birthday presents, because Kezi would.Nikki

An NHS England report later found that Darren’s behaviour should have “triggered some concerns” and a safeguarding alert.

It is thought Darren killed Keziah just before 10am on June 1 while taking care of her so Nikki could go to work as a supermarket manager.

An inquest into the tragedy found that Darren sent Nikki a chilling final text before murdering Keziah and the pet dogs.

He texted his estranged wife saying: “You have left me with nothing, I’ll leave you with only memories.”

Darren had sent the message 25 minutes after Nikki left the house.

A spokesman for NHS England in the South East told The Mirror: “A review of the actions being taken by the Isle of Wight NHS Trust is being undertaken and will be shared with Keziah’s family ahead of publication.

“In the meantime, the NHS remains committed to improving the safety and quality of mental health services so it can protect both vulnerable patients and the public.”