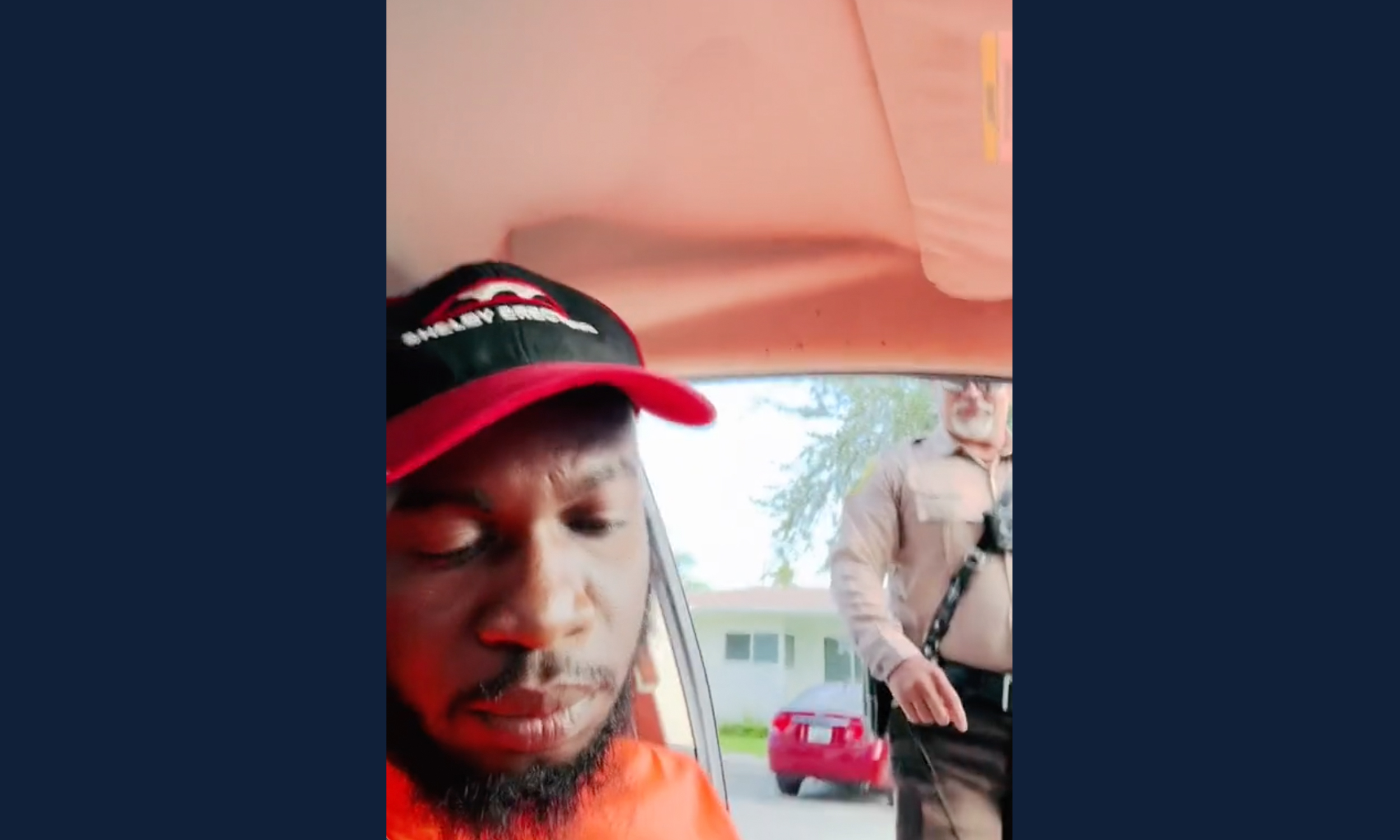 Gerardson Nicolas, 29, was on his way to work when he was pulled over in North Miami Beach for not wearing a seat belt.

A Miami-Dade police officer is under investigation and has been placed on administrative desk duty after he was caught on video telling a Black motorist during a traffic stop, “This is how you guys get killed out here, man,” police said Monday.

Gerardson Nicolas, 29, was on his way to work just before 9 a.m. June 15 when an officer on a motorcycle pulled him over in North Miami Beach for not wearing a seat belt.

Nicolas told NBC Miami that he started filming after the officer who pulled him over took the keys out of the car’s ignition and opened the door.

A video of the encounter was posted to TikTok last Thursday, and has been viewed more than 75,000 times.

In the video, Nicolas tells the officer that he was on his way to work.

“No, you’re not going to work,” the officer says. “You’re gonna give me your driver’s license.”

Nicolas said he was driving his mother’s car and was having difficulty finding his driver’s license and the vehicle’s registration.

The officer tells Nicolas, “Give me your driver’s license, registration and insurance. If not, you will not be going to work today. Simple thing, man. This is how you guys get killed out here, man.”