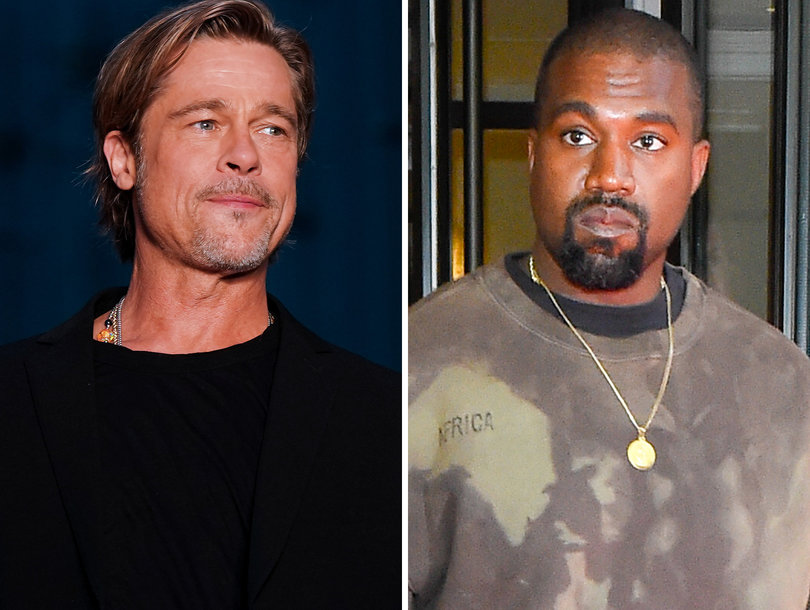 VIEW PHOTOSGettyEvery Must-See Celebrity Instagram Post of the Week The actor also refuses to name his favorite Kardashian-Jenner family member. Brad Pitt recently made his second appearance at one of Kanye...
by Raquel Jayson September 17, 2019 293 Views

Brad Pitt recently made his second appearance at one of Kanye West’s Sunday Services, and it sounds like he’s down to make a third.

“I think he was doing something really special there,” the 55-year-old “Ad Astra” actor told Entertainment Tonight Monday. “It’s a pure celebration of life and people.”

“It’s really delightful,” he added. “It really is.”

Of Pitt’s last appearance at the invite-only event — which was held in Watts, California, over Labor Day Weekend — a source told ET Brad appeared “just amazed by the atmosphere and love.” The source claimed the “Once Upon a Time in Hollywood” star told Kanye that he loved the experience and “made sure to take as many pictures with everyone who asked.” According to Khloe Kardashian’s Instagram Story at the time, Pitt stood behind West for much of the event.

Ye started holding the religious services, which feature his gospel choir and other musical performances, in January of this year. The “Jesus Walks” rapper even brought the spiritual performance to Coachella on Easter Sunday for an audience of 50,000 people, including wife Kim Kardashian and her expansive family.

And one of those family members, Kendall Jenner, was utterly starstruck when she looked out into the crowd at one of the two services Pitt recently attended to see her Hollywood crush.

“He was there. I think he’s been a couple times, but that was the first time I was there that he was there,” the 23-year-old supermodel gushed to Jimmy Fallon. “And I literally left early. I couldn’t even — I just saw ‘Once Upon a Time in Hollywood,’ and it was so good. And he just like, gets better and better with age. So I was like, ‘I gotta go.'”

When Fallon wondered why Jenner wouldn’t want to meet her idol, she referenced an old saying that goes: “Never meet your heroes, because they’re sure to disappoint you.”

“I don’t know. I just love him so much, I’m like, I’m just gonna leave it at that and leave,” she explained. “I get nervous!”

Sorry, Kenny, but when the actor was grilled about his favorite Kardashian-Jenner family member, he didn’t name names. “I will not pick favorites!” he told ET.

Pitt opened up about the evolution of his beliefs in terms of spirituality and religion in his October cover story for GQ, explaining he spent the majority of his young adult life searching for what felt right.

“Oh, man, I’ve gone through everything. Like, I cling to religion,” he told the mag. “I grew up with Christianity. Always questioned it, but it worked at times.”

“And then when I got on my own, I completely left it and I called myself agnostic,” he continued. “Tried a few spiritual things but didn’t feel right.”

After that, the actor abandoned the idea of religion altogether. “I called myself an atheist for a while, just kind of being rebellious,” he said. “I wasn’t really. But I kinda labeled myself that for a while. It felt punk rock enough.”

Eventually, Brad found himself “coming back around to just belief in — I hate to use the word spirituality, but just a belief in that we’re all connected.”

Woman Who Posted $100,000 Bond for R. Kelly Wants Money Back Since He’s Been Indicted