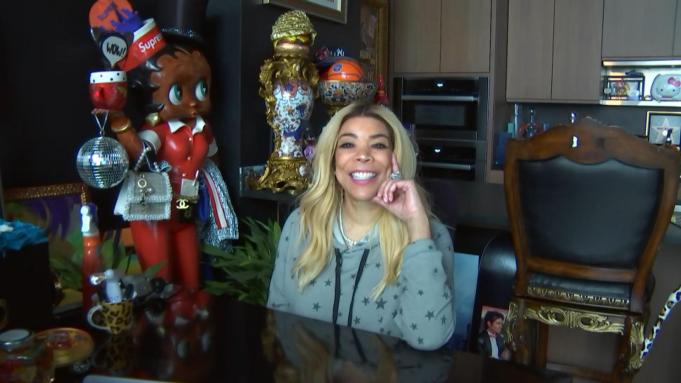 Wendy Williams is taking a hiatus from her daytime talk show, due to symptoms of fatigue surrounding Graves’ disease, Variety has learned exclusively. “The Wendy Williams Show,” which has been filming remote...
by Zach Freeman May 19, 2020 109 Views

Wendy Williams is taking a hiatus from her daytime talk show, due to symptoms of fatigue surrounding Graves’ disease, Variety has learned exclusively.

“The Wendy Williams Show,” which has been filming remote episodes from Williams’ New York City home during the coronavirus pandemic, will be on hiatus through at least this week. A return date has not been set, at this time.

Repeats of “The Wendy Williams Show” will air, while the show is on hiatus.

“Recently, Wendy has been dealing with symptoms from her Graves’ disease which is causing fatigue.  In consultation with her doctor and as a precautionary measure, she will be taking some time off as she continues to receive treatment,” a spokesperson for the show says in a statement to Variety. “We look forward to welcoming Wendy back soon and continuing the ‘Wendy@Home’ shows. More updates on a return date will follow.”

Williams first announced to her viewers that she was diagnosed with Graves’ disease in early 2018. Graves’ disease is a condition that causes the immune system to attack the thyroid.  00:05 / 00:06TOP ARTICLES1/5READ MORE‘Labor of Love’: TV Review

This isn’t the first time Williams has taken a hiatus from her hit syndicated show. In Feb. 2018, Williams took a three-week break from the show, when she announced her diagnosis, in addition to hyperthyroidism. The host also took an extended six-week leave of absence in Jan. 2019, due to health complications after ongoing surgery for a shoulder fracture she said she sustained the year before. In Mar. 2019, Williams revealed through an emotional monologue during a live broadcast that she had been living in a sober house.

News of Williams’ hiatus comes as the show has hit a stride in its “Wendy@Home” remote episodes, finding a new fan of none other than comedian and fellow talk show host John Oliver, who praised Williams’ candid demeanor on his HBO show.

“The Wendy Williams Show” has been renewed by the Fox Television Stations through the 2021-2022 season, which will bring the syndicated talker through 13 seasons.