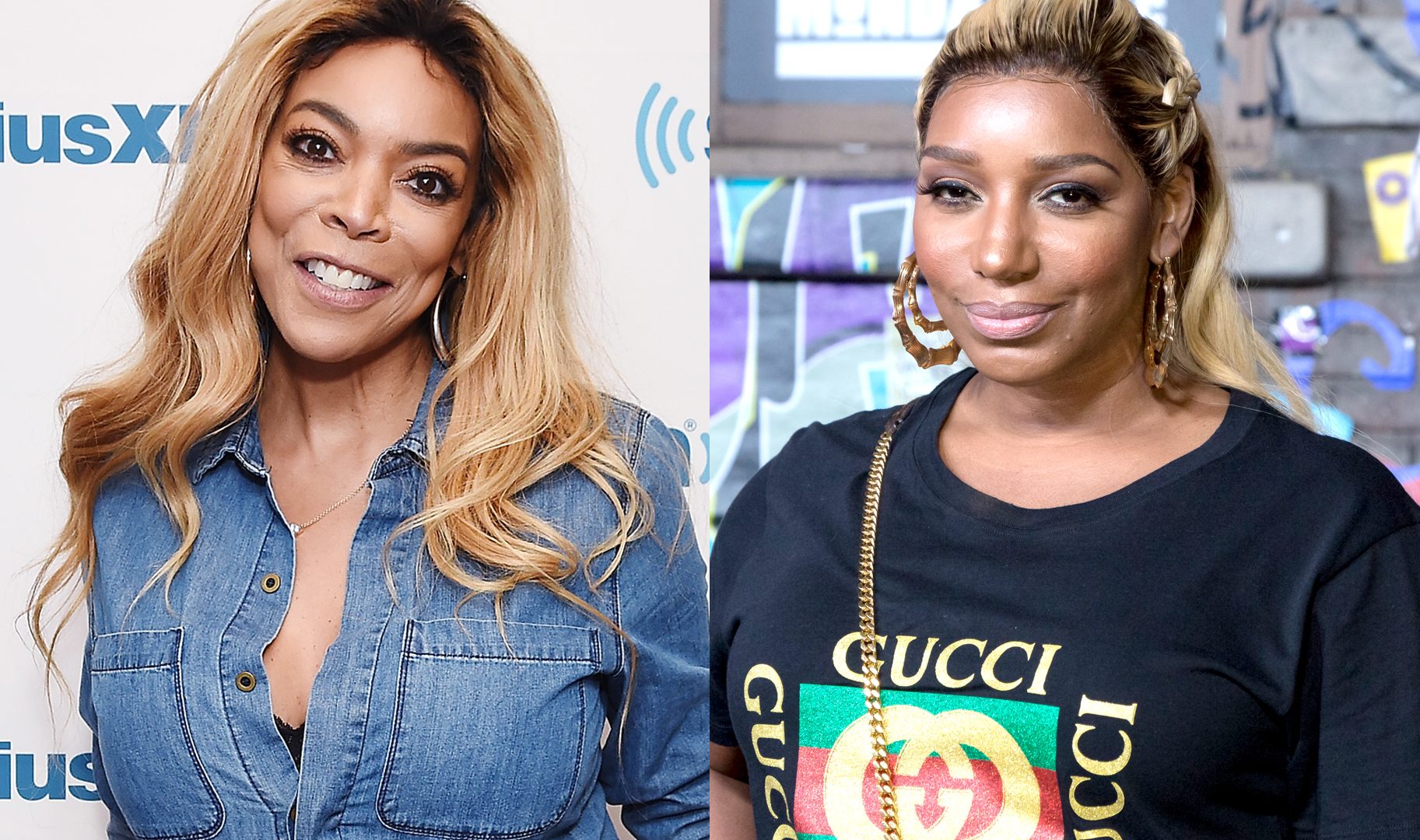 VIEW PHOTOSFoxMust-See Celebrity Instagram Posts of the Week The Bravo star also threw some shade at her “RHOA” co-stars. Wendy Williams and NeNe Leakes may be close pals now, but they still...
by Raquel Jayson September 17, 2019 327 Views

The Bravo star also threw some shade at her “RHOA” co-stars.

Wendy Williams and NeNe Leakes may be close pals now, but they still disagree on one thing: what caused their falling out.

During Tuesday’s episode of “The Wendy Williams Show,” the daytime talk show host and “The Real Housewives of Atlanta” star spoke about how they rekindled their friendship, however, they both have different opinions as to what led to their rift in the first place.

According to Wendy, she and NeNe gradually had a falling out after NeNe changed on “RHOA.”

“So here’s what I feel happened between us,” Wendy began. “When we first met NeNe on the Housewives, she was like our big mouth friend who would say it like she meant it. She had a cute family, the laugh and that whole bit, just like keeping it real with NeNe. And then all of a sudden the paychecks got bigger and I feel the fame got in the way of remembering who we liked her for.”

“Now clap if you understand what I’m saying,” Wendy added. As the audience clapped in response, NeNe rolled her eyes.

“And then you started acting like a real jerk on the show,” Wendy continued and NeNe pretended to look shocked. “We talk about this don’t look shocked…look, she started acting like a bighead jerk and million-dollar paycheck or whatever they’re paying you or not, we missed the girl that we knew. And then all of a sudden you stuck with that character so I was like, ‘I’m done with NeNe.'”

Everything Wendy Williams Said About Her Ex-Husband, His Mistress, Bill Cosby, the Housewives and MoreVIEW STORY

However, NeNe claimed that things went down differently.

“That’s her version, I know y’all hear mine,” NeNe said. “You know how Wendy does her Hot Topics…and it was just ‘NeNe, this.’ ‘NeNe, that.’ And I was just like, ‘Well, dang, she is just really running my name in the dirt”

Although they might not agree on what happened between them, the ladies mended their friendship at a time where they needed each other the most. After Wendy filed for divorce from her husband, Kevin Hunter, she reached out to friends who she lost touch with, including NeNe.

Not only did NeNe answer Wendy’s call, but she also hopped on a plane to see her. “She didn’t say to come but I knew you needed me, honey, ” NeNe said to Wendy. “So I jumped on a plane and I went straight to her.”

And when the reality star and talk show host met up, it was like no time had passed.

“Regardless to whatever happened, the thing that I loved the most is when I got on the flight and we were meeting in the restaurant — when I got to the restaurant — It was almost like we never missed a beat,” NeNe recalled. “We were just right back into it.”

Since NeNe is a housewife, after all, you know Wendy had to get some hot tea about some “RHOA” drama.

When asked about her co-star Kenya Moore, NeNe replied, “Who’s that now?”

“Well, she’s back and she’s stirring the pot,” Wendy said of Moore. “She looks like she’s coming for a NeNe-sized check to be the NeNe of that Atlanta Housewives.”

“Good luck with that!” NeNe bluntly replied. “I don’t have to fight for anything, honey.”

Wendy Williams Says She Will Get Married Again, Reveals What She’s Looking for in a ManVIEW STORY

While she had good things to say about her pal Marlo Hampton, NeNe had some interesting remarks about her co-star, Cynthia Bailey, with whom she also had a falling out with.

Wendy asked what NeNe and Cynthia fight about, as she considers her to be a “calming force.”

“People say that same thing, well, you might want to change that now,” NeNe replied. “The people walking around here quiet aren’t necessarily quiet. You might want to check them before you check somebody that’s talking.”

Despite this, the actress expressed that she and Cynthia are “in a good place” and ranked their closeness a seven out of 10.

Lastly, NeNe was put in the Hot Seat by Wendy, who questioned her about her favorite Housewives, plastic surgery and celebrity feuds. When asked about which Housewife she would want to leave the show or who she was glad left the series, NeNe gave an honest response.

“I know a lot of people think I would say Kim because we’ve argued a lot, but honestly, that’s not true. Claudia, I don’t know her that well. Phaedra…it would have to be Shereé.”

Are You Ready For One Of The Most Anticipated Movies Of The Year: Harriet