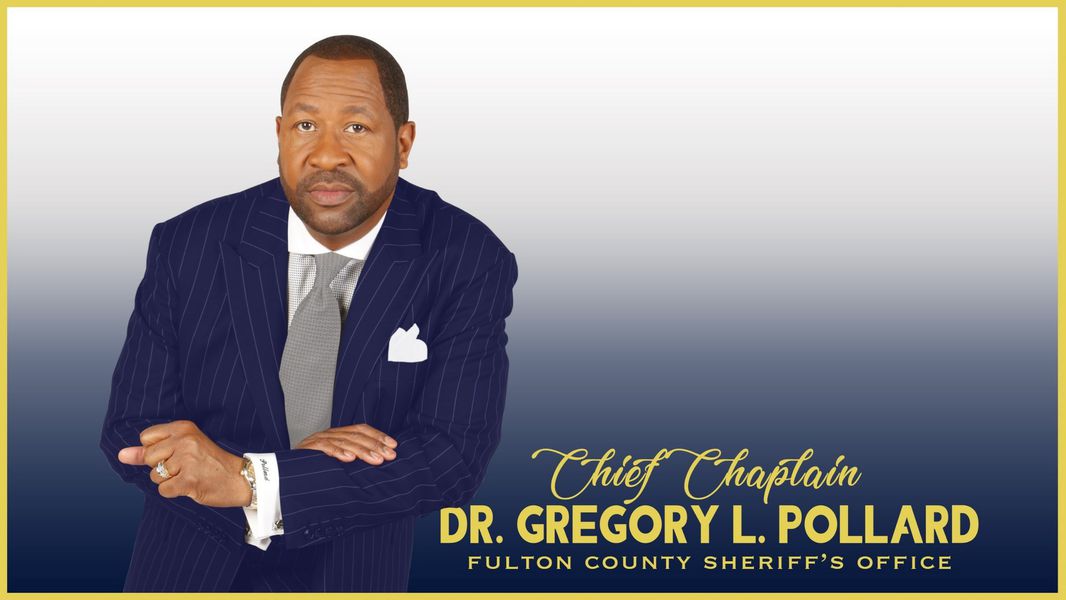 Gregory L. Pollard is set to become the newest Fulton County Sheriff’s Office chaplain during a private ceremony at The Enon Church in South Fulton, where he has been senior pastor nearly 30 years, according to the sheriff’s office.

“Pollard has shown outstanding leadership in the faith-based community in Atlanta for several decades,” Sheriff Patrick Labat said in a news release. “I believe Dr. Pollard’s expertise and passion for lifting up the community will take the chaplains program to new heights, and make a noticeable impact on the lives of deputies, their families, and beyond.

The chaplain serves as spiritual counsel not only for the sheriff’s office but community members. Law enforcement chaplains are often called upon during the most sensitive times, from comforting victims of crime to officers who have shot someone.

Chaplains also host regular meetings on community issues, which in the past in Fulton has included homelessness and youth empowerment.

Pollard takes over from Gregory A. Sutton, senior pastor of Jackson Memorial Baptist Church, who retired, according to an agency spokeswoman.

Pollard said his goal is that “I be of service to humanity in a manner that is pleasing to God and that honors the position bestowed upon me.”