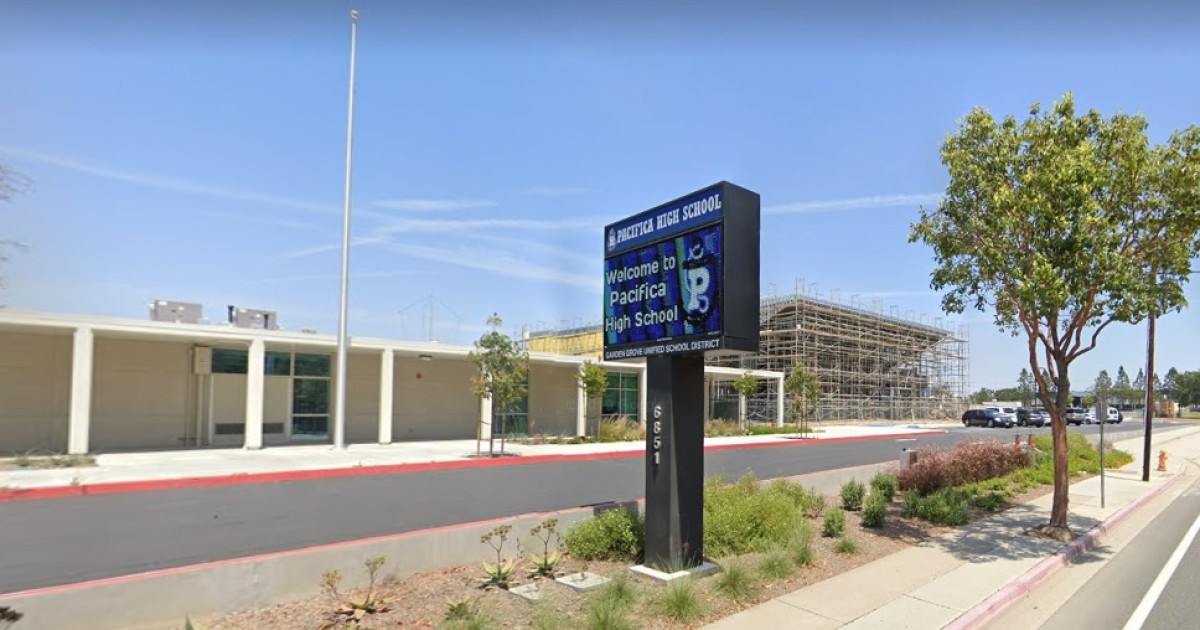 In the video, a song written by German composer Herms Niel during Hitler’s ascent to power in Germany plays in the background. At least one of the boys begins singing as others laugh.

A video showing a group of Orange County teenagers giving a Nazi salute as a German World War II-era song plays in the background surfaced Monday and quickly sparked outrage.

The video shows about 10 boys, reportedly from Pacifica High School in Garden Grove, standing in what appears to be a banquet room giving the stiff-armed salute used in Nazi Germany. A song, written by German composer Herms Niel during Hitler’s ascent to power in Germany, plays in the background. At least one of the boys begins singing as others laugh.

The video, taken during an awards ceremony last year, was originally posted to Instagram by a student and since has been removed, according to the Daily Beast.

A Garden Grove Unified School District spokesperson told the Daily Beast that school administrators first became aware of the incident and video in March, about four months after it was recorded. The spokesperson declined to comment about whether any students had been disciplined as a result of the incident.

“While the district cannot comment on student discipline, the school did address this situation with all involved students and families,” the district wrote in a statement.

“The district adheres to strong policies about harassment and cultural sensitivity, and we condemn all acts of anti-Semitism and hate in all forms. We remain focused on educating students about cultural sensitivity and are committed to holding students accountable, educating them on the consequences of their choices, and the impact these actions have on our schools and community at large.”

The Daily Beast reported the students are members of the boys’ water polo team, but the Los Angeles Times could not independently confirm that information.

Brian Levin, director of Cal State San Bernardino’s Center on Hate and Extremism, said the incident is a teachable moment for both the students and administrators at the school who he contends waited too long to address the issue publicly. He said the video was “chilling” and a “vile expression of Nazi bigotry.”

“When we have a fragmented society with an increasingly coarse and manipulative social media with a dose of ignorance and white nationalism, this is what’s regarded as OK,” Levin said. “That’s why the school has to address this. It’s a representation of their institution.”

In March, a group of high school students from Newport Beach and Costa Mesa were photographed at a party — arms outstretched in a Nazi salute — gathered around red plastic cups arranged in the shape of a swastika.

The incidents have occurred as hate crimes are increasing nationwide. The Anti-Defamation League noted a 58% jump in documented acts of anti-Semitism from 2016-17. The sharp rise was due, in part, to a significant increase in incidents at schools and on college campuses, the organization said.