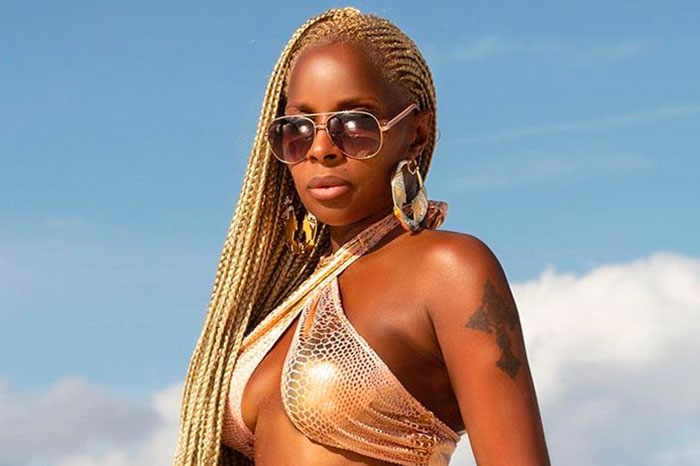 Mary J. Blige is celebrating her 50th birthday like the goddess she is. The “Everything” singer turned 50 on Monday, and marked the occasion with a couple of glam photos. ...
by Raquel Jayson January 11, 2021 381 Views

Mary J. Blige is celebrating her 50th birthday like the goddess she is. The “Everything” singer turned 50 on Monday, and marked the occasion with a couple of glam photos.

Blige posed on the beach in a shimmering gold two-piece in the pics, which were snapped by photographer Robert Ector. The GRAMMY winner’s ultra-long locks cascaded over her shoulder, while she accessorized her looks with shades and gold jewelry.

“Tough love is the therapy! #MaryJFly 📸 @robertector,” she captioned the first snap — which had fans freaking out in the comments.

“Do it Mary!!” one fan commented, while another wrote, “Oooooowwwweeeeee 😍❤️ Happy Bday, Queen! 🥂.”

Blige credited her fans for getting her through the “triumphs and trials” in her life, and opened up about how she learned to move forward.

“I just learned that you have to release people from their mistakes and you have to have the courage to do that and the strength to do that so you can be free,” she shared. “So, I just did what I had to do. I didn’t look back. I just said, ‘Hey, it’s over.'”

“It wasn’t easy, it was really hard. It’s very, very hard when it’s that close to you, but once you realize that there’s nothing you can do about it, you just let it go, release it,” Blige added. “That’s it… you just gotta keep moving.”

A Georgia Pastor Has Unexpectedly Died Church And Family In Mourning