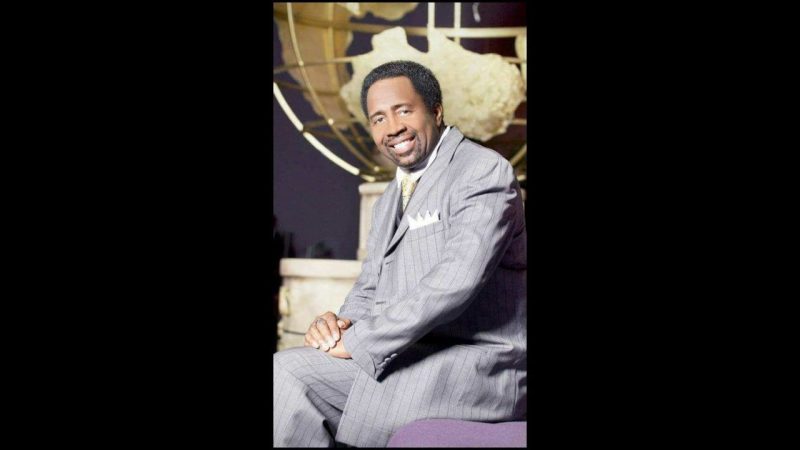 he congregation of a beloved local pastor held a prayer service for their faithful leader Wednesday night. Pastor R.J. Washington passed away Tuesday morning at the age of 54....
by Joy Smith May 18, 2017 5272 Views 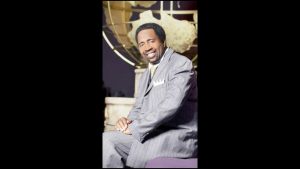 he congregation of a beloved local pastor held a prayer service for their faithful leader Wednesday night.

Pastor R.J. Washington passed away Tuesday morning at the age of 54. Reports say he had cancer.

Although gone now, church members will remember the powerful sermons he preached Sunday after Sunday at Titus. He served as the pastor for over 30 years.

His sermons were original and personality were unforgettable.

Classmate and friend Charles Lee says they played on the same baseball team growing up. Those memories came flooding back when he heard the news.

“I remember him, starting out with his ministry, when he was 16 years old. Our time in high school, is when we played baseball together. He was a pitcher, I played second base and third. He graduated from William Raines, in 1980. We have a little age on us, but we were good friends. The experience of death, creeped on him a little too soon,” Lee said.

The family sent us this statement.

“It is with a heavy heart and a spirit of triumph that we announce the transition of our beloved Apostle R.J. Washington, on May 16, 2017. Apostle Washington was the Visionary and Founder of Titus Harvest Dome Spectrum Church, where he served as senior pastor for over 30 years. This devoted man of God has led many in victory through his teaching and impartation. His slogan for years was, “To the uttermost Jesus saves and he wants you to live!” We have lost a giant of hope and a man of impeccable honor.

“Apostle R.J. Washington has been a voice for humanity and an oracle of faith. He steadily sought to compel people to be drawn to the love of a forgiving God. His example of stewardship and love will forever be held close to all of whom he and his wife touched. His contagious laughter and winsome smile will be remembered through the annals of time and his legacy will never fade.

“With the heart of a servant leader, Apostle Washington has fought the good fight, he has finished the race and he has kept the faith. We are certain that he has now heard, “This is my Son in whom I am well pleased.”

“It is our desire in this moment that each of you will lift Apostle Washington’s wife, Prophetess April Washington, his family and the Titus Harvest Dome Spectrum Church family in prayer. We kindly request that the family be given time to grieve this enormous loss and honor the great man of God Apostle Washington has been to so many.

“We will make the community aware of our plans for the celebration of his life in the days to come. We thank you from the bottom of our hearts for your love, kindness and understanding.

The funeral for Washington will be Saturday at 11 a.m. at Titus Harvest Dome Spectrum Church. It is open to the public.

JACKSONVILLE, Fla. – A public funeral service for Pastor R.J. Washington is set for 11 a.m. Saturday at the Titus Harvest Dome, the church he led since 1990.

Washington died Tuesday morning at age 54. Washington leaves behind a wife, three children, other family members, a large congregation and a legacy of lasting love for his community.

Three people attended his first ministry in 1985, according to rjwashington.org. Titus Community Outreach Harvest Center was built in 1990, where Washington attracted a congregation of 8,000 people,.

The church moved to the Titus Harvest Dome Spectrum, a larger facility on Atlantic Boulevard, in 2002.

At Wednesday evening’s weekly Bible study, church members discussed who will lead the congregation after Washington passed away.

“Our goal is to continue the vision. It’s always been about trying to win souls for the kingdom; loving, helping, and serving our fellow man. And the church will follow the vision of Apostle Washington,” said Abraham Lincoln Washington, his brother. “We’re going to continue to shepherd the flock, so many people that Apostle Washington has touched all over the country. Locally, it will be my privilege to be able to serve this congregation, serve the first family and to do all we can to give the city direction.”

Although Washington’s death has been hard on loved ones, church leaders and members of the congregation said they will continue his legacy of transparency and love for Christ.

“Tonight gives us a chance to praise God for his life. We get to tell God thank you for how he had touched us through him,” Abraham Lincoln Washington said. “So many people have been touched by Apostle Washington’s love, laugh and his concern for people.”

Washington graduated from C.H Mason Bible College and Florida State Community College. During his career, Washington preached on seven continents, according to his biography.

A Jacksonville pastor said Washington was an early inspiration in his career and called him a father figure in his life.

“He was my leader in the gospel. He taught me deeper knowledge. He taught me it was all about the soul’s difference in people’s lives,” Pastor Toye Whitaker said. “I’m able to take what he taught me and what he instilled in me and instill the same thing in my children. He was a positive influence in showing what a pastor, what a real man, a powerful man of God, should be.”