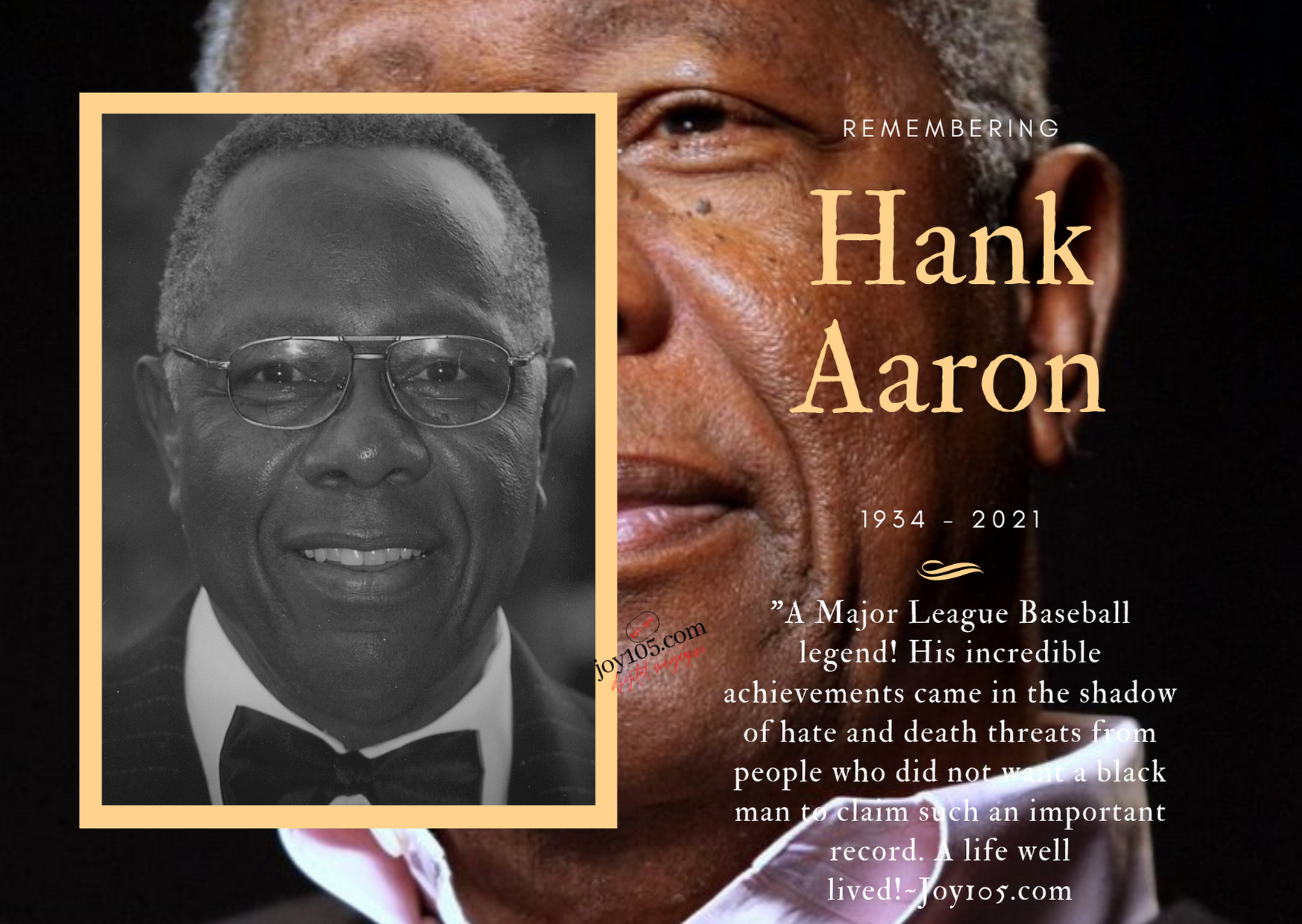 he world will say its final goodbyes to Henry Louis Aaron, better known as “Hammerin’ Hank,” on Wednesday.

The home run king will be laid to rest in southwest Atlanta following a funeral service at Friendship Baptist Church at 1 p.m.

Due to COVID-19 restrictions, the service will be private but will be streamed right here on FOX5Atlanta.com.

The 86-year-old Hall of Famer passed away in his sleep from natural causes on Friday, leaving behind not just a three-decade rule as the home run king on the field, but also a bevy of unseen and mostly unspoken about charity and civil rights work off.javascript:false

Hank Aaron to be laid to rest after funeral service

The world will say&nbsp;its final goodbyes to Hank Aaron on Wednesday afternoon.

The funeral service follows a private memorial service at Truist Park Tuesday, where Atlanta Braves Manager Brian Snitker, who got his start in the dugout thanks to Aaron, delivered an emotional message.

“He always wanted to move a player up, and he preferred that it wasn’t the so-called bonus babies,” said Snitker, choking back tears. “He wanted to get that grinder guy, the guy who was overachieving.”

“The reason I’m here today is because of Hank Aaron,” Snitker said, pausing to maintain his composure.javascript:false

Atlanta Braves Manager Brian Snitker recalls his own personal story with Hank Aaron during a memorial service at Truist Park.

Snitker toiled in minor league obscurity through most of his coaching and managing career before finally getting the call to become Braves skipper at age 60. Since then, he has guided the team to three straight NL East titles, earning NL Manager of the Year

“I’ll miss the times he used to stop by, come by my office and we could just sit and talk,” Snitker said. “I’ll miss the friend and the mentor that I had in my life.”

The remarks were delivered at the Braves’ Monument Garden, which prominently features a statue of Aaron delivering the swing that produced 755 homers.javascript:false

MLB commissioner on the impact of Hank Aaron

MLB commissioner Rob Manfred recalls his personal friendship with the late Hank Aaron and the impact the baseball legend had on his life and career.