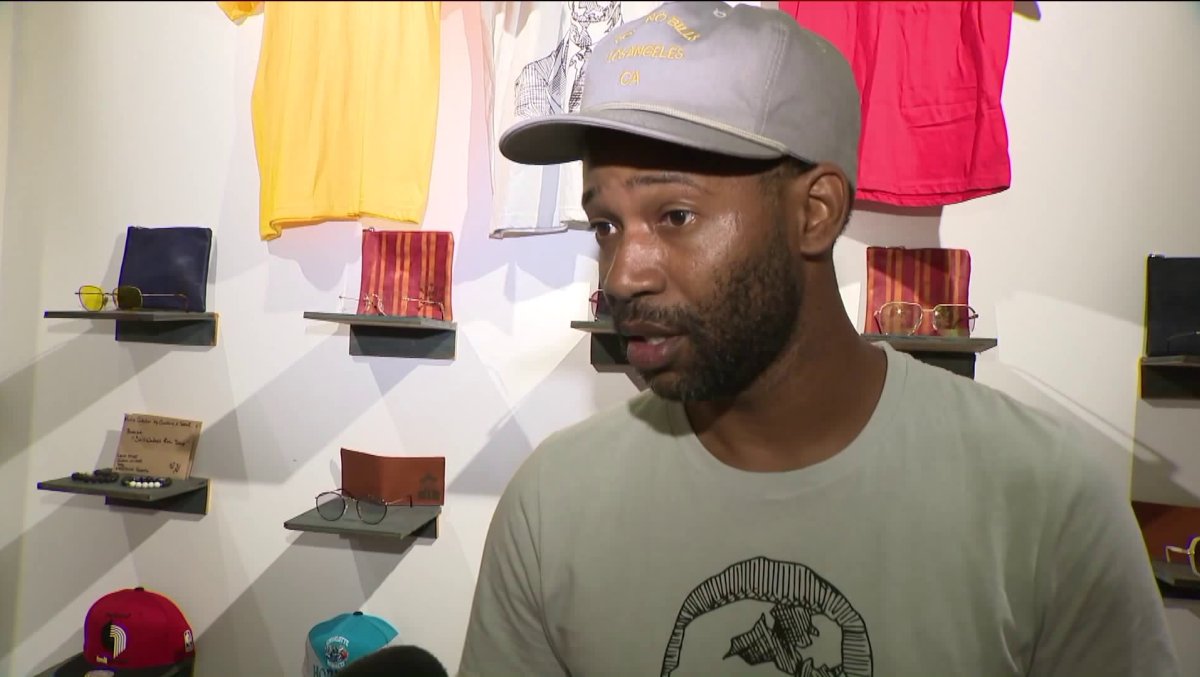 Watch: Family Claims They Were Racially Profiled, Accused of Shoplifting at Nike Store He Is A Business Owner On Same Street

Two African-American parents are upset and claiming they were racially profiled after a store manager falsely accused them of shoplifting a $12 basketball from the Nike store in Santa...
by Raquel Jayson July 18, 2019 302 Views

Two African-American parents are upset and claiming they were racially profiled after a store manager falsely accused them of shoplifting a $12 basketball from the Nike store in Santa Monica.

The heated dispute was captured on cell phone footage as police were called to the scene last week.

Joel Stallworth said he had already paid for the ball and left the store but a manager followed him out and demanded to see a receipt on July 5. He said the whole experience was humiliating.

Stallworth said he decided to buy the ball after his 18-month-old son, Sammy, picked it up inside the store and began carrying it around.

After they completed their purchase and left the store, he said a manager called police and demanded to see his receipt.

They showed her the receipt to prove they paid for the ball.

“To accuse somebody of stealing, you need to have evidence, right? So she just accused me. She had zero evidence that I stole anything. She couldn’t have evidence because I bought it. She discriminated against me,” Stallworth said. “She planted an evil seed in the officer, so as soon as the officer came up to me, he said, ‘sir, give me the stolen ball.'”

Stallworth said the manager never did apologize. The family has hired an attorney.

“What we’re hoping to do is to get Nike to have some sort of understanding and meeting of the minds to find out if this was an isolated act, or is this something that is more pervasive within the society of the employees that they hire,” attorney Stephen King said.

Stallworth said he is a business owner and he would never accuse someone of stealing without evidence.