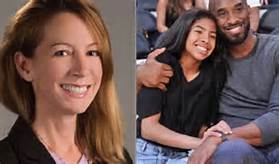 The Washington Post has reinstated Felicia Sonmez, a national political reporter who had been placed on administrative leave after tweeting about the rape allegation against Kobe Bryant in the wake of the...
by Raquel Jayson January 29, 2020 296 Views

The Washington Post has reinstated Felicia Sonmez, a national political reporter who had been placed on administrative leave after tweeting about the rape allegation against Kobe Bryant in the wake of the NBA legend’s death. The reinstatement comes after the newspaper faced harsh internal and external backlash over the suspension.

“After conducting an internal review, we have determined that, while we consider Felicia’s tweets ill-timed, she was not in clear and direct violation of our social media policy,” managing editor Tracy Grant said in a statement sent to CBS News.

“Reporters on social media represent The Washington Post, and our policy states ‘we must be ever mindful of preserving the reputation of The Washington Post for journalistic excellence, fairness and independence'” Grant added. “We consistently urge restraint, which is particularly important when there are tragic deaths. We regret having spoken publicly about a personnel matter.”

“I believe the Washington Post readers and employees, including myself, deserve to hear directly from Marty Baron on the newspaper’s handling of this matter,” Somnez said.

“Washington Post journalists endeavor to live up to the paper’s mission statement, which states, ‘The newspaper shall tell ALL the truth so far as it can learn it, concerning the important affairs of America and the world.’ My suspension, and Mr. Baron’s Jan. 26 email warning me that my tweets about a matter of public record were ‘hurting this institution,’ have unfortunately sown confusion about the depth of managements commitment to this goal.

“I hope Washington Post newsroom leaders will not only prioritize their employees’ safety in the face of threats of physical harm but also ensure that no journalist will be punished for speaking the truth.”

The Washington Post Guild said it’s “disappointed that the Post’s statement did not include an apology to Felicia.”

The controversy began Sunday, as the nation was reacting to Bryant’s unexpected death in a helicopter crash at the age of 41. In the hours after Bryant’s death, Sonmez tweeted a link to a 2016 article, written by somebody else, recapping a rape allegation against the former Los Angeles Laker with the headline: “Kobe Bryant’s Disturbing Rape Case: The DNA Evidence, the Accuser’s Story, and the Half-Confession.” Her tweet and several followups have since been deleted.

Dad raped me repeatedly from ‘age 6’ and got me pregnant 3 times, now I want him convicted of killing unborn baby