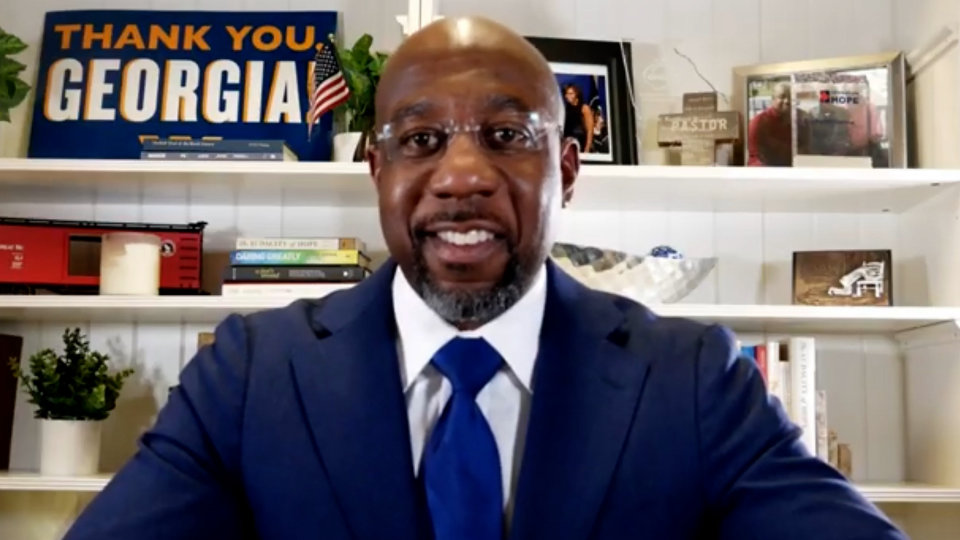 Democrats closed in on control of the U.S. Senate with a victory in one of Georgia’s two runoff elections and the lead in the second contest. The Rev. Raphael Warnock won his race against Republican Sen. Kelly Loeffler. The other Democrat, Jon Ossoff, held a narrower lead over David Perdue (R), whose Senate term lapsed Sunday.

In a series of Twitter posts Wednesday, Trump tried to stir doubt about the validity of the runoff results, prompting pushback from a top Georgia election official.

“They just happened to find 50,000 ballots late last night. The USA is embarrassed by fools,” Trump tweeted, one of multiple messages blasting the Georgia vote. “Our Election Process is worse than that of third world countries!”

Gabriel Sterling, a Republican who serves as voting systems manager for Secretary of State Brad Raffensperger and who last month blamed Trump and fellow members of the GOP for threats directed at elections officials, responded in a tweet of his own.

“No Mr. President, there weren’t ‘found’ ballots,” he wrote. “We have known the number of advanced votes since this weekend. We saw record Election Day turnout. As of Monday 970,000 absentees had been accepted. 31k more were added in yesterday’s totals. That leaves 60k that came in yesterday.”

Trump continued his baseless attacks on the election, writing in a subsequent tweet that “these scoundrels are only toying” with the Perdue vote.

“They’ve got as many ballots as are necessary,” he added. “Rigged Election!”