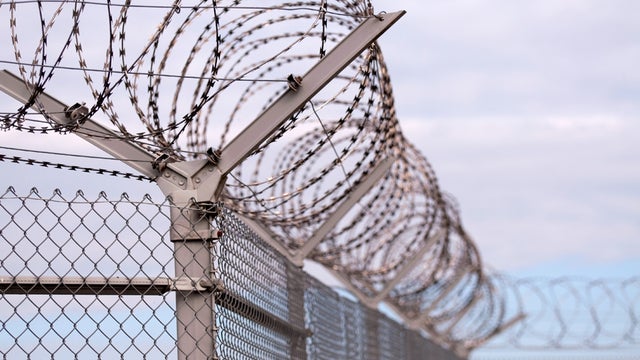 A Virginia correctional institute has apologized for strip-searching an 8-year-old girl as she was visiting her father at a state prison. Diamond Peerman drove her boyfriend’s daughter to visit him...
by Zach Freeman December 6, 2019 209 Views

A Virginia correctional institute has apologized for strip-searching an 8-year-old girl as she was visiting her father at a state prison.

Diamond Peerman drove her boyfriend’s daughter to visit him in the Buckingham Correctional Center in Dillwyn, Va., on the Sunday before Thanksgiving. When the pair arrived, drug-sniffing dogs approached them, and guards told them that they had to submit to strip searches or they could be banned from visiting the prison, The Washington Post reported.

“I told her, that means you have to take all of your clothes off or you’re not going to be able to see your dad,” Peerman told The Virginian-Pilot, which first reported the incident on Thursday.

“That’s when she started crying.” Peerman said the girl was distraught over the choice to either take off her clothes or not see her father and said she cried until two female guards led the girl and Peerman to a bathroom for the search.

Peerman was asked to take off her clothes first and bend over and cough. The guards then asked the girl to do the same, handing her clothes back to her one item at a time, according to the newspaper.

Peerman said the guards then asked how old the girl was, telling The Virginian-Pilot that she thought the question was inappropriate.

“Why would you ask that when she’s naked?”

The girl was then only allowed to see her father through a glass panel and not allowed to hug him during the visit.

After the incident, the girl texted her mother and said, “Am so mad the jail had to strip me with all of my clothes off this doesn’t make no [sense].”

It is the prison’s policy to strip-search anyone identified by a drug-sniffing dog, and refusing a search can result in a person being banned from future visits, according to The Washington Post. But, a legal guardian must consent to the strip-search of a child.

A Department of Corrections spokesperson told The Virginian-Pilot that the agency was concerned that guards stripped-search the girl without her mother present.

“It is deeply troubling and represents a breach in our protocol,” Virginia DOC Director of Communications Lisa Kinney told the Pilot. “We sincerely apologize to this child and her family and will be taking immediate disciplinary action against the person responsible.”

A prison official called the girl on Dec. 2 to apologize and tell her that the department was investigating the incident.

The American Civil Liberties Union tweeted the story Thursday and blasted the move, saying, “No child should ever be subjected to invasive, humiliating, traumatizing strip searches carried out by strangers to see their loved one in prison. Those responsible must be held accountable & VDOC policy must be changed so this never happens again.”

The girl’s mother, whose name is not being publicly reported to protect the child’s identity, was in disbelief that her daughter was forced to strip naked at the prison. She told the Pilot that her daughter has a positive relationship with her father, but she will not allow the child to return to the prison after the incident.

She said her daughter has missed school because of her distress over the search, which has caused her symptoms from bipolar disorder, depression and ADHD to worsen.

“She went through something that traumatized her,” the girl’s mother said. “I’m not sending her back there.”

The prison guards did not find any contraband items with the girl or Peerman. The Virginia DOC confirmed to The Washington Post that it does routinely catch visitors attempting to smuggle items into its facilities.