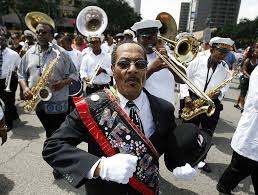 A Louisiana community is still reeling over the arrest of a Black brass band player by New Orleans police after a complaint from a white store owner. Viral video...
by Joy Smith July 16, 2019 282 Views

A Louisiana community is still reeling over the arrest of a Black brass band player by New Orleans police after a complaint from a white store owner.

Viral video of the arrest, shot by Facebook user Christopher Henry, showed trumpeter Eugene Grant, 27, pinned to the ground by NOPD officers near the corner of Chartres and Frenchmen streets, according to local newspaper the Gambit. The incident unfolded around 9:30 p.m. Monday, July 8, as police responded to a call of a disturbance from a local business.

“It’s his fault!” one man says, zooming in on business owner David Zalkind. “It’s his fault. He’s the reason they’re doing this.”

Officers arrived to find Grant and his band mates playing for a crowd, after which they asked the group to move out of the street and onto the sidewalk to avoid blocking traffic, as well as the entrance to Zalkind’s business. That’s when things reportedly turned physical.

Catherine Buccello, who had traveled from New York for Essence Fest, was among several witnesses who filmed the shocking arrest. She told Gambit that there were at least 10 to 15 officers on scene, some of them with their Tasers pointed at the young man.

“Emotions were running high” on both sides, she said.

Grant was ultimately arrested for obstructing public passages and resisting an officer, according to police.

USA TODAY reported that busking, or playing music in the street, is allowed on Frenchmen Street, part of the go-to French Quarter corridor for live music. However, authorities can shut down street performances if they block the public right of way, or exceed the noise limit.

The Gambit also noted that brass bands are a “fixture” at the corner where Grant was arrested, and that at night “dozens if not hundreds of people … often are at the corner enjoying free brass band music.”

Prosecutors later dropped the charges against Grant. His lawyer, Cherrell Simms Taplin, remains skeptical of the department’s claims that he grew violent with police. 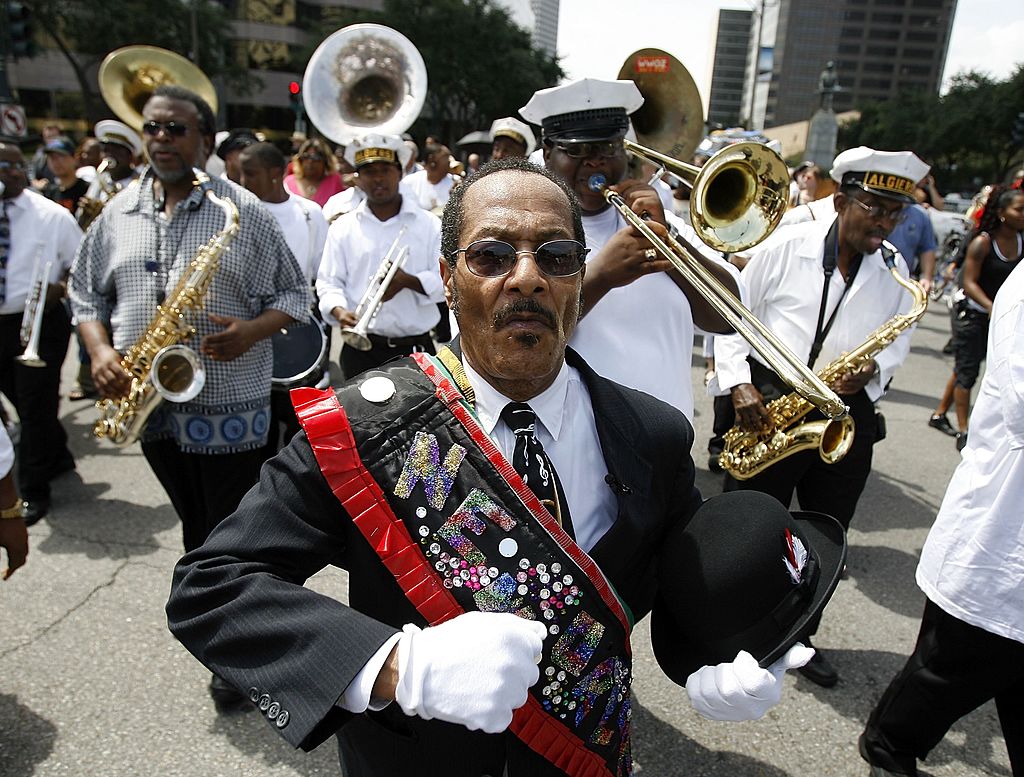 “It’s hard for me to believe that he was in any way aggressive,”said Taplin. “That being said, he also has special needs. There’s a possibility that there was some lapse in communication between Eugene and the police officers.”

Grant’s mother, Betty, confirmed her son is disabled, telling The Advocate that he’s developmentally delayed and has autism.

Frenchmen Art & Books closed its doors to customers last week amid the online backlash. Critics who saw the video flooded the store’s Yelp! page with negative reviews, prompting owners to disable the comments.

Speaking with The Washington Post, owner David Zalkind said he usually allows the brass bands to play outside his store but decided to call police after weeks of frustration over the crowds blocking potential shoppers.

“If I knew that Little Eugene was going to be tackled, I wouldn’t have made that phone call,” he told the newspaper.