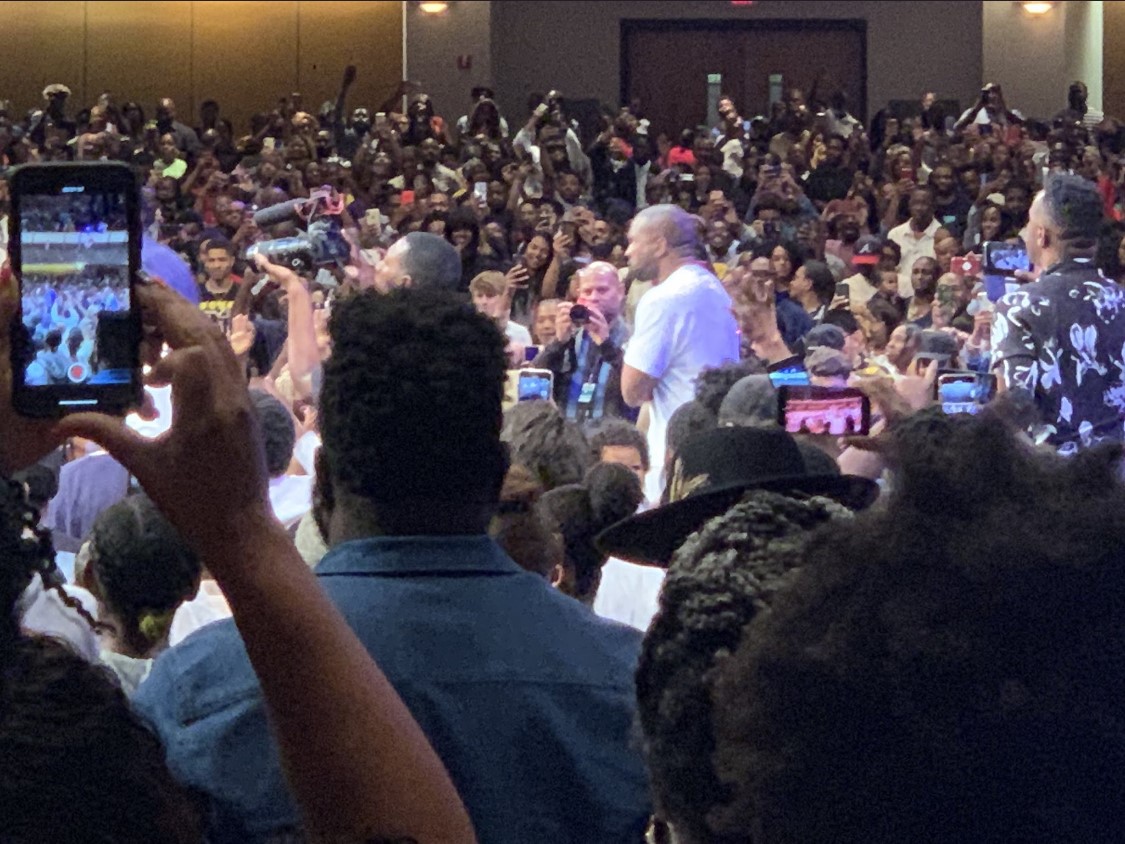 The influential rapper brought his popup series of Sunday performances called “Sunday Service” to the megachurch in Stonecrest.

Although Sunday Service from West was considered a surprise, the lines waiting outside New Birth began forming at least an hour before the service.

West has been making such appearances on Sundays this year, including one in Dayton, Ohio, to help that community in the wake of the mass shooting and on Easter Sunday to bring a message of faith to those attending the music festival Coachella.

Watch:Kanye Took The Shoes/Yeezy’s Off Of His Feet And Gave Them To DJ Khaled