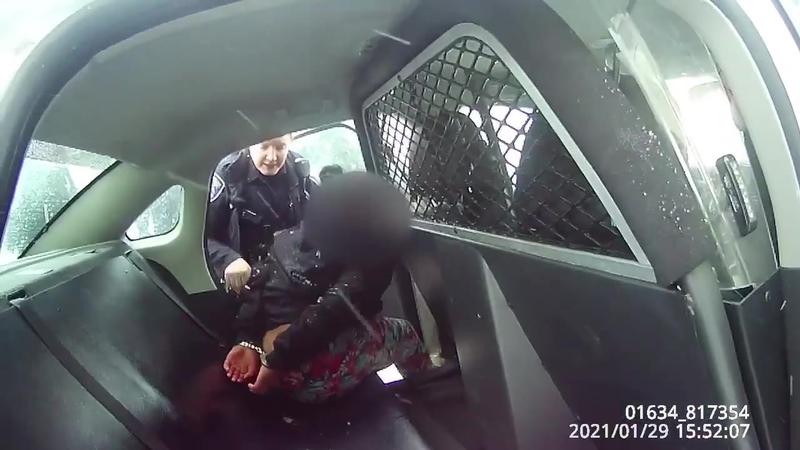 A 9-year-old girl was handcuffed and pepper sprayed by police officers responding to a report of “family trouble” in Rochester, New York, on Wednesday, according to Rochester Deputy Police Chief Andre Anderson.

Two body camera videos of the incident released by the police department on Sunday show officers restraining the child, putting her in handcuffs and attempting to get her inside the back of a police vehicle as she is heard repeatedly crying and calling for her father.

Officers are then seen pepper spraying the girl after she doesn’t follow commands to put her feet inside the car.The girl was transported to Rochester General Hospital where she was later released, Anderson said.

Rochester Mayor Lovely Warren said during a news conference Sunday that she had spoken with the girl’s mother and that the city’s Person in Crisis mental health team would be reaching out to the family.”It is clear from the video that we need to do more in supporting our children and families,” Warren said.

The day’s biggest stories in 10 minutes or less.Sign up and get access to videos and weekly student quizzes.Sign Me UpNo ThanksBy subscribing you agree to ourprivacy policy.During the press conference, Rochester Police Chief Cynthia Herriott-Sullivan said that what happened was not acceptable.”I’m not going to stand here and tell you that for a 9-year-old to have to be pepper-sprayed is OK. It’s not,” Herriott-Sullivan said. “I don’t see that as who we are as a department, and we’re going to do the work we have to do to ensure that these kinds of things don’t happen.”

Police say they were responding to a report of ‘family trouble’

Officers were called to a home on the afternoon of January 29 for a report of “family trouble,” Anderson said Sunday.