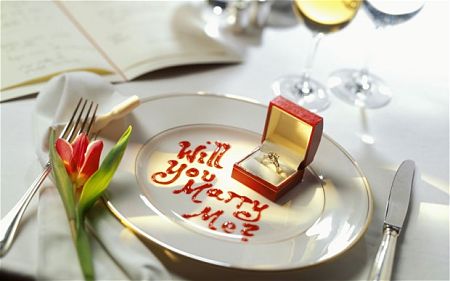 Video: Man proposed to 2 women at the same time!

At Will and Ashley’s wedding this October, the bride and groom won’t be the only ones in the spotlight. Ashley’s sister, Hannah, will get to share in moments as...
by Katricia Brown July 5, 2017 477 Views 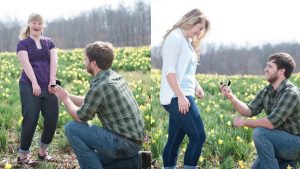 At Will and Ashley’s wedding this October, the bride and groom won’t be the only ones in the spotlight.

Ashley’s sister, Hannah, will get to share in moments as well.

Hannah, 15, has Down syndrome and diabetes and will always need to be in her older sister Ashley’s care. When Ashley, 23, and her boyfriend of seven years, Will, started talking about getting married, she joked that he never thought he’d have to marry two girls at once.

Little did she know, that’s exactly what he planned to do.

During an annual family photoshoot, Will got down on one knee and asked Hannah to be his Best Friend Forever.

“She was so excited, and I looked at Will and said, ‘I’m probably next, right?’” said Ashley.

At the wedding, Will and Hannah will share best friend vows. Among Hannah’s vows are to share secrets, go fishing and take care of one another for life. Hannah and Will will also have a first dance to “Best Friend” by Harry Nilsson during the reception.

“Weddings aren’t all about love and lust and everything. It’s about bringing two families together. I’m bringing Hannah as my family into this.”

Hannah picked out her own white dress and will have the title “Best Sister” in the ceremony. Ashley doesn’t mind sharing her day with her younger sister.

“It doesn’t even cross my mind to think that I’d want it by myself,” says Ashley.