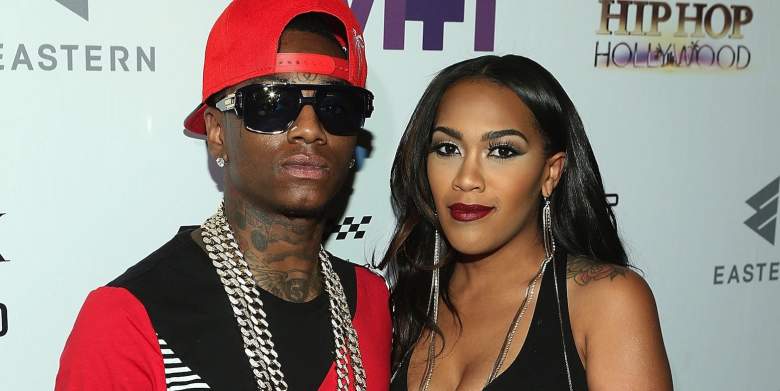 Is domestic violence now being used for ratings! This is terrible! *’Marriage Boot Camp’ Cameras Catch Soulja Boy Get Violent with Nia Riley: ‘This Hurts My Heart’ The latest...
by Raquel Jayson March 2, 2019 5052 Views

Is domestic violence now being used for ratings! This is terrible! *’Marriage Boot Camp’ Cameras Catch Soulja Boy Get Violent with Nia Riley: ‘This Hurts My Heart’

Soulja and Riley have been off and on over the course of years, and the two are apparently off for good. During episode 8 of “MBC,” which aired on Thursday, the ex-couple got into an explosive fight in the middle of the night when the entire cast was asleep. The “Pretty Boy Swag” rapper was devastated that Riley, stepdaughter of R&B legend Teddy Riley, broke up with him on a previous episode, telling her that she had humiliated him on national television.

Riley, who broke up with Soulja boy due to their constant bickering, yelled for him to be quiet and “leave” her alone while scrolling on her cellphone. “Big Draco” became agitated that Riley wasn’t paying him any attention and charged toward her. He hopped onto Riley’s bed, which was across the room from his, and tried to grab the phone out of her hand. The mother of one belted out an ear-piercing scream while kicking him off of her as he grabbed her foot.

The entire house woke up and raced to Riley and Soulja’s room to break the fight up. Later on in the day, Riley revealed to Dr. V that the pair’s fight wasn’t their first physical confrontation and she was scared out of her mind because she had no idea of what he was going to do to her.

Soulja apologized to Dr. Ish and Riley for the incident, with the caveat that he didn’t hit her. However, the doctor reiterated to the “Marco Polo” artist that his erratic behavior triggers Riley’s past abuse trauma of when she was sexually assaulted.

He and his ex-girlfriend eventually made up, but social media was still polarized by what they’d just witnessed on TV.

“This is sad and disturbing 😟 ,” one “MBC” fan wrote on Instagram. “That scream has history behind it. Where is production and security? Why waka walk in and tell his wife to come on? Like how are you just gonna turn a blind eye to this shit? I’m praying for you Nia.”

Watch: Members Attend 1st Service After The Death Of Their Pastor and First Lady After Crypted Facebook Post Then Suspicious House Fire

Wendy Williams Is Set To Return On The Air Monday, March 4, 2019 While Someone Is Calling Her Husband A Terrible Human Being!