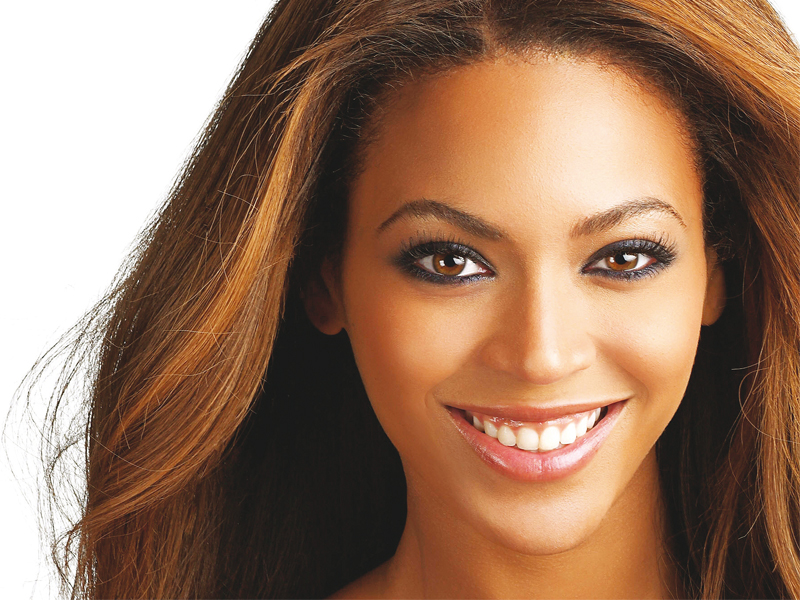 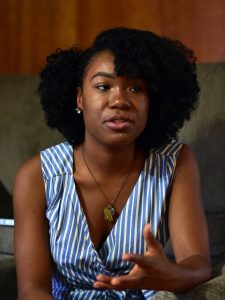 Bria Paige excitedly talked to her mother over the phone while laughing and crying.

She had just found out her dreams were supported by her idol, superstar Beyoncé.

The 19-year-old has been a fan of Beyoncé “since forever” and has seen her in concert twice. The Jackson native could not stop smiling as she explained her reaction to the news.

“Oh my God, Beyoncé? The Beyoncé? This is crazy. She knows who I am.”

On June 15, Paige was named one of four winners of Beyoncé’s first Formation Scholarship. She will receive $25,000 toward her education by Parkwood Entertainment, Beyoncé’s management and entertainment company.

According to her website, Beyoncé created this scholarship to celebrate the anniversary of her visual album, LEMONADE, and to “encourage and support young women who are unafraid to think outside the box and are bold, creative, conscious and confident.”

Beyoncé listed four schools and four majors eligible for the scholarship. She specified Berklee College of Music, Parsons School of Design, Howard University and Spelman College as the schools and creative arts, music, literature or African-American studies as the majors.

Paige is a junior English major at Spelman. She was chosen for the scholarship out of about 70 applicants from her school.

Paige exudes confidence. Her mother, Mitzi Paige, said her daughter has been this way since she was young.

“She’s always been unafraid to be herself, always been creative and very conscious of her surroundings, and a lot of her thoughts are really progressive thoughts.”

Mitzi Paige said said her daughter has always been a leader and is her own best motivator to reach goals she sets for herself.

Once graduated from Spelman, Paige plans to attend graduate school for English, get her Ph.D. and become a professor at a college or university. She said she is specifically interested in how technology has influenced the mediums of storytelling and literature.

When Mitzi Paige, chief of the civil division for the U.S. Attorney’s Office for the Southern District of Mississippi, heard about the scholarship, she said she knew it was meant for her daughter.

“Everything just felt right and it all pointed, in my mind, to Bria,” she said.

“Bria was incredible — she got things done,” Kinsey said. “If there was a task she was responsible for, she handles it. She steps up to the plate and gets it done well … to the best of her ability.”

Spelman professor Donna Harper taught Paige in an honors composition class. Harper, who reviewed some applications for the scholarship, said Paige stood out as “an exceptional student.”

“Her writing is quite clear, detailed, accurate and interesting,” Harper said. “We live in a very technological era where texts and tweets dominate, so when you have a young mind who is able to sustain a narrative, provide rich details and offer logical explanations, that is quite impressive.”

At Spelman, Paige is the Student Government Association secretary of Academic Affairs and co-president of the English Club. She is also a part of the Ethel Waddell Githii Honors Program and Alpha Lambda Delta honor society, among other things.

“I’m interested in literature, specifically African-American literature,” Paige said. “I was interested in how LEMONADE, a music project, linked different people, different situations, different circumstances into Beyoncé’s artistry and how that created a political space for Beyoncé to come out into and also for black women to identify with.”

The Formation Scholarship application process included meeting a GPA standard and submitting a general application, a 350-word essay and a portfolio.

Paige used some of her previous thoughts about LEMONADE in her essay.

“(By) really celebrating her identity as a black woman throughout the album and including so many facets of black womanhood and also black culture … that really was a statement for me,” Paige said. “For her to get up on the world stage and really celebrate us is a really beautiful thing.”

Paige ended her essay with “Thank you for seeing me, Beyoncé.” She said she felt like Beyoncé saw her through her album, and went a step further by creating the Formation scholarship for women of color to continue their education.

“That is something that I’ll forever be appreciative for,” she said.

Paige said being chosen for the scholarship has put some pressure on her, though.

“I feel like I just have so much more to prove now,” Paige said. “Beyoncé really trusts me with this money. She believes in me. I now have to work 110% harder because I have Beyoncé on my side.”

Paige is hopeful she will meet her idol one day.

Paige said she was overwhelmed by the amount of support she received from her home, her family, the Jackson and Madison community, Spelman and the UNCF MMUF program.

“It was such a huge outpour from every facet of my life and I was so appreciative,” Paige said. “It was so beautiful.”

Through being chosen for this scholarship, Paige said she hopes to inspire youth to appreciate where they have come from and who they are.