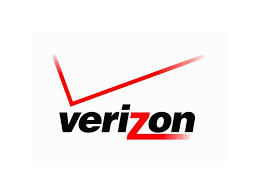 After announcing last month that it would turn on its first mobile 5G network in Chicago and Minneapolis on April 11, the wireless carrier announced on Wednesday that is moving up that date. Instead, the new 5G network is live today. 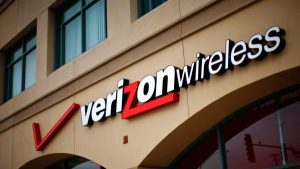 “We wanted to get 5G in the hands of customers as soon as we were able,” Kevin King, director of communications for Verizon, tells USA TODAY. “We were able to deliver 5G more quickly than previously promised. We’re excited, and this is an exciting day for our customers.”

The new 5G network is the first to work with a mobile phone, last year’s Motorola’s Moto Z3, assuming you have the required Moto mod accessory that attaches to the back of the phone and has the required chips to connect to 5G.

Verizon will also have the new Samsung Galaxy S10 5G later this spring.

The new service will cost $10 more per month than the company’s existing 4G LTE service for unlimited data.

Users on any of Verizon’s recent unlimited data plans will be able to upgrade lines to tap into 5G, with the company waiving the $10 5G monthly fee for the first three months.

Verizon says its new network will deliver “typical” download speeds of 450 Mbps, significantly faster than the 4G LTE networks currently available. “Peak” speeds could reach up to 1 Gbps, similar to some of the fastest home broadband speeds currently available to consumers.

Ookla, makers of the popular Speedtest app, recently found that the average download speed on T-Mobile, Verizon and Sprint’s 4G LTE networks was between 33 and 35 Mbps. It said AT&T’s 4G LTE network was the fastest, according to the company’s nationwide test, at an average of 40.7 Mbps which is still just a fraction of the speed Verizon is promising for its early 5G network.

But don’t expect Verizon’s 5G network to blanket the cities, at least not initially.

Chicago service will initially be “concentrated” in The Loop, specifically areas of the West Loop and the South Loop and around Windy City landmarks such as Union Station, Willis Tower, the Art Institute of Chicago, Millennium Park and the Chicago Theatre.

The company also says that coverage in the area will also extend to the Verizon store on “The Magnificent Mile, and throughout the Gold Coast, Old Town and River North.”

In Minneapolis, users will primarily find 5G in the city’s downtown area, including “Downtown West and Downtown East” and around landmarks such as the “Minneapolis Convention Center, the Minneapolis Central Library, the Mill City Museum, Target Center and First Avenue venues.” It will also be available in “The Commons,” “areas of Elliot Park” and the Verizon store at the Mall of America.

The new network will also be live inside and around U.S. Bank Stadium, home to this weekend’s NCAA men’s Final Four.

Beyonce Reportedly Working On New Projects…Just To Name A Few