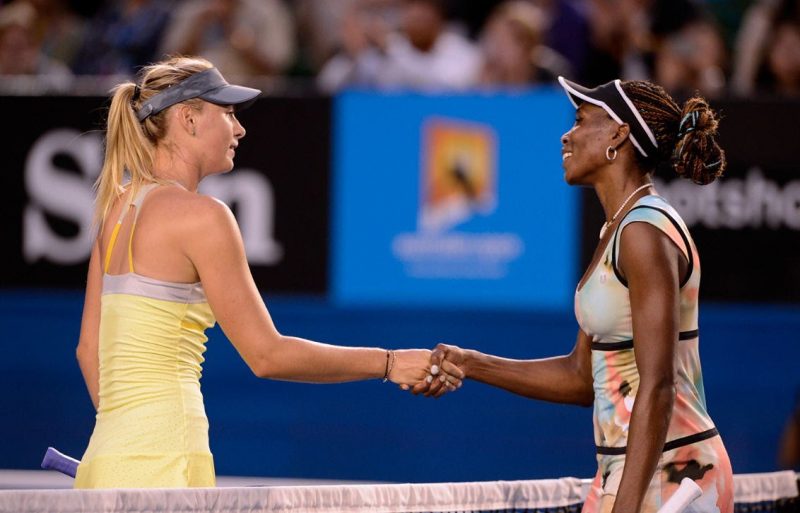 Venus Williams and Maria Sharapova in action on Day 1 of U.S. Open

Five things to watch on opening day of the U.S. Open: Venus Williams, a two-time U.S. Open champion, will meet Viktoria Kuzmova of Slovakia in the first round. Williams...
by Joy Smith August 28, 2017 605 Views 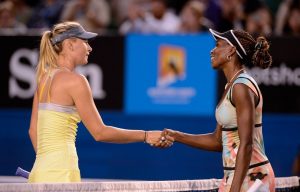 Five things to watch on opening day of the U.S. Open:

Venus Williams, a two-time U.S. Open champion, will meet Viktoria Kuzmova of Slovakia in the first round. Williams is 67-8 in the opening round of Grand Slam tournaments and has never lost her opener in New York (18-0 coming into Monday.) This is Williams’ 76th appearance in the main draw of a Grand Slam, the most of any female player in the Open era.
Maria Sharapova makes her first Grand Slam appearance since serving a suspension for the use of meldonium. She gets a tough assignment in No. 2 seed Simona Halep. However, Sharapova has beaten Halep all six times they’ve played with the last win coming two years ago at the WTA Finals. Halep was the runner-up in Cincinnati and is 15-7 in hardcourt matches this season. She’s one of eight women who have a chance to hold the No. 1 ranking after the U.S. Open.
Alexander Zverev comes in as one of the hottest players on Tour, having won titles in Washington and Montreal earlier this month. The No. 4 seed plays Darian King at Arthur Ashe Stadium after Sharapova and Halep on Monday night. Zverev has never reached a Grand Slam quarterfinal.
John Isner, at No. 10 the top seed among American men, plays Pierre-Hugues Herbert of France. Last week Isner captured his 350th match win, beating Andrey Kuznetsoz in Winston-Salem. Isner reached the Open quarterfinals in 2011, his best finish in New York.
Reigning Wimbledon champion Garbine Muguruza opens play at Arthur Ashe Stadium against Varvara Lepchenko. The Spaniard seeks to become the ninth woman in the Open era to win Wimbledon and the U.S. Open in the same year. Serena Williams was the last player to do so in 2012.

Taking Names!! Taylor Swift is goes for BROKE in her new music video!