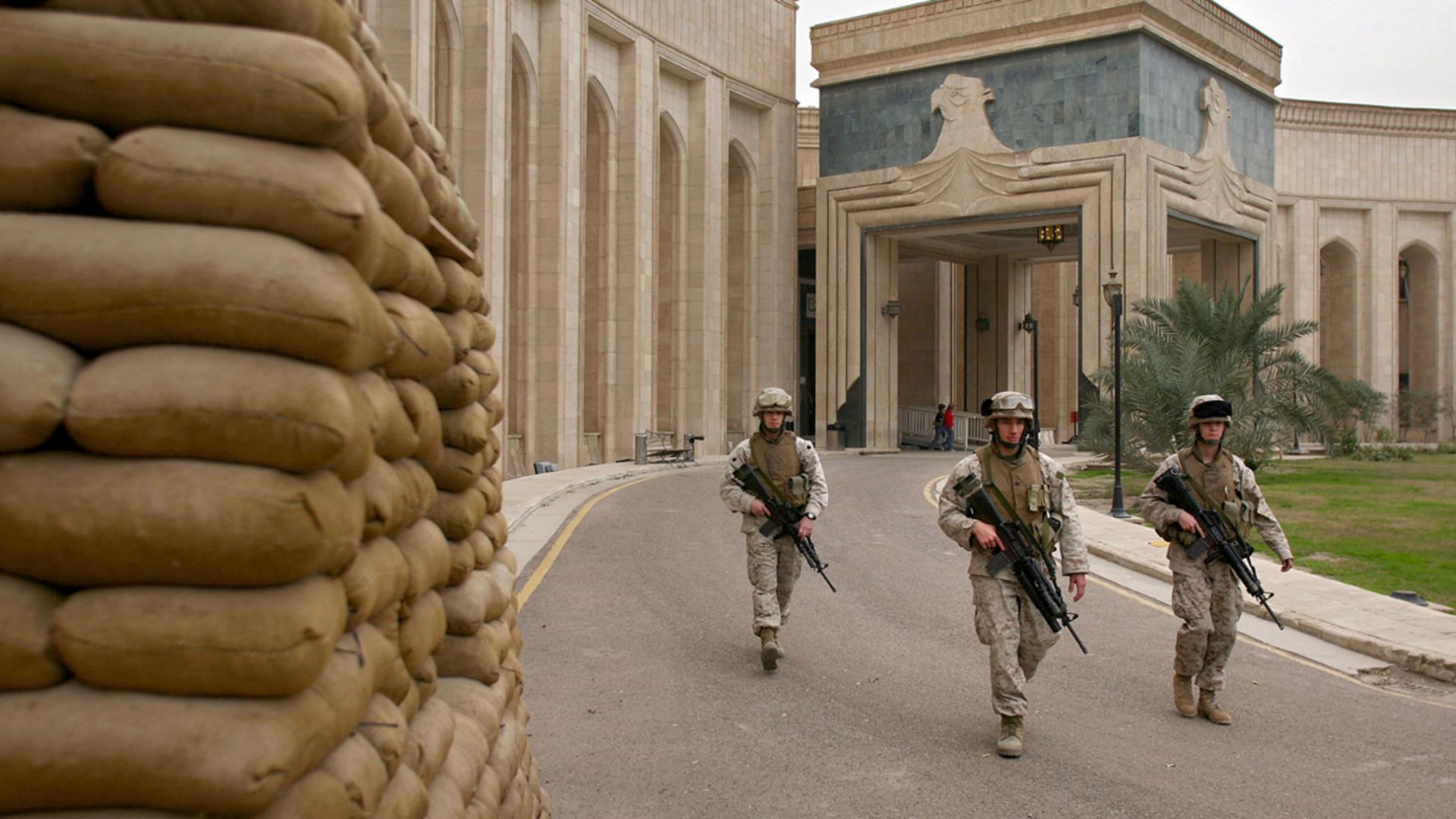 US Military staff have been ordered to leave Iraq amid escalating tensions with Iran!

The U.S. military put its forces in Iraq on high alert and the State Department ordered all non-emergency employees Wednesday to leave the country immediately amid escalating tensions with Iran. It comes as...
by Joy Smith May 15, 2019 301 Views

The U.S. military put its forces in Iraq on high alert and the State Department ordered all non-emergency employees Wednesday to leave the country immediately amid escalating tensions with Iran. It comes as some U.S. allies have expressed skepticism about the Trump administration’s claims that Iran poses a growing threat.

Navy Captain Bill Urban, a spokesman at the U.S. military’s Central Command, said in a statement that there were “possibly imminent threats to U.S. forces in Iraq” as he sought to clarify contradictory remarks by a British commander on Tuesday.

British Maj. Gen. Chris Ghika, a senior officer in the U.S.-backed coalition fighting the Islamic State group in Iraq and Syria, said that “there’s been no increased threat from Iranian-backed forces in Iraq and Syria.” Ghika’s remarks were later rebutted by Urban in a rare sign of how the U.S. and its close allies have split over Iran’s potential threat.

The Trump administration has made applying “maximum pressure” on Iran a central tenet of its foreign policy. Trump has withdrawn the U.S. from the 2015 nuclear deal between Iran and world powers, reimposed crushing sanctions and boosted the U.S. military presence in the Persian Gulf. In recent days, unease that Washington and Tehran could be headed toward military confrontation has mounted.

In Baghdad, the U.S. Embassy published a statement Wednesday saying the State Department mandated that all non-emergency government staff leave the country after Washington last week said it detected new and urgent “credible” threats from Iran and its proxy forces in the region targeting Americans and U.S. interests.

Specific details about the intelligence have not been revealed.

But in a worrying sign, Saudi Arabia said this week that two of its oil tankers and other energy-related infrastructure were damaged in an act of “sabotage” in the Gulf. Yemen’s Iran-backed Houthi rebels, who are fighting a war with Saudi Arabia, claimed responsibility for drone attacks on Saudi oil facilities on Tuesday.

When the U.S. pulled out of the nuclear deal in May last year, the other signatories to the accord – Britain, China, France, Germany, Russia and the EU – vowed to stay in and establish a financial mechanism that would allow them to keep trade and other ties with Iran open amid the U.S. sanctions. They have struggled to achieve that. As a result, Iran has given European countries 60 days to find a way of salvaging the agreement or threatened to start enriching uranium to far higher levels.

If nothing happens when the 60 days are up “there will be consequences from our side,” Hamid Baeidinejad, Iran’s ambassador to the United Kingdom, told USA TODAY and other media outlets during a briefing in Iran’s embassy in London on Tuesday.

Successive U.S. administrations have viewed Iran as a regional troublemaker and described it as the “largest state sponsor of terrorism.” Tehran aids a number of Shia militant groups in Iraq, Lebanon, Syria and elsewhere across the Middle East region. The Trump administration pulled out of the nuclear deal in part because of that reputation and also because the deal does not address Iran’s ballistic missile activity.

Iran or its proxies such as Hezbollah, Hamas and the Taliban have carried out bombings, abductions and hijackings against the U.S. and other western nations.

“Iran is certain to continue to pursue its regional strategy, unless and until its adversaries are willing or able to blunt Iran’s efforts,” the authors of a new report by The Soufan Center, a global security research center, wrote. “Rolling back Tehran’s regional influence will require an equally nimble approach combining diplomacy, smart counter-terrorism policy, and a nuanced understanding of how and why Iran’s soft power efforts have been successful so they may be effectively countered.”

Tamar Braxton fans are saying Logan is growing up and looks just like this sister!