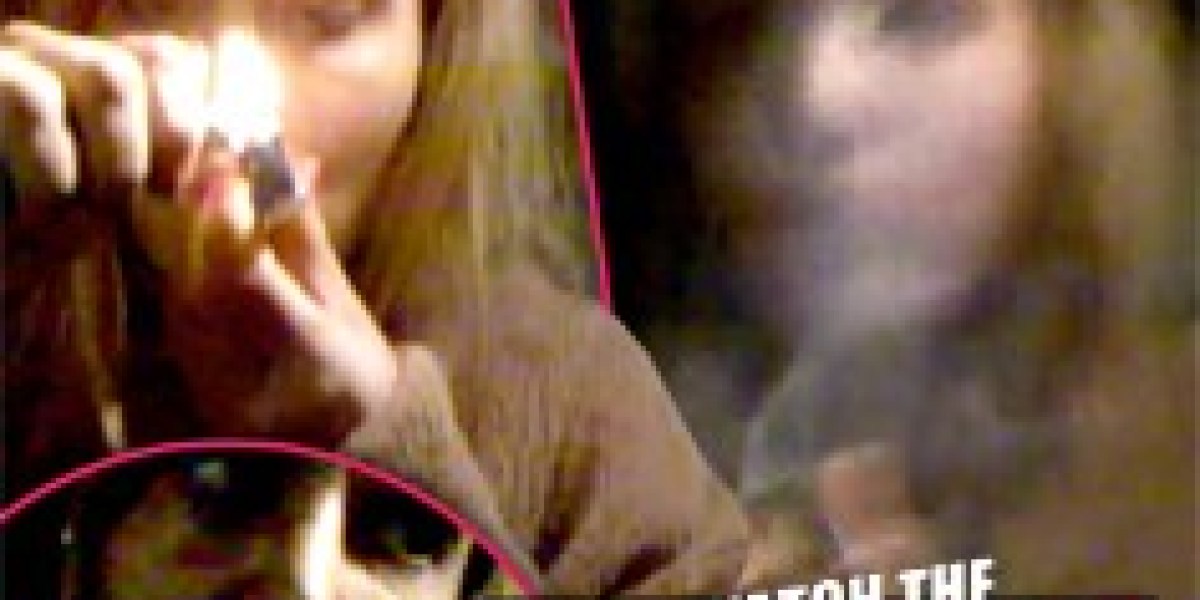 Shocking exclusive new video shows Charlie Sheen’s off-the-rails ex getting ready to smoke what looks to be crystal meth in a filthy van — as one of their young sons,...
by Joy Smith August 8, 2019 1857 Views

Shocking exclusive new video shows Charlie Sheen’s off-the-rails ex getting ready to smoke what looks to be crystal meth in a filthy van — as one of their young sons, age 9, sits upstairs alone in a hotel room.

A wired-looking Brooke Mueller was caught on the footage, obtained by Page Six, crouching in a van strewn with trash, rolling a drug pipe between her fingers and clutching a lighter.

She was preparing to light up her drug pipe while one of her 9-year-old twin sons with Sheen, Bobby, sat alone in a room at an airport hotel in Spokane, Wash., a well-placed source said. The incident occurred in July 2018. Bobby’s brother, Max, was away at camp at the time.

Earlier in the day, Mueller had left Bobby alone with two strangers, both men, at a restaurant in nearby Coeur d’Alene, Idaho, while she ran off to score drugs, returning after an hour, the source also revealed.

The troubling incidents happened a year before another Page Six exclusive involving the actress-mom last month — when Mueller brought “suitcases of drugs’’ with her on a jaunt to Southampton.

Charlie Sheen ex Brooke Mueller hunted ‘black tar’ heroin in Queens
“Brooke’s family is very concerned about her relapse and about her safety,’’ a second source, who is close to the actress, told The Post. “They are worried about her pattern of behavior that leads her to put herself in the hands of total strangers.”

The sordid ”black tar’’ heroin and Spokane sagas are only the newest disturbing incidents involving Mueller to surface.

Sheen’s former wife has been battling her addiction demons, going in and out of rehab, for years. The July 2018 hotel incident in Spokane shows that she was back off the wagon again at least a year ago.

At some point, she left the club to score drugs and met a random couple at a seedy motel, the witness said. The pair drove her to a drug joint near a hospital, where someone stole Mueller’s purse and all her credit cards, leaving her hysterical, the source said.

The next night, a broke Mueller — who was then reduced to persuading random people to lend her money by saying, “I’m Charlie Sheen’s ex, look me up on Google. But I don’t have AIDS, I’ve been tested.” — returned to the same strip club, the source said. She left the jiggle joint hours later with a large group of random men.

Her son Bobby arrived the next morning, the witness said.

Mueller took him to the summer home of a wealthy businessman boyfriend of hers at the private golfing community Gozzer Ranch. But the fed-up boyfriend soon kicked them both out, and Mueller headed to the airport hotel with her son.

Bobby was checked into the hotel Wingate near Wyndham Spokane Airport minutes before by an acquaintance of Mueller, the first source said.

Meanwhile outside the hotel, Mueller, 41, was begging to go somewhere to get more drugs to pull her out of withdrawal the next morning, according to the videotape in the van outside the hotel.

According to the witness, Mueller brought out her drug pipe for a few hits in the meantime. Smoking meth is said to cause a more intense high than snorting or injecting the drug. The driver of the van refused to take Mueller to buy more drugs, so she then went upstairs to join her son, the witness said.

But soon she demanded a hotel staffer call for a ride to a local casino, according to reports, and another car eventually came to pick her up. But hotel workers realized that Bobby was still alone upstairs and called the police.

The police report noted, “Wingate [hotel] front desk advising a very intoxicated female just left for the casino and left her child alone in the room.”

A cop and hotel staff made a welfare check on the boy at 1:15 a.m. July 22, 2018, when they found him alone in the room, where they also discovered the prescription medication clonazepam, which is used to treat anxiety, Radar Online reported.

The officer remained with Bobby until Mueller returned around an hour later. She was not charged, but “threw a fit” at hotel staff for tipping off the police, Radar said.

As Page Six exclusively reported, a back-on-drugs Mueller showed up in the Hamptons early on the morning of Sunday, July 14, with “suitcases of drugs,” witnesses said.

Sources close to the Sheen ex — who has reportedly been to rehab an incredible 20 times and completed her last live-in treatment in January 2017 — claimed that she had booked a hotel there but arrived seven hours before her scheduled 3 p.m. check-in, sources said.

According to multiple sources, Mueller — who appeared as if she had a liberal dusting of cocaine around her nostrils — urged the male housemates to party with her, telling those who did not want to indulge first thing on a Sunday after a late night out, “You guys are boring, what is wrong with you?,” witnesses said.

A frazzled Mueller was forcibly thrown out of the Hamptons shared house two hours later when another resident returned and was appalled to find the wasted woman with her narcotics stash, which a witness described as a scene from the Al Pacino drug-lord flick “Scarface.”

The witness said the disgusted resident “threw Brooke’s suitcases right out of the door into the street, and then he threw her right out after them.”

Less than a day later, she was driving to Queens with a mystery man from the Hamptons around 2 a.m., desperately trying to score crystal meth, cocaine and “black tar” heroin, according to the exclusive new audiotape.

Mueller slurs her words on the tape as she discusses how she can get her hands on “black tar,” a dark free-base form of heroin that can be sticky like tar or hard like coal and is generally cut with other substances to make it cheaper than the powder form of the narcotic.

“Now we are almost at Queens. Actually, what we want is, if it’s possible, cocaine and meth, crystal and coke, and if it’s even possible, it has to be the tar, black tar,” says Mueller, who has physical custody of her and Sheen’s twin boys, now age 10.

Mueller then quickly says of the black tar, “But that’s not for me.

“Yeah, whatever it is, we’re gonna get it,’’ she adds. “And then I’ll just Venmo you just for doing this. A couple, like what, two hundred bucks? Is that cool?”

The actress has strongly denied ever using heroin.

But when talk on the tape turns to her sobriety, Mueller breezily admits, “I just go on and off. Everyone does. Almost everyone. There’s the few that stay sober, but not at my level.”

Her sons were believed to have been at Mueller’s home in Beverly Hills at the time, under the care of her mother, who often looks after them when she travels.

When reached by phone about the audiotape, Mueller insisted, “I am OK, I am more than OK.”

She claimed of her early-hours car ride to Queens, “I was with my treatment team, so there’s no way I would be looking for black tar. I’ve never done heroin in my life. This is getting out of control.”

Mueller has now checked into a trauma rehabilitation center, a facility that helps address underlying emotional issues that lead to addiction.

A spokesman for Mueller said, “Brooke has voluntarily checked herself into a trauma center on the East Coast and is under the supervision of a team of professionals. Like millions of other people, staying sober is a daily challenge and she is working hard to overcome her disease.”

Mueller’s rep didn’t comment on the audiotape nor the video footage of the drug pipe when reached by Page Six on Wednesday.

But the source close to her family said they are very concerned. “They don’t know why she was in Queens or what happened there, but she was there,’’ the source said. “Her family urgently wants Brooke to go back to rehab, but they can’t force her. Ultimately, she has to make the decision to get sober herself. Thankfully, her sons are safe in California.”

They both checked into rehab after the incident, and Sheen was placed on probation and ordered to undergo domestic-violence counseling.

According to divorce papers, Sheen and Mueller share legal custody of their sons, but she has primary physical custody. It was reported at the time of their divorce that he had agreed to pay $55,000 a month in child support to Mueller, the same amount he pays ex-wife actress and former model Denise Richards, with whom he has two daughters.

Sheen was diagnosed with HIV in 2012, and Mueller released a statement at the time confirming that she and their twin boys “are not HIV positive.” He stated that the diagnosis sent him on a spiral of booze and cocaine use. But in January this year, Sheen announced he had just celebrated one year of being sober.

Meanwhile, Mueller has continued to battle her own demons. She was arrested in December 2011 at an Aspen nightclub for suspicion of assault and cocaine possession and sentenced to probation. She reportedly returned to rehab in May 2012 and again in December that year.

In May 2013, Richards was granted temporary custody of Mueller and Sheen’s twin boys after child welfare workers removed the boys from Mueller’s home, saying the environment was “unsafe.” Mueller then checked into UCLA Medical Center to seek treatment for prescription drug abuse.

In November 2013, Sheen claimed to the media he had reported Mueller to the Department of Children and Family Services ahead of her first unsupervised overnight visit with their boys. He claimed at the time to TMZ that Mueller was “as awful a parent and a person as you can possibly draw up.”

Around the time, a video emerged online of Mueller appearing to smoke crack cocaine and asking someone off-camera, “Where is the crystal? I’m giving you $1,500.”

In 2014, Mueller was sued by her former assistant, who said he watched her twin boys while she got “so high as to be literally wasted.” He also claimed she engaged in sex acts with others while her young kids were in the room.

Then in November 2016, Salt Lake City police launched a search for Mueller and her sons. She turned up at a bar, barefoot and reportedly “disheveled,” in the early hours of the morning with the then-7-year-old boys in tow.

Mueller was immediately hospitalized for an evaluation. Then she entered live-in rehab again, later starting an outpatient rehabilitation program in Utah in January 2017. At the time, her mother released a statement saying Mueller was “committed to maintaining her sobriety.”

Mueller’s apparent attempt to buy cheap heroin and other narcotics comes after Sheen reportedly fell into arrears in his child support payments in 2016.

Mueller’s net worth appears to be dependent on Sheen, as her only recent work seems to be an appearance on a reality show with her close friend Paris Hilton.

Last year, Sheen asked to modify his child support payments to Mueller and Richards, claiming he “had been unable to find steady work and have been blacklisted from many aspects of the entertainment industry” and as a result, did not have the “sufficient income” to pay the court-ordered child support amounts.