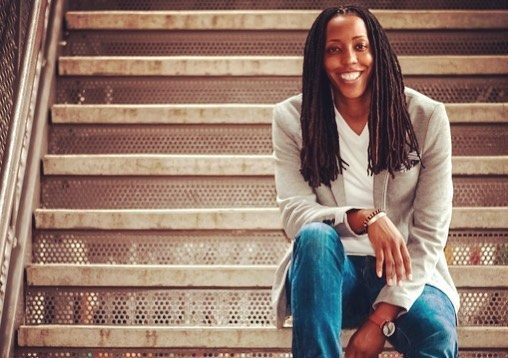 A University of Georgia professor has a serious issue with the way the education system impacts Black students, and she’s tackling it in her newest book. Bettina L. Love is...
by Joy Smith July 22, 2019 319 Views

A University of Georgia professor has a serious issue with the way the education system impacts Black students, and she’s tackling it in her newest book.

Bettina L. Love is an associate professor for UGA’s College of Education’s department of educational theory and practice. Her book “We Want to Do More Than Survive: Abolitionist Teaching and the Pursuit of Educational Freedom” focuses on teaching radical civic initiatives to dismantle the education system she says puts Black students at a disadvantage.

When she penned an essay in Education Week in March that called out white teachers for being disconnected from the experiences of racism that affect their Black students, she was met with backlash.

“No matter where I go, when I ask future teachers why they want to teach –especially White women, who make up the vast majority of all teachers —their first or second answer is always: ‘I love children,’ followed by, without taking a breath, ‘I love all children,’” she wrote in part. “The word ‘all’ is meant to signal, ‘I am not racist; I am fit to be in the classroom with children of color.’ The statement is used to show that White teachers can be kind to every Black and Brown child that walks through their classroom doors. But how can you love or care for someone you know so little about?”

Love also pointed out that one of her white students wrote a paper about interacting with who she called “African Americans” in South Africa. Asking on the paper for the student to see Love after class, the instructor told her that actual African Americans — i.e., Black people — were all around them in the U.S. and that she was actually referring to South Africans. The student, Love said, “was embarrassed and assured me that she knew the difference.”

Many who responded tore into Love.

“Attention all humans! It is time we STOP categorizing people as ‘white’ ‘black’ ‘people of color’ etc. Everyone who uses those terms are NOT seeing the reality-that we all are of one race – the human race,” someone said in part.

“I find the idea that teachers need to ‘love’ students and their ‘culture’ creepy. Shut up and teach, dammit,” someone else said in part.

Regardless, Love is still firm on the importance of transforming the educational system to benefit Black students. She said in a recent interview reported by The Atlanta Journal-Constitution that the education system instructs black kids to focus on surviving instead of thriving and dismisses their “resourcefulness, resilience and joyfulness.”

The professor puts a large amount of the blame for that on the majority of white teachers in classrooms filed with Black students.

During her eight years as an instructor at the UGA College of Education in the department of educational theory and practice, Love said there are less than 10 Black students in her required class on diversity. Although there has been an increase in non-white instructors, white teachers make up 80 percent of instructors, most of whom are women, the AJC reported.

While Love is a university professor now, she was once a classroom instructor. She knows first-hand what Black students go through and thinks there need to be tough discussions about race in classrooms with white teachers.

“What I am asking for is solidarity,” she said. “One of the things we don’t talk about in the profession is the mistrust between teachers of color and white teachers. What I am asking teachers to do is cut across racial lines to have those difficult conversations around race, gender and citizenship.”

Acknowledging that teachers are “tired and stressed,” Love still wants them to “get in your lane and push.”

“When you see injustice, do something about it. That could be to just say, ‘That new policy is trash and I am not going to do it,’” she said. “We cannot sit back and know our students are facing inhuman conditions, ideas and circumstances and not act.”