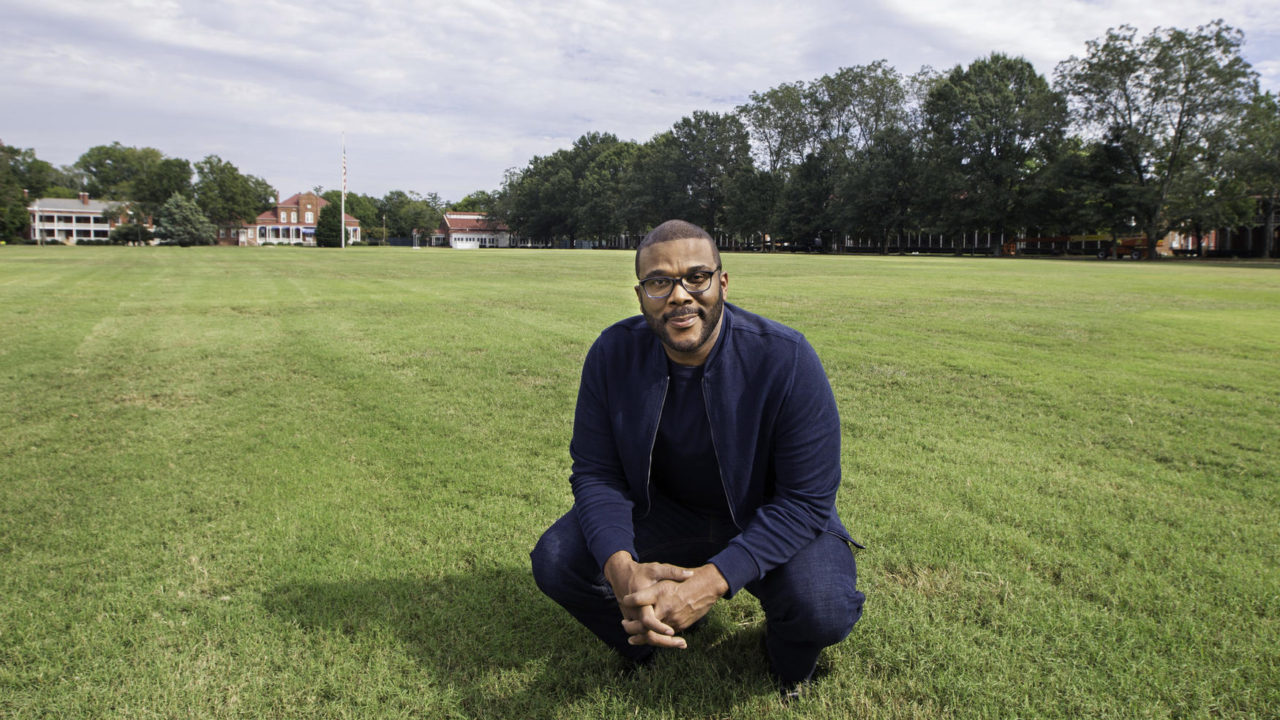 It’s not uncommon in Atlanta for Tyler Perry to come to the rescue of families in need. The attorney for Rayshard Brooks family announced today that Tyler has reached...
by Zach Freeman June 15, 2020 2056 Views

It’s not uncommon in Atlanta for Tyler Perry to come to the rescue of families in need. The attorney for Rayshard Brooks family announced today that Tyler has reached out and offered to pay cost for funeral services.

An Atlanta police officer was fired early Sunday following the fatal shooting of a black man, which triggered unrest and new waves of protests in the city. Rayshard Brooks, 27, was fatally shot by police at a Wendy’s drive-thru after officials said he resisted arrest and stole an officer’s Taser.

An autopsy found that Brooks suffered two gunshot wounds to his back and he died of organ injuries and blood loss, the Fulton County Medical Examiner said on Sunday. The manner of death was listed as a homicide.

The fired officer, Garrett Rolfe, was hired by the department in October 2013, a department spokesperson said. Devin Brosnan, another officer at the scene, was placed on administrative duty.

Rolfe’s firing follows the resignation of the city’s police chief, Erika Shields, who left the department just a day after the deadly shooting. Former Assistant Chief Rodney Bryant, who is black, will serve as the city’s interim police chief.

In a statement, Shields said: “I have faith in the mayor, and it is time for the city to move forward and build trust between law enforcement and the communities they serve.”

Police said Brooks fell asleep in the Wendy’s drive-thru on Friday night and had failed a sobriety test. When police tried to take him into custody, Brooks resisted and stole a Taser from an officer, they said. Brooks ran from the officers, and at one point, aimed the Taser at police before the officer fired his weapon, the Georgia Bureau of Investigation said, citing surveillance video that was released to the public.

Brooks was taken to a local hospital where he died after surgery, officials said. One officer was treated for an injury and discharged from the hospital.

L. Chris Stewart, an attorney for Brooks’ family, said the officer who killed Brooks should face charges. “Black, white, Hispanic, whatever you are,” Stewart said in a news conference. “Are you not tired of seeing cases like this happen?”

Stewart said Brooks had planned on taking his 8-year-old daughter skating for her birthday but never came home. “She had her birthday dress on. She was waiting for her dad to come pick her up and take her skating,” he said Saturday.

Brooks has three daughters, ages 1, 2 and 8, and a 13-year-old stepson. Steward told reporters that Brooks was beloved by family and friends: “We watched them play and laugh and be oblivious to the fact that their dad was murdered on camera, a scene that we keep repeating.”

Tomika Miller, who was married to Brooks for eight years, said she dropped to her knees when she heard the news.

“It was murder — that was not justified,” Miller told CBS News. “He was shot running away. He wasn’t dangerous. He wasn’t coming at them in any kind of way to where they felt a threat, they shouldn’t have felt threatened.”

Miller never imagined she’d be in the same position as the family of George Floyd, a 46-year-old who died in the custody of Minneapolis police.

Brooks’ death ignited angry demonstrations in the city. Protesters on Saturday set fire to the Wendy’s restaurant where Brooks was killed and shut down an interstate highway in both directions. At least 36 people were arrested, police said.

The city of Atlanta was roiled by protests following Floyd’s death. Six officers were charged with assault and four were fired after video showed police pulling two college students out of their car during a demonstration on May 30. The officers used a stun gun on the driver and passenger. Footage of the incident was broadcast live by WGCL-TV.

Aunt Jemima Is Now Being Identified As A Racial Stereotype