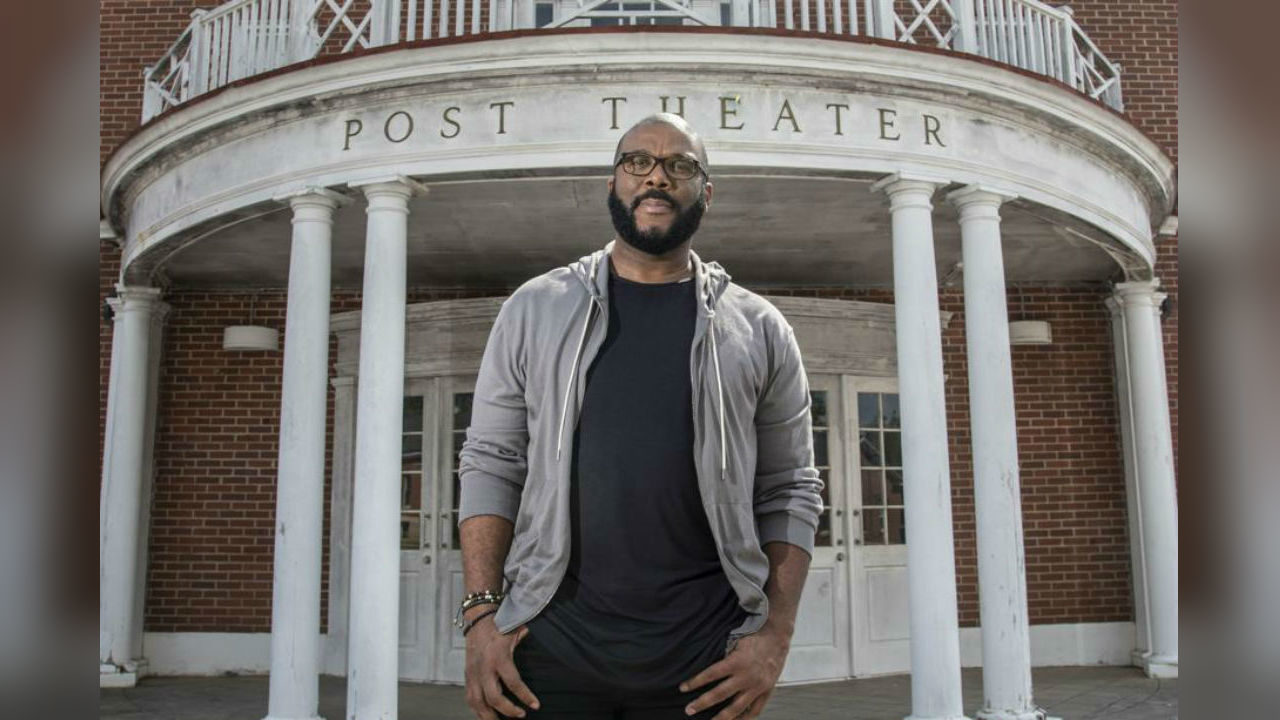 Tyler Perry Studios is celebrated a historic night in hosting the fifth Democratic debate among 10 candidates on November 20.

Taking center stage on national television is filmmaker Tyler Perry’s new, massive 330-acre studio in Atlanta, which opened last month in a lavish, star-studded celebration, where Black Hollywood beamed with pride over a facility that they called their owned.

When Tyler Perry Studios opened last month with 12 sound stages and numerous film sets including a full replica of the White House, it made history as the first studio fully owned by an African American. The Democratic debate took place on the Oprah Winfrey soundstage.

The new facility helped cement Atlanta as a major player in the city’s booming entertainment industry after years of growth.

Perry purchased part of the property in 2015 from the city to build his namesake  production facilities, which is larger than any studio in Los Angeles. He’s the only Black man to own a major film studio in America.

Perry is currently producing several series for BET Plus as part of a lucrative deal with the Black network’s parent company, Viacom.

The evening was perhaps the first time a major political event occurred at Tyler Perry Studios, giving the facility relevance and prestige in shaping the race for the White House.

A write up from The Hill:

The Democratic debate next week is making history by holding it in Tyler Perry’s production studio in Atlanta. This is the first time an African American forum is being used to host a presidential debate.

I love Tyler Perry. For many years, I’ve attended his plays and watched his movies. If you’ve ever seen one of his plays on stage or watched his films in the theater, you sense his appeal to many in the African American community.

The community I’m talking about are every day hardworking folks. The fact that the debate is being held at his studio is something every day black folks are talking about. We’re proud. This is a big step in recognizing race issues as it pertains to politics.

First, I love the moderators are all female, but there’s only one black woman on the panel. We need to be represented more equally.

Second, the location doesn’t necessarily mean that the questions or answers are going to speak to us. In the last debate, for instance, the moderators asked the candidates who they were friends with who did not share their views. The answers ranged from Former Sen. John McCain (R-Ariz.), Former Gov. Chris Christie (R-N.J.), Sen. Rand Paul (R-Ky.) to others preferring no response. This has no bearing on my community.

The quality of healthcare and its accessibility and affordability is a concern among African Americans. Black mothers are 3 to 4 times more likely to die from childbirth or complications shortly thereafter than white mothers. Black babies are twice as likely to die as infants than white babies. The World Health Organization (WHO) states the odds of black women surviving childbirth compares to countries with significant poverty.

And the U.N. Committee on the Elimination of Racial Discrimination (CRED) recommends that the U.S. address and provide solutions to this disparity. Georgia holds the highest maternal death rates in the U.S. As an African American woman, I want to hear candidates address these issues.

Owning a home is part of the American dream. Affordable housing is almost non-existent in many major cities where gentrification has uprooted long standing black residents. I see homeless black folks every day, some sleeping across from the White House.

Even Tyler Perry was once homeless. I want to see candidates address proposals to assist African Americans who are booted out of their homes in cities like Washington, D.C. due to skyrocket rents and high home sales prices. How will the candidates’ housing and urban development policies address homelessness and gentrification issues?

But the debate moderators must use this historical opportunity to question the candidates on substantive issues affecting African Americans. If moderators can ask a friendship question, then truly they can ask questions affecting black lives.

Ex-NFL Miami Dolphin Mark Walton Appeared In Court Today And The Audio Of The 911 Call Was Released And It Is Horrible!