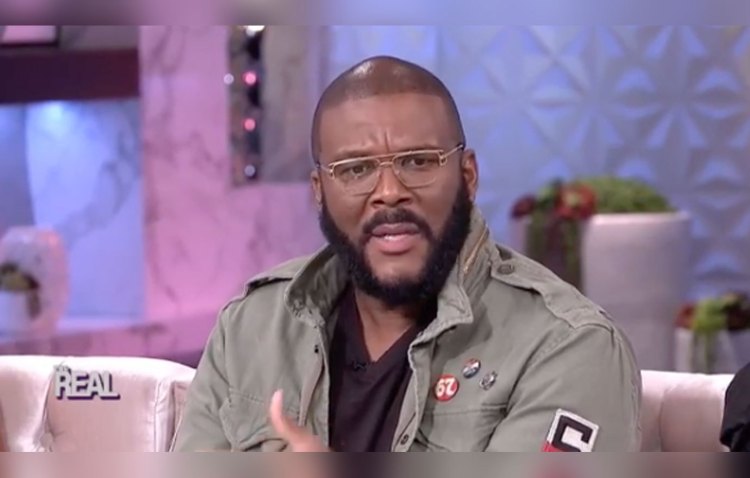 The Madea creator reveals the huge impact the moment had on him. Tyler Perry detailed the painful moment he had to discipline his son, Aman, and the effect it had on...
by Zach Freeman October 16, 2019 397 Views

The Madea creator reveals the huge impact the moment had on him.

Tyler Perry detailed the painful moment he had to discipline his son, Aman, and the effect it had on him during the October 14 episode of The Real. Opens in New WindowThe comedian recalled how the situation went down with cohosts Loni Love, Jeannie Mai, Tamera Mowry and Adrienne Bailon.

“I will tell you this one moment that was really hard for me. I had to discipline [Aman],” the 50-year-old Vice star began.

Tyler admitted that Aman started to cry, which caused the father of one to keep back his own tears. “And he’s just crying and he goes ‘Yes papa, yes.’ But as he’s crying and I’m down on his level. I’m trying to hold my tears,” he added.

Tyler elaborated, “I get up and I leave out of the room and he says ‘Are you okay?'” The Have And Have Nots creator explained the powerful impact the situation had on him.

He revealed that the issue took him back to his own childhood where he felt like no one “talked to him like a person.”

Tyler confessed that he tried to not to cry because the moment reminded him of himself when he was Aman’s age. “No one talked to me like that when I was a five-year-old,” he said. “No one had a conversation with me. No one talked to me like a person. So here I am having an opportunity to heal my ‘little boy self’ by talking to my son like a person.”