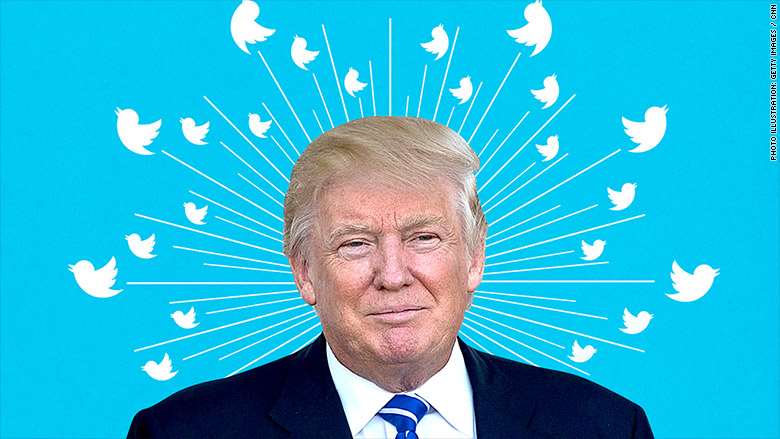 Twitter will continue to take a forgiving approach to objectionable tweets by world leaders, arguing that their messages are often of public interest.The social media platform sought to clarify...
by Zach Freeman October 16, 2019 211 Views

Twitter will continue to take a forgiving approach to objectionable tweets by world leaders, arguing that their messages are often of public interest.The social media platform sought to clarify its rules for politicians Tuesday after coming under pressure from Senator Kamala Harris, a Democratic presidential candidate, to suspend President Donald Trump’s account.”We want to make it clear today that the accounts of world leaders are not above our policies entirely,” Twitter said in a blog post, adding that part of its mission is to allow people to “engage their leaders directly.

“Twitter (TWTR) said it was sticking to a policy first laid out in June.Under those rules, tweets by world leaders that violate the platform’s policies will stay online if they have a “clear public interest value.” In some cases, Twitter will place the tweet behind a note that provides context.It said “direct interactions with fellow public figures, comments on political issues of the day, or foreign policy saber-rattling on economic or military issues are generally not in violation” of the rules.Kamala Harris calls on Twitter CEO to suspend Donald TrumpYet the company has drawn some red lines that apply even to world leaders.

It will take action if tweets promote terrorism, include private information or intimate photos, engage in child sexual exploitation or promote self-harm.Twitter will also act when direct threats of violence are made against an individual. However, it said that “context matters” and that interactions between public figures would likely not qualify.”We recognize that we’re operating in an increasingly complex and polarized political culture,” the blog post said. “These are constantly evolving challenges and we’ll keep our policies and approach under advisement.”

Twitter has come under intense pressure from Democrats to crack down on Trump’s tweets, and calls for action have grown louder in recent weeks after Trump used his account to attack key figures in the impeachment probe underway in the House of Representatives. The company has not yet labeled any of the president’s tweets as violating its policies.Harris has meanwhile sought to make Trump’s Twitter account a campaign issue. The former attorney general of California said in a letter earlier this month to Twitter CEO Jack Dorsey that the president had broken the platform’s rules by using his account to “target” and “harass” the whistleblower at the center of the Ukraine scandal.She returned to the issue during Tuesday’s CNN/New York Times Democratic Presidential Debate, calling for a suspension of Trump’s account and saying it had been used to “openly intimidate and threaten witnesses.”Twitter temporarily suspends ability to tweet via text message after CEO hackedIn her letter to Dorsey, Harris singled out a series of messages Trump posted in late September relating to the whistleblower who sparked the investigation into the White House’s activities in Ukraine.”Like every American, I deserve to meet my accuser, especially when this accuser, the so-called ‘Whistleblower,’ represented a perfect conversation with a foreign leader in a totally inaccurate and fraudulent way,” Trump tweeted on September 29.In a related tweet, Trump suggested the whistleblower was a spy.When Trump used racist language to attack four Democratic congresswomen in July, a Twitter spokesperson told CNN Business the posts did not break the company’s rules despite their prohibition on “targeting individuals with repeated slurs, tropes or other content that intends to dehumanize, degrade or reinforce negative or harmful stereotypes about a protected category.”