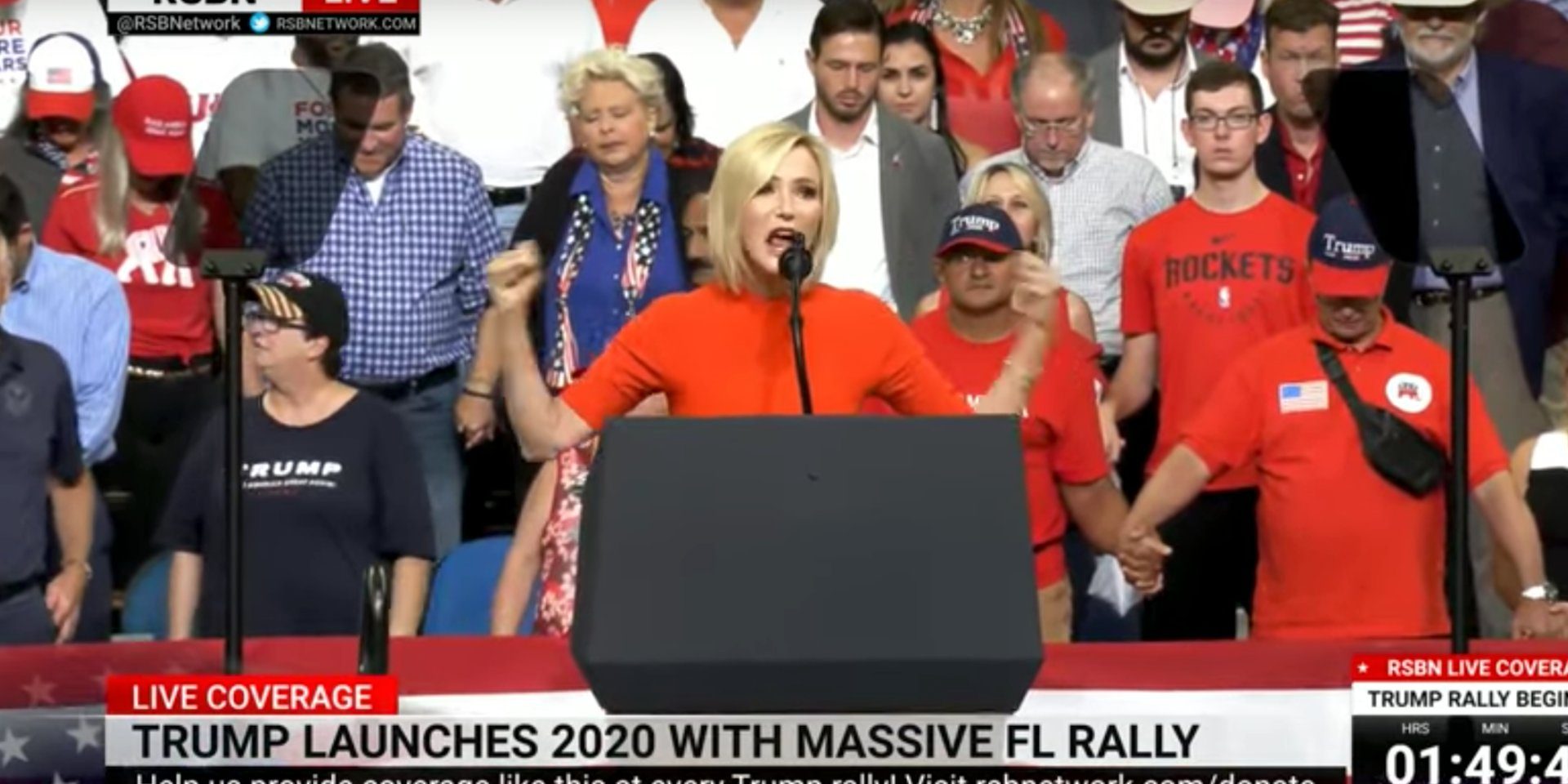 President Donald Trump’s spiritual adviser, Paula White, during an opening prayer at the president’s Florida rally Tuesday night said that “demonic networks” are out to take him down.

“Let every demonic network that has aligned itself against the purpose, against the calling of President Trump, let it be broken, let it be torn down in the name of Jesus,” said White to supporters in the packed Orlando stadium, who joined hands to pray for the president.

“Let the secret council of wickedness be turned to foolishness right now in the name of Jesus.”

White is a televangelist and head of a Florida megachurch. She preaches the prosperity gospel, which holds that material wealth is a sign of God’s favor.

She has known Trump since the early 2000s, and delivered an invocation at his 2017 inauguration. She told the Guardian in Marchthat ministering to Trump was a “direct assignment” from God.

Read more: Trump says thinking about God got him through Mueller probe and ‘witch hunts’

In an interview with the Christian Broadcasting Network in September she defended the president’s controversial child separation policy, comparing the policy to Jesus’ migration through Egypt, and declaring that if Jesus “had broken the law then he would have been sinful and he would not have been our Messiah.”

She was one of a number of prosperity gospel preachers investigated by the Senate in 2007 for violating IRS rules against “excessive compensation” of religious organization leaders.