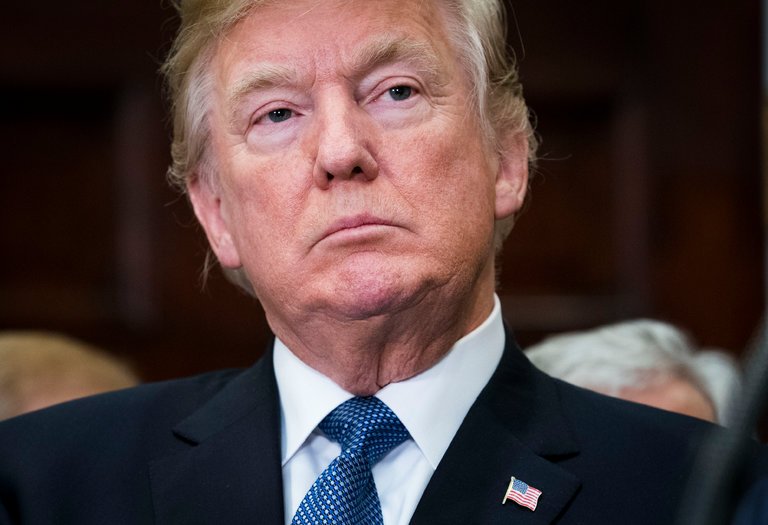 Democrats on a congressional oversight committee are raising new concerns about a fund set up to help past and present Trump aides pay any legal expenses related to investigations...
by Katricia Brown April 2, 2018 310 Views

Democrats on a congressional oversight committee are raising new concerns about a fund set up to help past and present Trump aides pay any legal expenses related to investigations into possible Russian interference in the 2016 election, ABC News has learned. 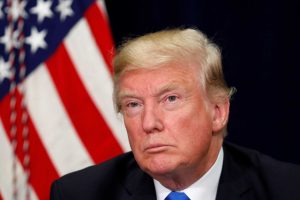 Democrats on the House Oversight and Government Reform Committee sent a letter to the chief ethics agency in the executive branch suggesting that the Patriot Legal Expense Fund may be set up in a way that it could keep the identities of donors secret and could allow the Trump campaign to control who gets disbursements from the fund and to hide the identity of recipients.

“The structure of the fund appears to allow secret donations … and it raises serious concerns about whether it complies with ethics, tax, and elections laws,” said the April 2 letter to David Apol, acting director of the Office of Government Ethics (OGE).

As ABC News has previously reported, the Patriot Legal Expense Fund was set up to help pay legal bills incurred by any individual who “was an employee, consultant, fundraiser or volunteer” for Trump’s campaign in connection to Russia investigations by special counsel Mueller or Congress.

Documents posted on the OGE website say members of the Trump administration and transition team can also benefit from the fund with some exceptions, but that neither President Trump nor anyone in his immediate family can receive help from the fund.

The Patriot Legal Expense Fund got off the ground when the Trump campaign hired law firm Wiley Rein LLP for $10,000 to draft a proposal on how a fund would be established, according to Federal Elections Commission filings. Prior to the establishment of the fund in February, Wiley Rein worked in conjunction with the White House counsel’s office to ensure that any fund created would be able to contribute to the legal defense fees of current White House employees and comply with all legal and ethics concerns, a source said.

The fund was a long time coming for many who are currently incurring hefty legal expenses from the multiple probes into Russian interference in the 2016 election.

“The fund will help many of us that never anticipated being in this situation,” a former campaign official, who faces tens of thousands of dollars in legal bills and who believes they will benefit from the defense fund, told ABC News.

The Trump campaign has no role in the day-to-day management of funding the project, a source with knowledge of the fund told ABC News.

The Democrats’ letter focuses on a draft agreement on the operation of the fund released by the OGE, which the letter says “appears to permit lobbyists and other individuals seeking official action from the Trump administration to donate money to the fund.”

The letter contends that according to former OGE Director Walter Shaub, who resigned in July 2017, the Patriot Legal Expense Fund would operate differently than legal defense funds set up by previous administrations. It would “according to the draft agreement [have] the authority to pay money to an unlimited number of individuals, with limited disclosure requirements.”

Shaub, who was appointed as the ethics agency’s director by President Obama, slammed the proposed agreement for the legal defense fund for Trump aides in a February Los Angeles Times referenced in the Democrats’ letter.

The latest version of the draft is dated January 29, 2018 and is posted on the OGE’s website. The fund was officially active about one month later, on February 27. It’s not clear whether the draft agreement was revised again during this month period. The Democrats letter is based off the fund’s January draft.

Congressional Democrats in their letter to Apol said the agreement for the fund doesn’t acknowledge an IRS requirement for political organizations to disclose certain expenditures of $500 or more and that it includes no requirement that the fund “publicly disclose which White House staff, campaign officials or transition workers receive payments of the fund.”

The letter notes that federal employees are prohibited from accepting a gift that may create the appearance that the donor is seeking to influence an official action, and it claims that the draft agreement would allow the legal defense fund to accept money from such “prohibited sources” and direct that money to beneficiaries outside government.

“This is a shell game,” the letter states, quoting Shaub’s op-ed in the Los Angeles Times. “For legal purposes, any bad money taints the whole fund because money is fungible.”

Among other concerns cited in the letter is that the fund could potentially be used to influence witnesses in the Russia investigations.

While the draft agreement would forbid the fund’s manager from speaking with people who might receive money from the fund, the manager would be allowed to talk to people affiliated with the Trump campaign “even though the campaign is an eligible recipient,” the letter states.

“This loophole would allow the campaign to influence which individuals receive disbursements from the fund,” the letter says. “The agreement does not address the potential for pressure to be placed on potential recipients before they testify.”

Questions similar to those raised in the April 2 letter already led to a previous review by the OGE of the draft agreement for the fund in which Acting Director Apol wrote that the ethics office does “not approve or disapprove of specific legal defense funds.”

“If the fund is established and administered in accordance with the terms set out in the attached agreement, both the managers and the employee recipients will be in compliance” with the necessary statutes, he wrote.

How the fund is used, and who gains access, could become important as various targets of the Russia investigations decide whether or not to avail themselves of the money, legal experts told ABC News.

The congressional letter requests that documents be provided to the House Oversight and Government Reform Committee by April 12, detailing all communications between the fund, the White House, Office of Government Ethics, the Trump campaign, the Federal Election Commission and Wiley Rein LLC, along with any ethical concerns that may have been raised in those communications.

While it’s unclear who are the recipients of the fund, a source close to former National Security Advisor Lt. Gen. Michael Flynn told ABC News in January he would not accept support from it.

This is not the first time a legal defense fund has been established to aid members of a previous presidential administration of campaign in paying legal bills.

Toward the end of the Bill Clinton administration, the Clinton Legal Expense Trust was established to aid Bill and Hillary Clinton pay legal bills related to the Whitewater Investigation, the Paula Jones sexual harassment lawsuit and Congress’ impeachment inquiry and trial.