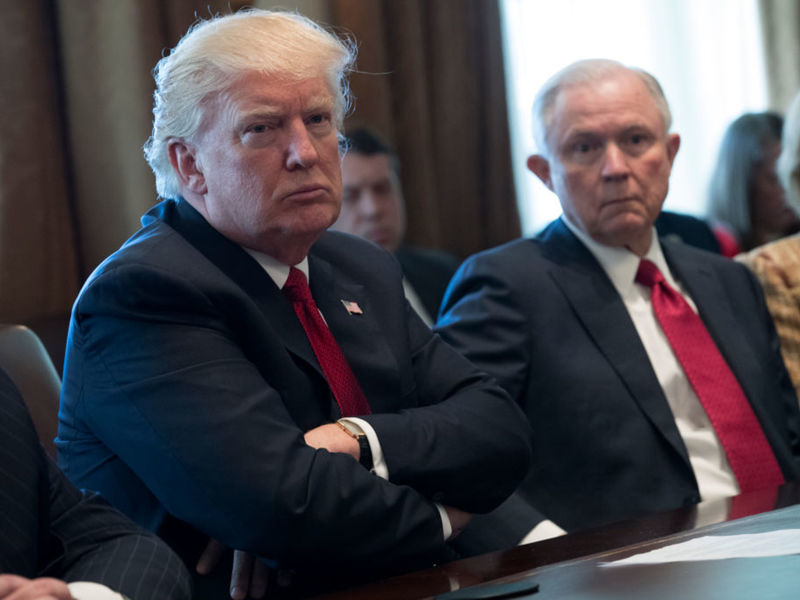 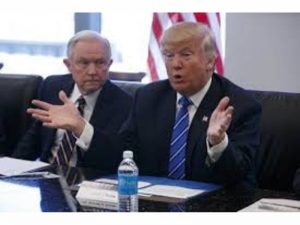 “This is a terrible situation and Attorney General Jeff Sessions should stop this Rigged Witch Hunt right now, before it continues to stain our country any further,” Trump wrote on Twitter Wednesday. “Bob Mueller is totally conflicted, and his 17 Angry Democrats that are doing his dirty work are a disgrace to USA!”

Trump has long expressed his frustration with Sessions, who recused himself from the Mueller investigation, and has said he would have picked someone else as his attorney general if he had known Sessions intended to do so.

Sessions removed himself from the probe after it was revealed that he met with a Russian ambassador during the campaign and did not reveal the meetings at his Senate confirmation hearing.

For Sessions to fire Mueller, as Trump suggested, he’d have to violate his recusal or try to force Rosenstein, who appointed the special counsel, to ax him.

Mueller is examining Trump’s tweets and communications with Sessions and former FBI Director James Comey to determine whether the president pressured them to end the Mueller investigation, actions that could be considered obstruction of justice, the New York Times reported Sunday.

Manafort is on trial in federal court in Alexandria, Va., facing bank and tax fraud charges that allege he funneled millions of dollars into the US from Ukraine when he worked for a Kremlin-connected politician in the early 2000s.

In another tweet, Trump tried to distance himself from Manafort, a longtime political operative who worked for the Trump campaign for five months in 2016.

“Paul Manafort worked for Ronald Reagan, Bob Dole and many other highly prominent and respected political leaders. He worked for me for a very short time. Why didn’t government tell me that he was under investigation. These old charges have nothing to do with Collusion – a Hoax!,” Trump wrote.

Sessions spoke out in defense of Rosenstein last week after a group of Republican House members threatened to impeach him.

“My deputy Rod Rosenstein is highly capable. I have the highest confidence in him,” Sessions said.

He went on to chastise the Republicans, Trump allies, by saying they should focus on other more important matters like immigration.

“What I would like Congress to do is to focus on some of the legal challenges that are out there,” the former senator from Alabama said.

Kim Kardashian and Tyson Beckford goes at it on social media !