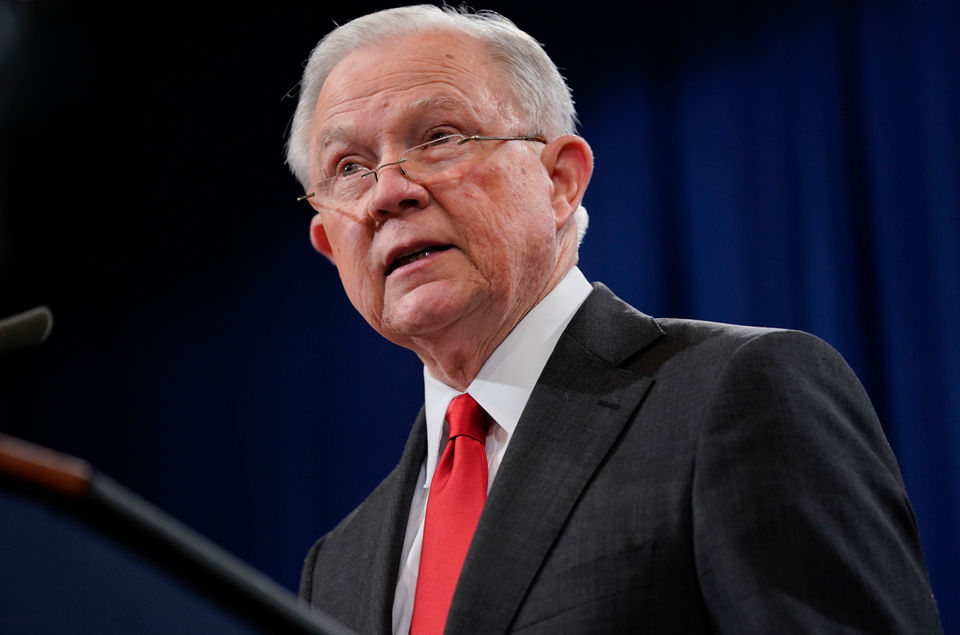 Embattled Attorney General Jeff Sessions resigned at the “request” of President Donald Trump on Wednesday after more than a year of public criticism from the president. Sessions’s chief of...
by Raquel Jayson November 7, 2018 368 Views

Embattled Attorney General Jeff Sessions resigned at the “request” of President Donald Trump on Wednesday after more than a year of public criticism from the president.

Whitaker also will assume oversight of the ongoing investigation by special counsel Robert Mueller into Russian interference in the 2016 presidential election, and possible collusion by Trump’s campaign in that meddling, according to the Justice Department.

Whitaker, who has publicly criticized the Mueller investigation, by law can serve as acting AG for a maximum of 210 days.

Whitaker will have the power to fire Mueller “for cause” as outlined under rules governing the special counsel’s office, if such cause is found.

Deputy Attorney General Rod Rosenstein up till now has had oversight over the Mueller probe, as a result of Sessions’ move to recuse himself from the investigation in 2017.

Sessions, 71, had been repeatedly blasted by Trump for his recusal.

We are pleased to announce that Matthew G. Whitaker, Chief of Staff to Attorney General Jeff Sessions at the Department of Justice, will become our new Acting Attorney General of the United States. He will serve our Country well….

Trump has said that moment opened the door to special counsel Mueller’s probe, which the president has repeatedly called a “witch hunt.”

Sessions’ resignation was expected to happen sometime after Tuesday’s midterm elections, particuarly given the drumbeat of the president’s repeated criticism of the attorney general.

Bob Woodward’s recently published book about the Trump administration, “Fear,” says that Trump had called Sessions “mentally retarded” and a “dumb southerner.” Trump has publicly claimed, “I said neither” about Sessions.

“I don’t have an attorney general,” Trump told The Hill in an interview with that news site in September.

But the abruptness of the move, less than 24 hours after the close of the polls Tuesday, stunned Trump’s closet allies both inside and outside of the White House.

“I didn’t know this was coming, especially so soon after the midterms,” one source said on the condition of anonymity.

John Legend, Rosie O’Donnell, Sarah Silverman, Meghan McCain and more are furious with POTUS after he attacked a CNN reporter