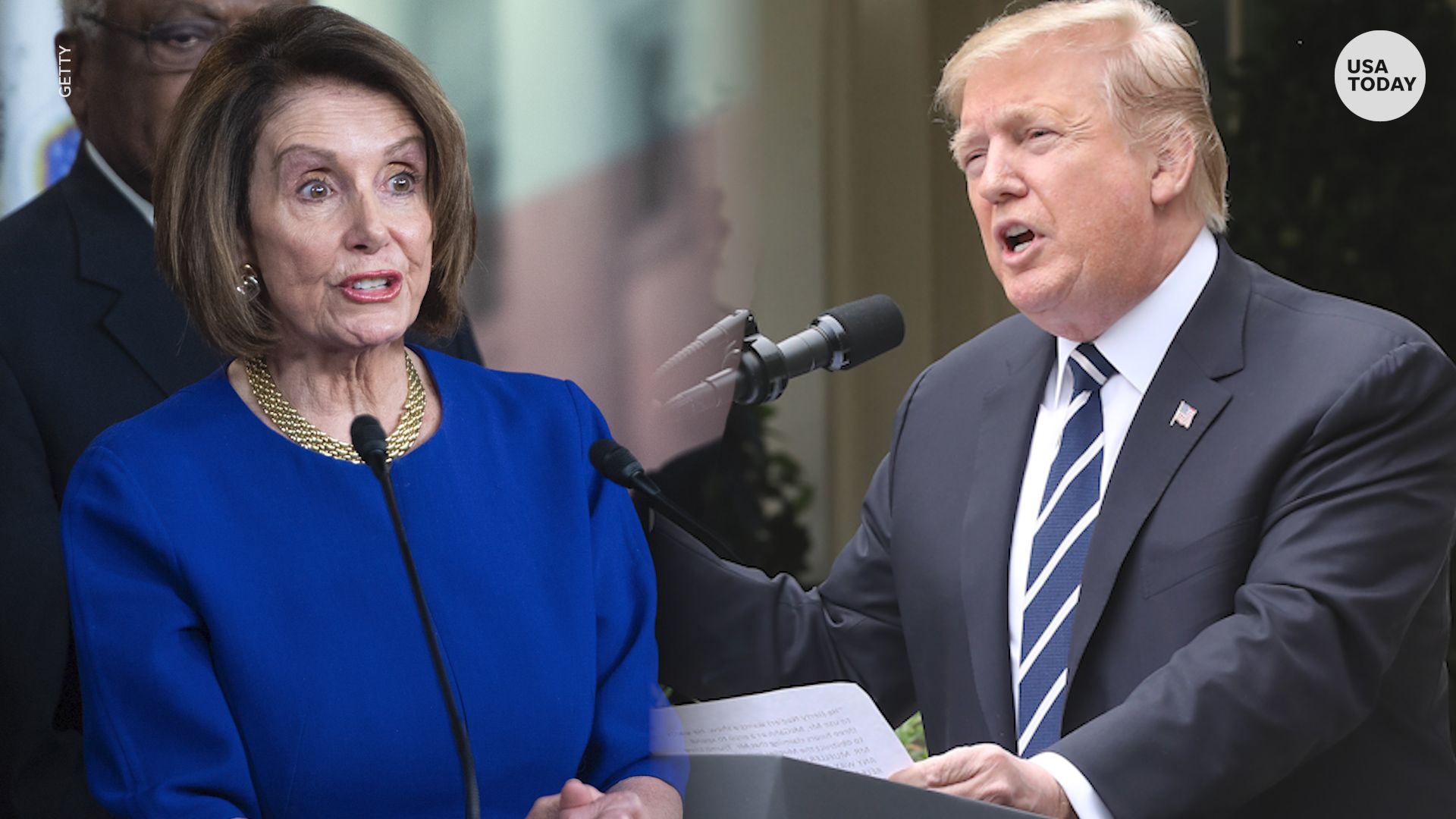 President Trump ripped into “Crazy Nancy” Pelosi on Thursday after the House speaker called for the president’s family to stage an intervention. “I have been watching her for a...
by Joy Smith May 23, 2019 371 Views

President Trump ripped into “Crazy Nancy” Pelosi on Thursday after the House speaker called for the president’s family to stage an intervention.

“I have been watching her for a long period of time. She’s not the same person. She’s lost it,” the president told reporters during a White House event announcing a $16 billion aid package for farmers caught up in the trade war with China. “She’s a mess. Let’s face it. She doesn’t understand​ ​​it. They sort of feel she’s disintegrating before their eyes,” Trump said of Pelosi. “Pelosi does not understand the bill​ .​..​ ​so she’s got to get up to snuff and learn.”​

​The president also vehemently denied accounts that he stormed out of a White House meeting on Wednesday with Pelosi and Senate Minority Leader Chuck Schumer on infrastructure, referring to the leaders as “Crying Chuck” and “Crazy Nancy.”

​”I walked out, I was so calm. You all saw me minutes later​,” he told reporters in the room, referring to the news conference he gave in the Rose Garden moments later. ​

He said whenever there aren’t cameras in a room where he’s meeting with Democrats, they emerge and say he “was yelling and screaming.”

​Trump then asked members of his administration – including aide Kellyanne Conway, press secretary Sarah Huckabee Sanders and economic adviser​ Larry Kudlow – to attest to his mood.

They all said he was calm and collected.

“I wish that his family or his administration or his staff would have an intervention for the good of the country,” she said.

I was extremely calm yesterday with my meeting with Pelosi and Schumer, knowing that they would say I was raging, which they always do, along with their partner, the Fake News Media. Well, so many stories about the meeting use the Rage narrative anyway – Fake & Corrupt Press!