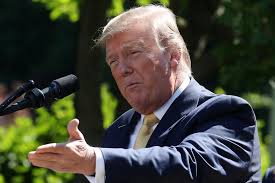 Trump refuses to apologize to ‘The Central Park Five’ says , “They admitted their guilt”!

U.S. President Donald Trump on Tuesday stood by claims he made about five men who were wrongly convicted for the brutal rape of a female jogger in New York...
by Joy Smith June 18, 2019 416 Views

U.S. President Donald Trump on Tuesday stood by claims he made about five men who were wrongly convicted for the brutal rape of a female jogger in New York City’s Central Park 30 years ago.

Dubbed the “Central Park Five,” the men have faced renewed attention after becoming the subjects of a Netflix miniseries about them. 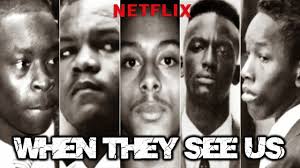 The attack made national headlines in 1989 as a sign that crime in the city had spiralled out of control. The victim in the case, a 28-year-old investment banker, nearly died from the incident and was left with no memory of it.

Amid the intense media attention, Trump, then a real estate developer in New York, spoke out about the case and took out a full-page ad in several of the city’s newspapers calling for the reinstatement of the death penalty.

Asked by a reporter outside the White House whether he would apologise to the five men, Trump said: “Why do you bring this question up now? It’s an interesting time to bring it up.”

The case raised questions about race as a factor in the criminal justice system. All five of the men – Antron McCray, Kevin Richardson, Raymond Santana, Korey Wise and Yusef Salaam – were black or Hispanic, while the victim was white.

#PressPlay: #AprilRyan asked #Donnie if he would apologize to the #CentralPark5 & this was his response 👀 (If you’re unfamiliar with the case, #DonaldTrump took out two ads in New York newspapers during that time & advocated for the boys to receive the death penalty) 🎥: @foxnews

The men were all between the ages of 14 and 16 at the time of the attack. They were imprisoned for between five and 13 years.

Though they all confessed after long police interrogations, they each later recanted their statements, saying they had been exhausted and coerced by police officers.

Their convictions were overturned in 2002, after another man confessed to the crime and DNA tests confirmed his guilt.

Two college wrestlers who were arrested on suspicion of criminal sexual conduct were released w/o charges!

Feds seize over $1 billion of cocaine in historic bust in Philadelphia!