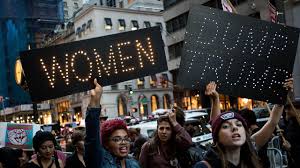 New York City Mayor Bill de Blasio staged a chaotic press event Monday in the lobby of Trump Tower in which he said he will announce this week whether...
by Joy Smith May 13, 2019 231 Views

New York City Mayor Bill de Blasio staged a chaotic press event Monday in the lobby of Trump Tower in which he said he will announce this week whether he’s running for president. 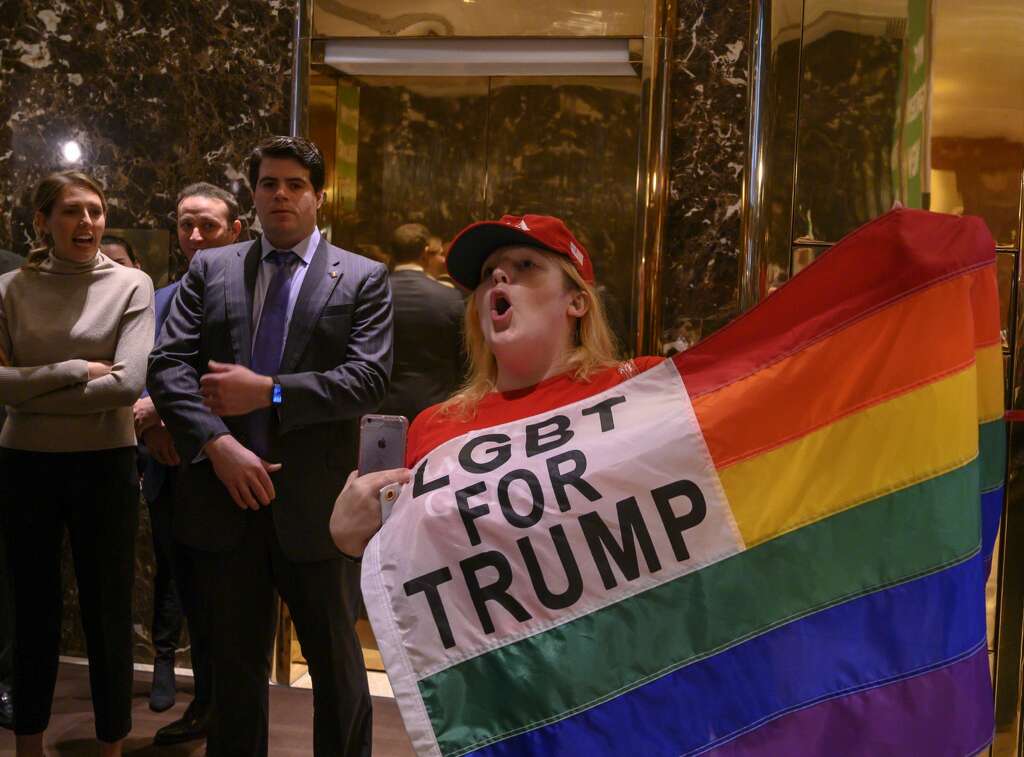 Speaking at a podium steps from the spot where President Donald Trump announced his own presidential run in 2015, the Democrat said he had come to Trump Tower to promote a new city air pollution law requiring skyscraper owners to cut greenhouse gas emissions or face fines.

De Blasio said Trump’s buildings in the city could face a combined $2.1 million in annual fines if they don’t reduce emissions by 2030.

“President Trump, you’re on notice. Your polluting buildings are part of the problem,” he said. 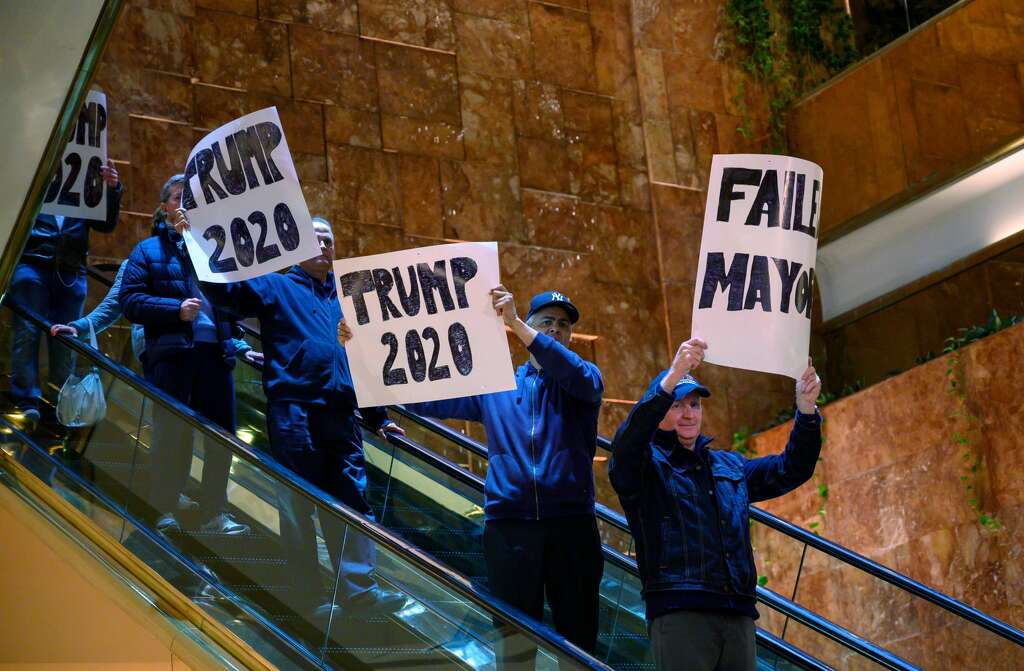 But de Blasio’s speech was all-but drowned out by a throng of Trump supporters who demonstrated behind him on the building’s escalators, booing, whistling, chanting and holding up signs with messages including “Failed mayor” and “Worst mayor ever.”

Loud music played over the building’s sound system for part of the event. De Blasio had to shout to be heard.

“It’s so nice of them to serenade us at Trump Tower. Clearly, they are uncomfortable with the truth,” he said.

Under a deal Trump struck with the city decades ago, the skyscraper’s lobby is considered a public space for much of each day.

Responding to a reporter’s question, De Blasio — still straining to be heard — said he was discussing a possible presidential run with his family. 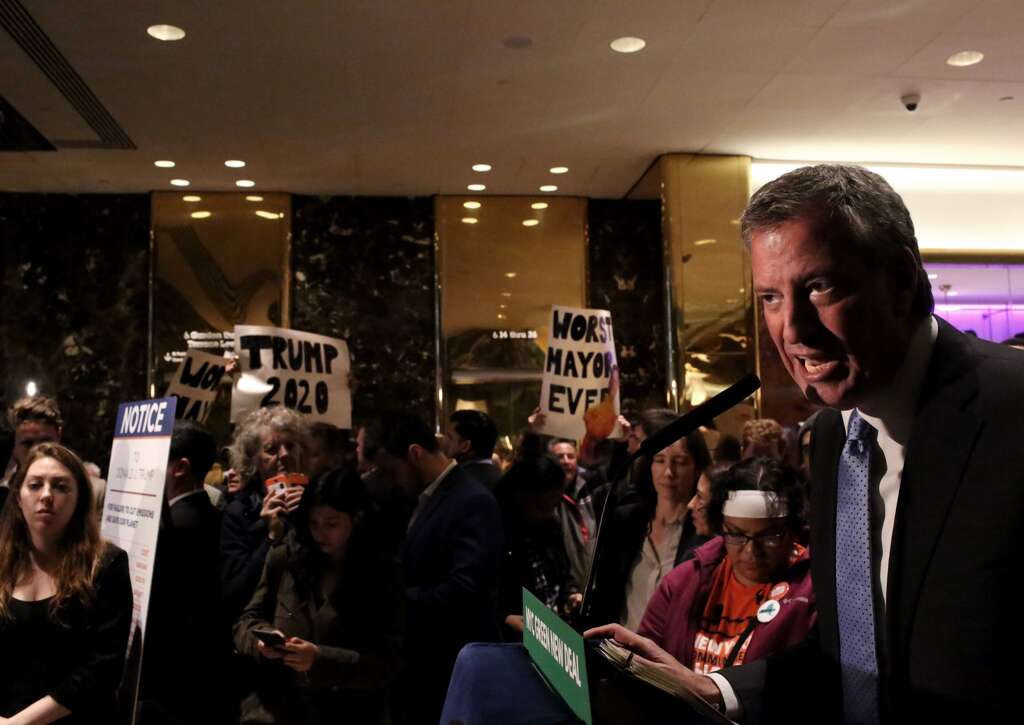 “We will make a final decision this week and we will announce it this week,” he said.

De Blasio, who is in his second term as mayor, has openly discussed his desire to run for several months and has made exploratory trips to several early primary states.

De Blasio said he initially intended to hold Monday’s news conference outside Trump Tower but moved it indoors because of the weather. As for the hostile reaction inside the tower, he said he wasn’t concerned.

“One of the things you have to be when you’re mayor is unflappable,” he said. “You can’t let anything bother you because you have to make tough decisions all the time. So, as I say, this is music to my ears.” 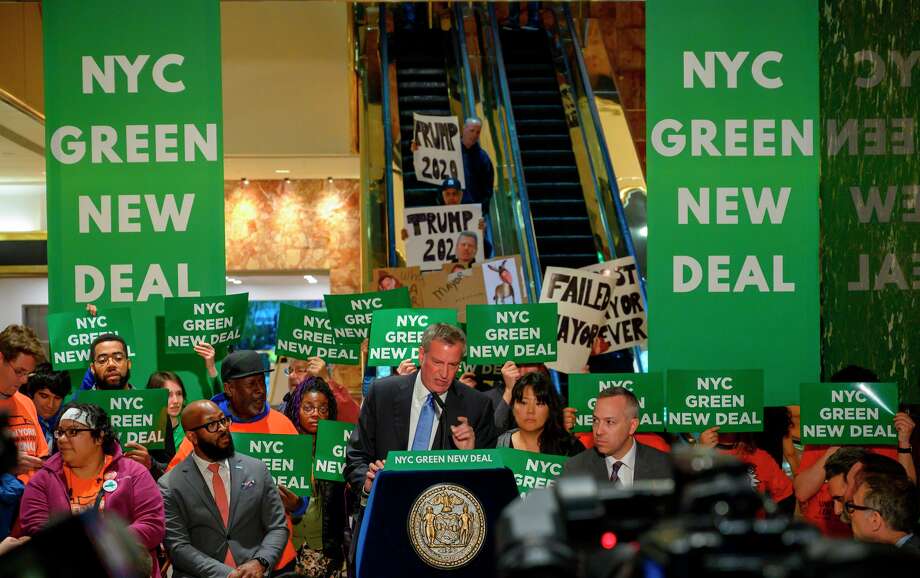