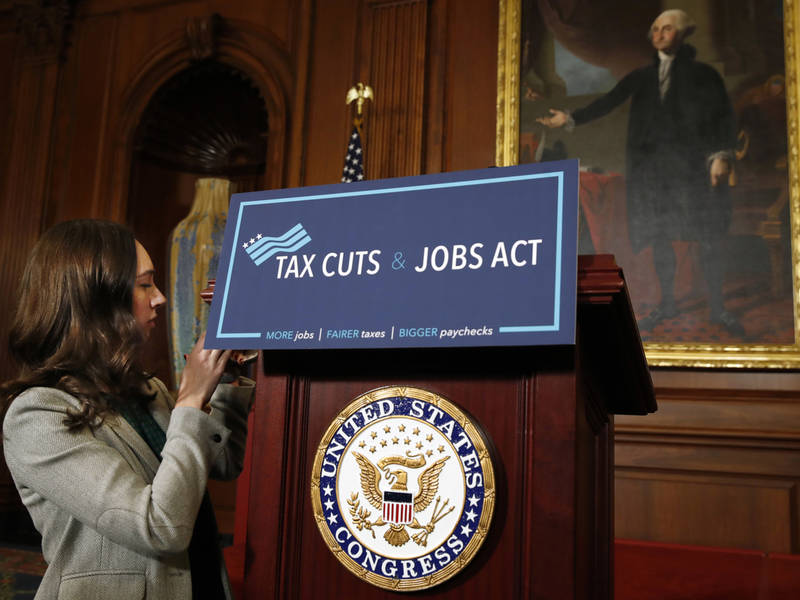 President Trump on Tuesday predicted the already-humming U.S. economy is about to get a big boost, as the final version of the $1.5 trillion Republican tax bill heads to...
by Zach Freeman December 19, 2017 450 Views 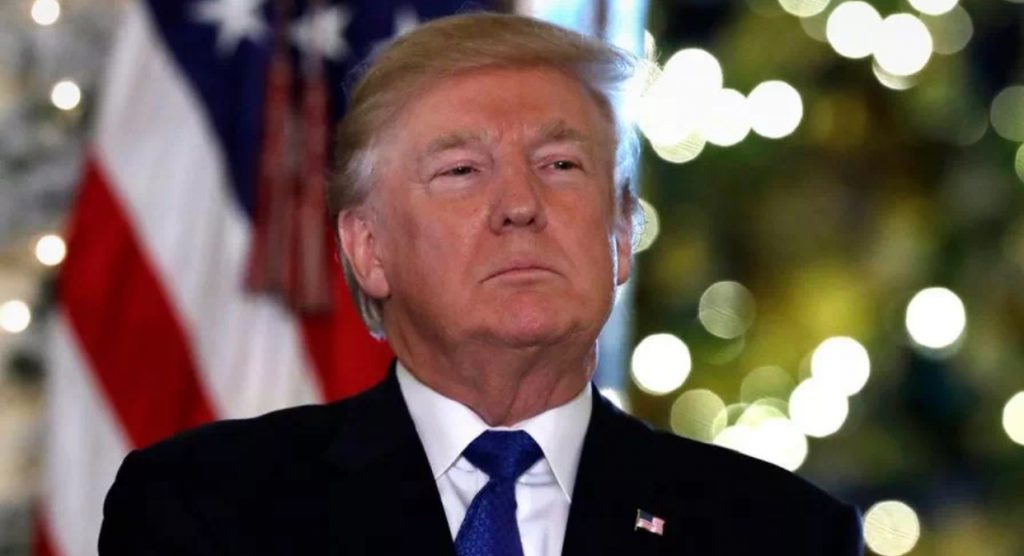 President Trump on Tuesday predicted the already-humming U.S. economy is about to get a big boost, as the final version of the $1.5 trillion Republican tax bill heads to the floors of the House and the Senate.

“Stocks and the economy have a long way to go after the Tax Cut Bill is totally understood and appreciated in scope and size,” Trump tweeted. “Immediate expensing will have a big impact. Biggest Tax Cuts and Reform EVER passed. Enjoy, and create many beautiful JOBS!”

“Stocks and the economy have a long way to go after the Tax Cut Bill is totally understood and appreciated in scope and size. Immediate expensing will have a big impact. Biggest Tax Cuts and Reform EVER passed. Enjoy, and create many beautiful JOBS!”
– @Donald J. Trump (@realDonaldTrump) 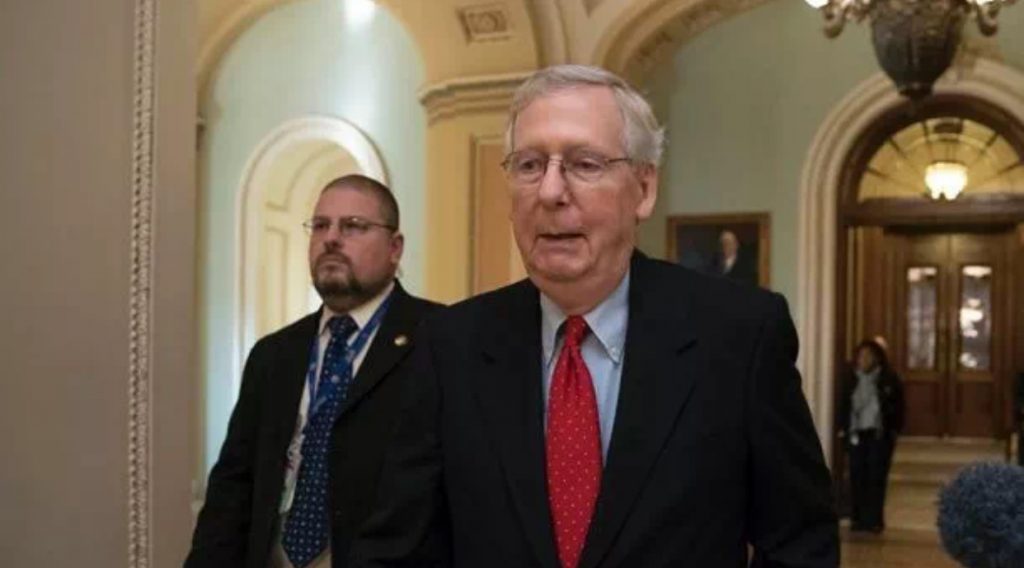 The bill, which Trump hopes to have on his desk in a matter of hours in order to deliver a “giant tax cut for Christmas,” could pass Tuesday. It would mark the first major legislative win of Trump’s presidency.

“It’s a huge deal, but not just for the White House. It’s a huge deal for America,” White House Press Secretary Sarah Sanders said on “Fox & Friends” Tuesday morning, claiming middle-class Americans are “going to see the benefit out of this tax package.”

“The fact that we have been pushing this tax cut package, this tax reform package – you’re really seeing that reflecting in our economy – our booming economy. Optimism is up,” Sanders said.

As of Monday, Senate Republicans had garnered just enough support for the bill to pass – flipping both Sens. Susan Collins, R-Maine, and Mike Lee, R-Utah, to ‘yes’ votes.

“The first major overhaul of our tax code since 1986, this legislation will provide tax relief to working families, encourage the creation of jobs right here in America and spur economic growth that will benefit all Americans,” Collins said on the Senate floor Monday. 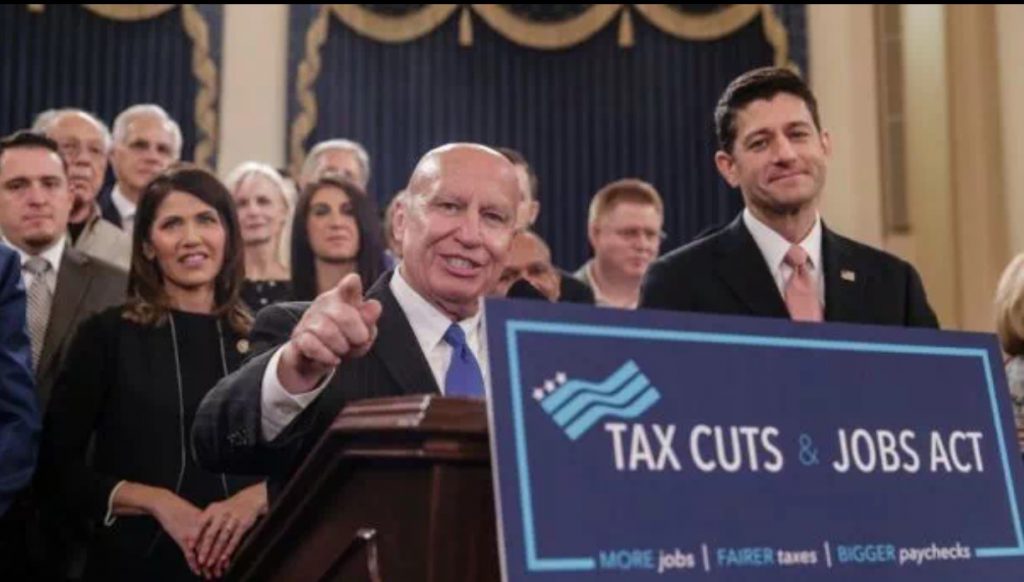 Only one member of the Senate GOP is not yet on board – Sen. Jeff Flake of Arizona, who said he was still “looking at the bill, still reading the bill, still working on some other issues.”

Sen. John McCain, R-Ariz., will not be present for Tuesday’s vote, as he has returned to his home state for rehabilitation as he battles brain cancer.

Republicans will have to garner a simple majority of the 99 senators present for the vote.

On the House side, Republicans can only lose 22 votes to still approve the bill.
This week, a dozen Republican lawmakers switched from ‘no’ to ‘yes’ votes – primarily from high-tax states like New York, New Jersey and California. Twelve of them voted against the House tax bill last month, which passed 227-205, due to the $10,000 cap on the state and local property taxes. That cap, which is important to taxpayers in high-tax states, remains in the final bill.
Rep. Peter King, R-N.Y., said he would vote ‘no’ on the final bill, saying his constituents were unsatisfied.

Democrats in both chambers, however, have a laundry list of criticisms over the bill, after the caucus was excluded from closed-door drafting sessions. Democrats continue to slam the legislation as such that favors big corporations and wealthy Americans, and hurting middle class Americans.

Sanders noted that “more money for Americans in their pockets” should not be something Democrats “need to be begged to be a part of.”

The final bill is a combination of elements from both the House and Senate bills that were recently passed. The bill cuts the corporate tax rate from 35 percent to 21 percent. The bill doubles the standard deduction used by about two-thirds of U.S. households, to $24,000 for married couples, which would sunset in eight years, along with tax cuts for individuals – both would expire in 2026.

The legislation also repeals a paramount part of ObamaCare, removing the requirement that all Americans have to have health insurance, or face a penalty.

The bill, though, would bring average initial tax cuts for Americans across all income lines, but by 2027, it would boost average levies for everyone earning up to $75,000. Nonpartisan congressional tax analysts, The Jointed Committee on Taxation, calculated that in 2019, people earning $20,000 to $50,000 would see tax cuts averaging 10 percent or more. Those making $200,000 to $1 million would see reductions averaging slightly less.

But by 2023, people making under $30,000 would see tax increases, while those earning more would see their tax cuts get smaller.

“People are excited about a stronger economy and bigger paychecks,” Brady said.

The bill will hit the House floor first on Tuesday, with a vote expected Tuesday afternoon. The Senate will likely vote on the bill late Tuesday, into early Wednesday.

Fox News’ Chad Pergram and Barnini Chakraborty and The Associated Press contributed to this report.

Jack in the Box sells struggling Qdoba for $305 million