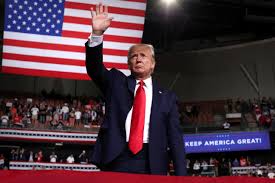 Speaking to reporters at the White House, Trump referred to Democratic U.S. Representatives Ilhan Omar and Rashida Tlaib who, who, under pressure from Trump, were denied entry to Israel last week.

“Where has the Democratic Party gone? Where have they gone where they’re defending these two people over the state of Israel? And I think any Jewish people that vote for a Democrat, I think it shows either a total lack of knowledge or great disloyalty,” Trump said, without specifying what or who they were being disloyal to.

Allegations that American Jews have divided loyalties – to Israel as well as the United States – are seen as an anti-Semitic trope. Omar apologized after making such an allegation earlier this year.

Trump has for weeks been attacking Tlaib and Omar, accusing them of hostility to Israel and anti-Semitism.

Trump reprised his attacks on Wednesday, accusing Tlaib on Twitter of wanting to cut off aid to Israel. He also tweeted a quote from a conservative columnist who likened Trump to the “king of Israel” and said Israelis “love him like he is the second coming of God.”

“My message to Trump: I am a proud Jewish person and I have no concerns about voting Democratic,” Senator Bernie Sanders, a leading candidate in the 2020 Democratic presidential race and an independent, said in a Twitter post late on Tuesday.

Trump is popular in Israel. He delighted many Israelis – while appalling other world powers – by recognizing Jerusalem as their capital, moving the U.S. Embassy there, withdrawing from the 2015 Iran nuclear deal and recognizing Israeli sovereignty over the occupied Golan Heights.

“The Jewish people don’t need to prove their loyalty to you, @realDonaldTrump – or to anyone else,” said Democratic candidate Beto O’Rourke, a former U.S. congressman from Texas who has called Trump a racist over his immigration rhetoric. 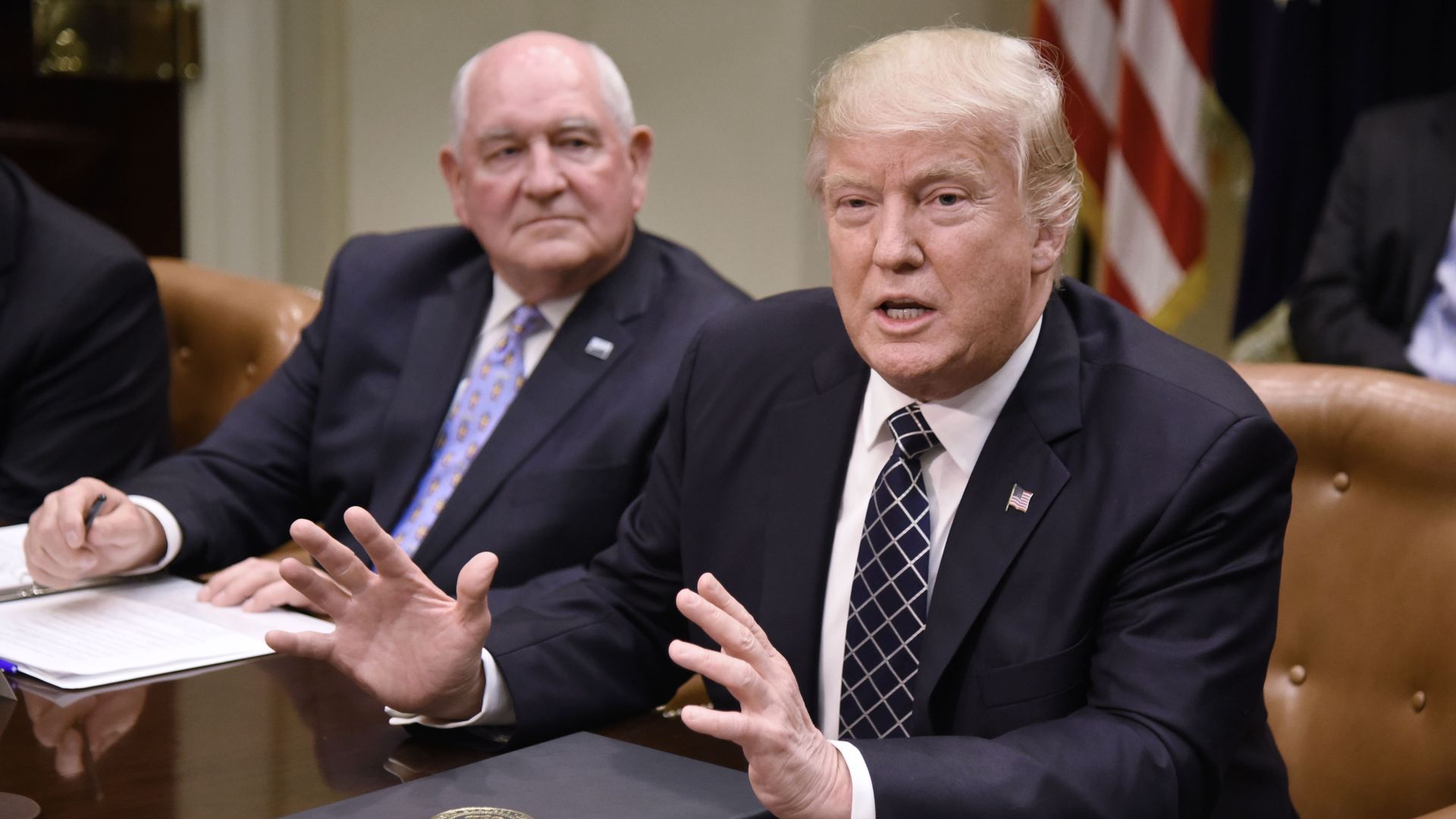 “It is dangerous and shameful for President Trump to attack the large majority of the American Jewish community as unintelligent and ‘disloyal,’” J Street, a liberal Jewish-American lobbying group, said on Tuesday.

“American Jews – like all Americans – have a range of political views and policy priorities. His assessment of their knowledge or ‘loyalty,’ based on their party preference, is inappropriate, unwelcome, and downright dangerous,” said committee Chief Executive David Harris. 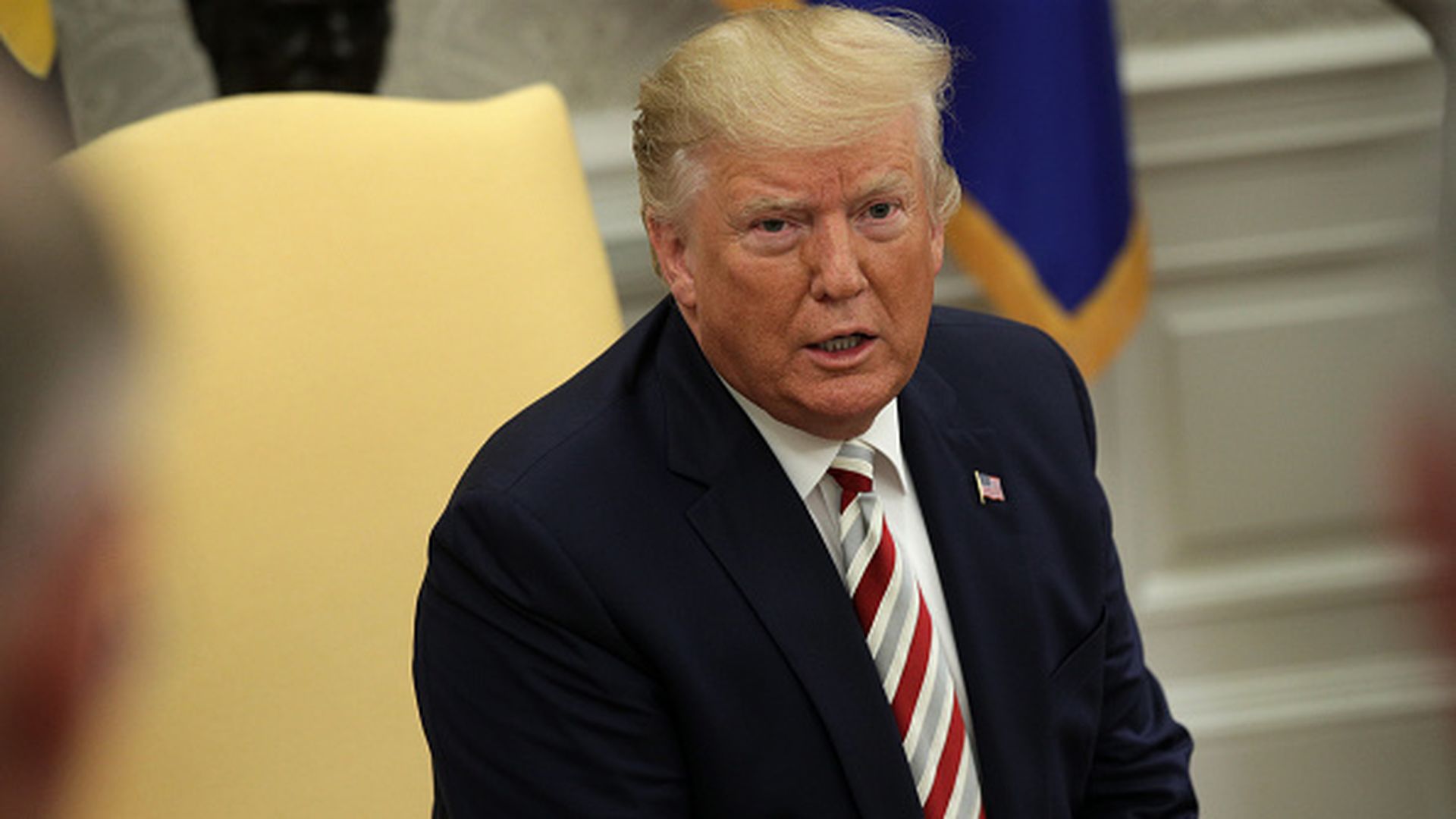 The Republican Jewish Committee, however, sided with Trump.

“President Trump is right, it shows a great deal of disloyalty to oneself to defend a party that protects/emboldens people that hate you for your religion,” the group said.

Trump has for weeks been attacking Tlaib and Omar, along with first-term lawmakers Alexandria Ocasio-Cortez and Ayanna Pressley – all progressive women of color. Among other things, he has accused them of hostility to Israel.

Most Democrats disagree with Tlaib and Omar’s views on Israel, but Trump’s repeated attacks have rallied support for the two within their party.

The office of Prime Minister Benjamin Netanyahu, which has particularly close ties with the Trump administration, declined to comment on his remarks.