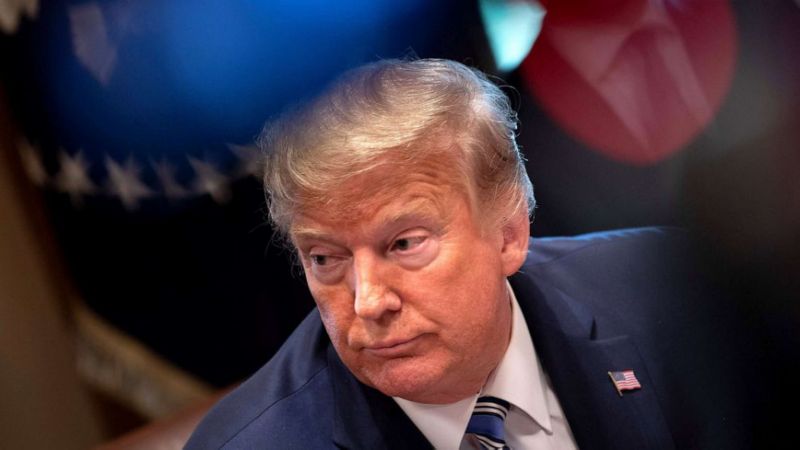 President Donald Trump announced a travel ban from Europe to the United States in an effort to protect the health and well-being of Americans amid the novel coronavirus outbreak. “To keep new cases from entering...
by Raquel Jayson March 11, 2020 337 Views

President Donald Trump announced a travel ban from Europe to the United States in an effort to protect the health and well-being of Americans amid the novel coronavirus outbreak.

“To keep new cases from entering our shores, we will be suspending all travel from Europe to the United States for the next 30 days,” Trump said in a prime-time address to the nation on Wednesday.

The president spoke from the Oval Office at 9 p.m. and said in advance that he would address both the health-related and economic aspects of the administration’s response the growing health crisis.

The plans for a formal presidential address came as the nationwide count of people infected with the virus climbs each day and top health officials warn that the outbreak is going to get worse before it gets better.

The president has been weighing a variety of economic stimulus measures to help blunt the economic side effects of the virus, pitching Congress on the idea of a payroll tax holiday through the end of the year, paid sick leave for impacted workers and support for the hardest-hit industries, such as airlines and cruise lines.

The president has repeatedly sought to quell growing public anxiety about the virus with assurances that the administration has the virus under control, but his optimistic tone that has at times contradicted the reality projected by top health officials — including comparisons of the virus to the common flu — has also raised questions about the president’s handle on the situation.

“We will have to do something with respect to getting rid of this virus as quickly as possible and as safely as possible. Our number one priority is the health of the people of our country,” the president said earlier on Wednesday.

Tom Hanks And His Wife Have Test Positive For #Coronavirus