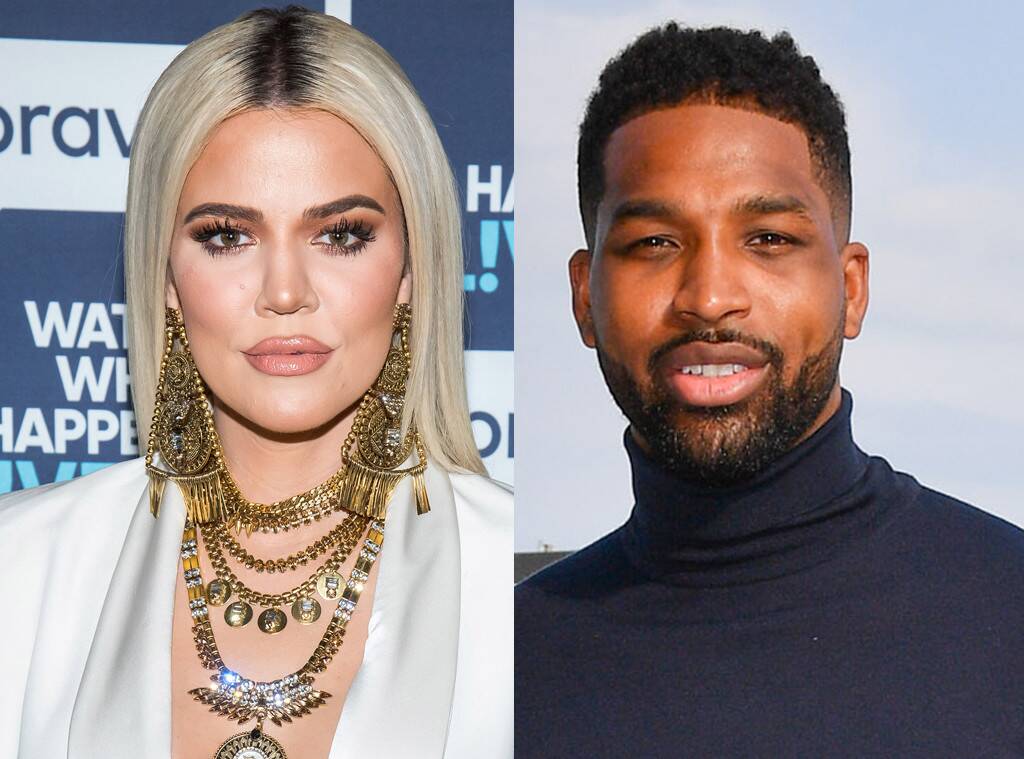 Tristan Thompson is a fan of ex Khloé Kardashian‘s new look. The Keeping Up With the Kardashians star recently took it back to 1992 and recreated an iconic look from late icon Anna Nicole...
by Raquel Jayson September 22, 2019 627 Views

The Keeping Up With the Kardashians star recently took it back to 1992 and recreated an iconic look from late icon Anna Nicole Smith‘s Guess ads.

In her photos, Kardashian, 35, wears a denim bustier in the photos and side-swept her touseled, shoulder-length blonde curls.

“❥ Channeling Anna Nicole Smith from her Guess campaign ❥,” she captioned the series of photos.

Friends and fans were quick to comment on her sizzling get-up. Her mother Kris Jenner wrote, “You are so beautiful inside and out 🙏💕🙏💕,” while sister Kylie Jenner commented, ” Perfection 🔥♥️.”

Sister Kim Kardashian West wrote: “Twins!! Omg she’s my fave and so are you!!”

Thompson, 28, seemed to agree with Kylie, and also commented “Perfection” with a heart-eye emoji, as reported by E! News. (The comment has since been deleted.)

When you put your money in the bank it doesn’t sit there. It goes out in the world to finance things, some of which you may not support. Learn about what Bank of the West does and doesn’t finance.From Bank of the West

A source told PEOPLE earlier this month that the NBA player is making an effort to be in a “good place” with Kardashian, for the sake of co-parenting their 17-month-old daughter, True.

“Tristan wants to be a good, present dad to True,” the source told PEOPLE. “He’s committed to raising her in a loving environment and also wants to be in a good place with Khloé.”

Kardashian and Thompson officially split earlier this year after a rocky relationship. In April 2018, Thompson first allegedly cheated on Kardashian just days before she gave birth to their daughter.

Though they reconciled, their relationship never fully recovered — and it’s been over for good since he kissed Kardashian’s longtime family friend, 21-year-old Jordyn Woods, in February.

According to the source, Kardashian and Thompson have made sure to put their past behind them and move forward for their daughter.

“After everything they’ve been through, things have finally gotten to a calmer place,” the source said, and adding that “neither would completely rule out a reconciliation down the line.”

However, a second source indicated Kardashian would never take Thompson back after being betrayed twice.

Louisiana Man Drowns After Proposing to Girlfriend Underwater: ‘You Never Got to Hear My Answer’