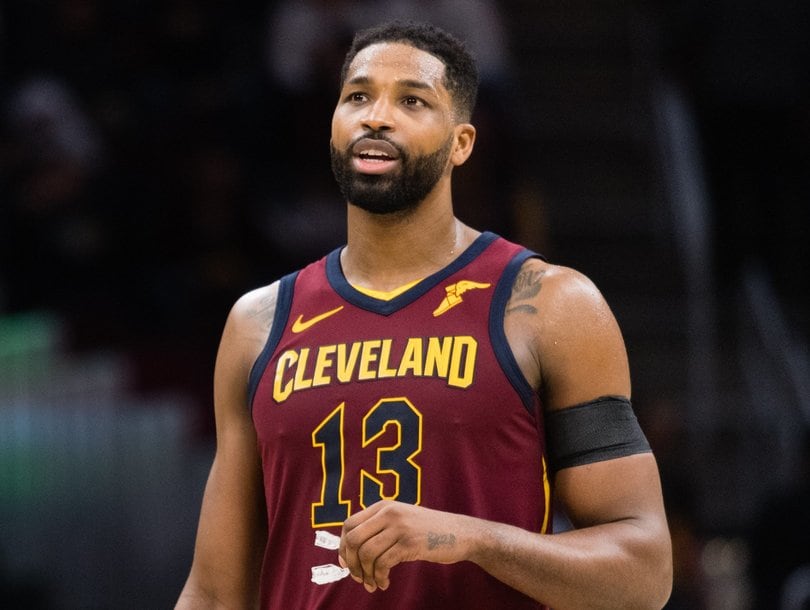 Amid reports that he and Khloe Kardashian are on the rocks, Tristan Thompson hit the court for the Cavs’ first home game of the new NBA season — and...
by Joy Smith October 21, 2018 383 Views

Amid reports that he and Khloe Kardashian are on the rocks, Tristan Thompson hit the court for the Cavs’ first home game of the new NBA season — and he didn’t seem distracted at all!

When your love life is going through a rough patch, at least there’s basketball. After reports claimed his relationship with Khloe Kardashian, 34, is more “unstable” than ever, Tristan Thompson, 27, joined the LeBron James-less Cleveland Cavaliers for their first home game of the season on Oct. 21. After kicking off the season with a road loss to the Toronto Raptors, the Cavs look to start their year at the Quicken Loans Arena with a win, taking on the Atlanta Hawks. All eyes were on Tristan, and he came out strong — even scoring the very first basket of the night to get the Cavs off to a good start!

Tristan’s previous season was marred by his infidelities — he was caught cheating on Khloe just days before their daughter, True, was born. During an April 11 game, he was booed by Cavs fans whenever he was shown on the big screen. During the playoffs, after celebrating the Cavs’ win over the Indiana Pacers, Tristan poured water over LeBron while he gave a post-game interview (and many trolled him by saying that was his only appearance in the paint.) During the 2018 NBA Finals, his only major move was when he got ejected after shoving a basketball into Draymond Green’s face. This season may be Tristan’s chance to wipe the slate clean with his team, but what about the situation at home?

Much like the ball after tipoff, things between Tristan and Khloe remain “up in the air,” as their relationship seems “more unstable” than ever. Tristan’s cheating scandal – in which he allegedly two-timed a then-pregnant Khloe – still haunts their relationship, to the point that Tristan doesn’t think Khloe will ever forgive him. At this point, KoKo has “pumped the breaks” on possibly moving out to Cleveland, which pleases Kim Kardashian, 37, to no end. As it is, HollywoodLife.com EXCLUSIVELY learned that Khloe was thinking of taking a break from Tristan at the start of the NBA Season while she got her head right and figured out what to do with him. 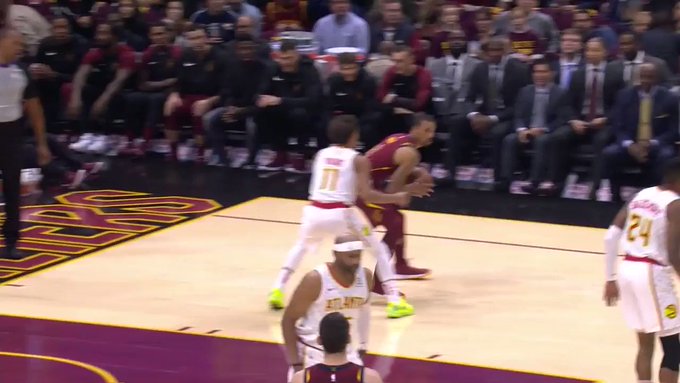 It’s a good thing that Tristan doesn’t play baseball, because he’s striking out with everyone. In addition to his troubles with Khloe, Tristan put a huge bull’s-eye on the Cavaliers’ back during the preseason. With the team losing LeBron, 33, a lot of fans have counted the Cavs out as potential contenders for the NBA title. Tristan took umbrage at this.

“We’re still four-time Eastern Conference champions,” he told reporters in late September, per CBS Sports, “so until you take us down from that, teams ain’t got much to say. Boston, Philly, they ain’t got much to say. Boston had home court in Game 7 and lost. Philly, you guys almost got swept. Toronto — we already know that story. So, until someone takes us down, there’s not much they can really say.” Uh, that’s a lot of brave talk for a team that has lost arguably the best player the game has ever seen (and that’s a giant chip on his shoulder.)

Teresa Giudice Asks Crowd to Pray Husband ‘Gets to Come Home and See Our Daughter Graduate’!