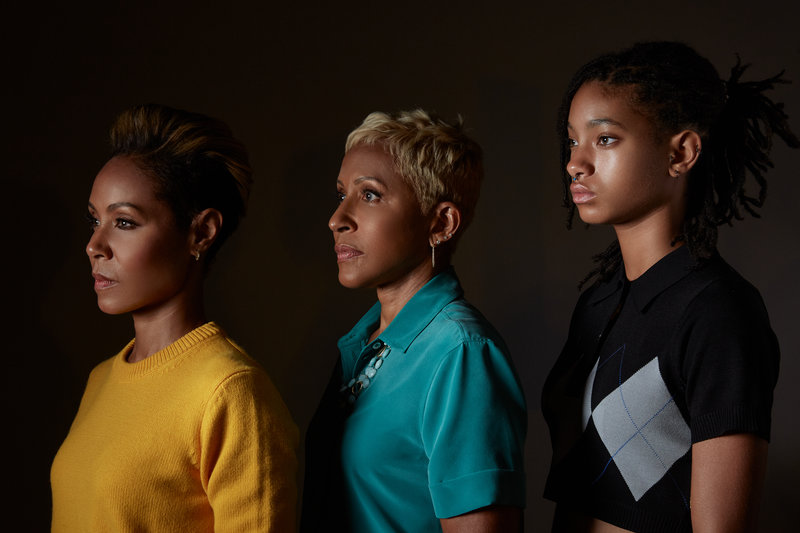 FacebookJada Pinkett Smith at ‘Angel Has Fallen’ Premiere While their marriage therapist agreed the situation was “tragic,” she eventually just had to look at Paula and say, “You’re a...
by Raquel Jayson October 6, 2019 247 Views

While their marriage therapist agreed the situation was “tragic,” she eventually just had to look at Paula and say, “You’re a lesbian, and she’s not.”

In TooFab’s exclusive sneak peek of her appearance on Monday’s episode of “Red Table Talk” on Facebook Watch, Pastor Paula speaks candidly with Jada Pinkett Smith, her daughter Willow Smith and her mother Adrienne Banfield-Norris about how her family reacted to her decision to transition.

Before her transition, she went by “Paul” and was married to a woman she loved deeply. According to Paula, she hoped her wife would be open to staying in the marriage despite her transition, but she ultimately opted for divorce. While their marriage therapist agreed the situation was “tragic,” the therapist eventually just had to look at Paula and say, “You’re a lesbian, and she’s not.”

“That, I think, was my realization that it wasn’t fair to her, that she needs to be true to herself as well,” Paula told Jada. “She’s not attracted to women, and so [the divorce] was her decision. It was difficult for me. And this for sure,” she added, fighting back tears, “has been devastating.”

Paula told Jada that her wife was the first person she told about her plan to transition, tearfully adding that that was “the hardest part” of it all.

Paula went on to describe her life growing up, knowing inside that she was someone else. “It was tough,” she said. “I mean, I knew from the time I was 3 or 4 I was transgender, so it’s like, ‘Well the gender fairy will arrive, and I will get to choose what I am — a girl.’ And of course, it didn’t happen.”

“I didn’t hate being a boy; I just knew I wasn’t one,” she continued. “But the longer life went, the more it’s like, ‘I don’t wanna do this to my family.’ But it was a call. I just sobbed. I screamed, ‘God, who the [pause] do you think you are to call me to this? I’m gonna lose everything. My family’s gonna suffer.'”

“But I knew I had been called, and if you reject a call, it’s your own peril,” she added, which Jada called “real talk.” Smith wondered if she would have the same courage Paula did, as Adrienne point-blank said she “wouldn’t have done it.”

“There is so much judgement in the world,” she explained. “And you’re risking everything. Your family!”

Paula wrote in a blog post from earlier this week that she and her family gathered around Jada’s red table for nearly two hours, though the show typically runs only 30 minutes. She feels “there was a fair amount of conversation about the difficulty all of us have had integrating the two halves of our common family experience.”

“It gets easier with the passing of time, but it will never be easy. I suppose that is how things are for those who blaze a trail. Not many evangelical pastors transition genders,” she added. “As many have discovered before me, few things that are sacred and holy and for the greater good are easy.”

After her transition, Paula was fired from Orchard Group and from the Christian Standard periodical, where she worked as the editor. She’s now a pastor at Left Hand Church in Longmont, Colorado. She’s hosted several TED Talks, sometimes accompanied by her son, Jonathan Williams.

Atlanta Health Dept Asking Anyone That Ate At This Restaurant Wednesday To Call. A Server Has Hepatitis A.