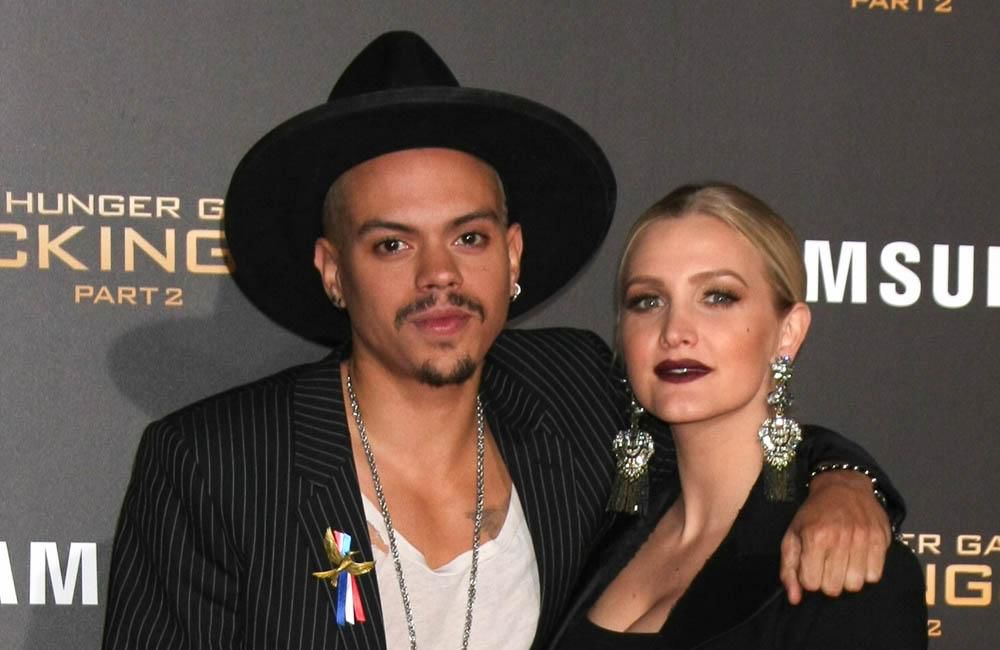 Ashlee Simpson’s husband Evan Ross is opening up about his father’s death on the upcoming episode of Ashlee + Evan. RadarOnline.com can reveal details on the tragic accident that...
by Raquel Jayson October 13, 2018 4151 Views

Ashlee Simpson’s husband Evan Ross is opening up about his father’s death on the upcoming episode of Ashlee + Evan. RadarOnline.com can reveal details on the tragic accident that killed Diana Ross’ second husband.

“My father passed away when I was 15 years old,” Ross said in a sneak peek. “He was climbing and he had fallen.”

Simpson added of her husband climbing, “I want Evan to do this because it takes him back to his roots.”

The New York Times reported in 2004 that Evans’ father Arne Naess Jr., who was a Norwegian Shipping Tycoon, passed away at 66 when he fell while climbing in the Groot Drakenstein mountains near Cape Town.

According to the site, Naess was climbing on his own with little protective gear. He did have ropes and a harness on.

He fell 320 feet to his death. No foul play was suspected at the time.

PHOTOS: ‘Her Dad Is Her Boyfriend’: Jessica Simpson’s Bizarre Interview With ‘Extra’ In 13 Clicks

Wilderness Search and Rescue spokesperson Kevin Tromp told BBC at the time that Naess “wanted to climb a ridge that had never been climbed before.”

The ridge wasn’t difficult, but was “not on a clean line.”

“Mr. Naess fell while he was abseiling,” he explained. “His camping device, which locks in the crags of rocks, had come loose.”

PHOTOS: Life According To Jessica Simpson! 18 Of The Star’s Wackiest Quotes

Naess was known as an experienced mountain climber who even led a group to the summit of Mount Everest in 1985.

He shared two children with the iconic singer, sons Ross and Evan. They were married from 1985 to 2000.

Kim Kardashian: Having 3 kids has taken a toll on my marriage to Kanye West